Look at it, categorise it, compare it, repair it.

These are the four essential steps for effective maintenance of wind-turbine rotor blades in the field, but they remain neglected in too many cases in the US market, argued Arnold Wilmink at Windpower Monthly’s Blade US forum in Austin, Texas, in November.

Wilmink is currently floating in the RWE-E.on corporate-merger neverland, but answered to the title of head of technical support and engineering at E.on at the event.

The utility has more than 4GW of renewables assets, mainly wind, in the US.

Born and raised in the Netherlands, but located in the US for the past few years, Wilmink highlighted the wide cultural difference between Europe and North America in their approach to maintenance strategies, which he illustrated with his experience of new car ownership across the two continents.

(German manufacturer) Audi provides a comprehensive support package, checking everything on the car in painstaking detail even if an emergency call-out was for nothing more consequential than a flat tyre.

All very reassuring, but time-consuming, which might be less than ideal when you have a long way to travel and two small children in the back seat wanting to know if they are nearly there yet.

By contrast, (US manufacturer) Ford offers a less fastidious and more pragmatic service. It aims to fix the immediate problem, and get the car back on the road as quickly as possible. 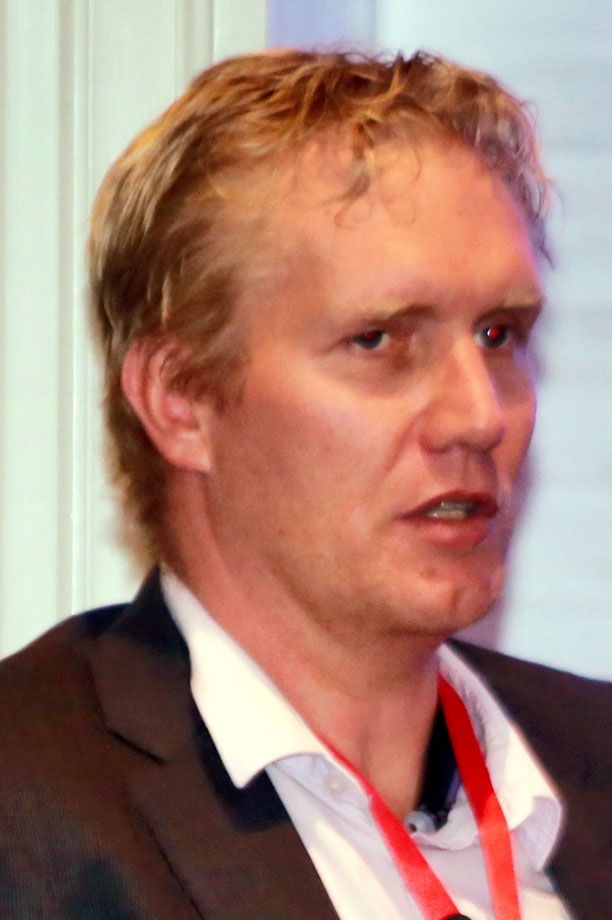 "Run to failure, which none of us thinks is a good idea, but which still happens. I’ve seen blades patched up with duct tape.

"Scheduled maintenance, which is how most of the industry operates today. And predictive and preventive strategies, which are better but take up more time and resources, and are more expensive."

Navigating a cost-effective path between scheduled and predictive operation and maintenance (O&M) regimes is the key to blade monitoring, repair and replacement for E.on’s wind assets in the US, he said.

Wilmink drew a diplomatic line between one of the hottest areas of contention in the blade maintenance debate.

To what extent are the wind turbine OEMs and blade suppliers responsible for the performance and quality of their products?

This has become a particularly pertinent issue over the past decade — in which three fifths of today’s US wind capacity has been installed, adding up to around 60GW — largely on the back of higher-rated turbines with much longer blades.

"In manufacturing terms, we blew up this business very quickly," he said.

"We produced really big blades, in really big numbers, at a very high rate. But quality control was not always optimal."

Wilmink gave credit to the blade suppliers for the quality-control improvements they have achieved in recent years, while pointing out that there remains a large — though yet uncounted — number of turbine blades in operation that contain flaws.

These defects are being revealed in various ways beyond the obvious catastrophic failures: production outputs falling short of predictions, for example, or lightning protection systems that have not proved effective.

The only answer currently available is regular and close inspection of the condition of the rotor blades, he said.

And the simplest and cheapest way of doing that — in most circumstances — is by using drones that can photograph the blades while in operation for later analysis. "It’s the easiest way to collect data."

Regular drone inspections are now a standard feature of E.on’s O&M procedures across its US fleet.

The leading-edge erosion problems and remedies the company has learned from its European offshore experience — a rather more challenging environment in terms of both generation and maintenance — has played an important role in how E.on has addressed inspection and monitoring of its US onshore turbines. 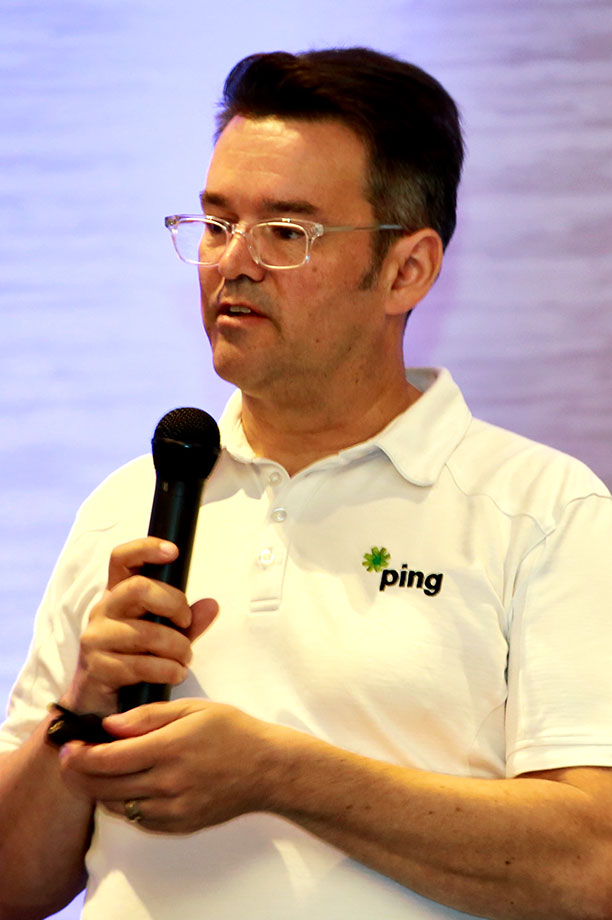 Acoustic engineer Matthew Stead (right), co-founder and CEO of Ping Services, made the case for ears as well as eyes in rotor-blade monitoring at the forum.

"Operators were telling me that their experienced wind-power technicians could hear when a blade is damaged," he said.

"And they asked me, why can’t you make a machine that does the same thing? So we’ve done it," Stead added.

"The simple fact is that blade damage makes a noise. And we’re got much better at knowing what it sounds like, and what defects it reveals," said Stead.

The Ping Monitor may be an unlikely looking piece of hi-tech equipment — roughly ukulele-shaped and sized, with magnets on the back to fix it to the wind-turbine tower — but, according to Stead, even at this very early stage in development, it is capable of pinpointing a 25mm flaw in a blade tip, and under 300mm in root cracks.

It is a very simple system to deploy. "Plug in and play," Stead explained in Austin.

The data the unit generates is available online, around the clock, with no requirement to stop turbine operation or employ technicians, and it is powered by its own solar panel.

Ping launched a three-month pilot programme in Victoria, Australia, in September at an unnamed wind farm, following a series of small-scale tests in Australia, Europe and the US earlier in the year.

Further refinements to its blade condition tracking algorithm are currently under development.