The International Energy Agency (IEA) forecast total offshore wind capacity to grow from 23GW at the end of 2018 to 342GW by 2040 in the ‘stated policies scenario’ of its Offshore Wind Outlook 2019 report.

This build-out will require global capital investment of $842 billion and will be enabled by even bigger, more efficient turbines, lower technological and financing costs, and supportive government policies.

However, the additional capacity will only result in offshore wind’s share of global electricity generation growing from 0.3% at the end of 2018 to 3.1% by 2040.

There is also increased use of energy storage and exploitation of hydrogen production creating further revenue streams and of floating offshore wind to unlock deeper water sites with higher quality wind resources.

Such policies and market developments encourage investors to boost spending to $1.3 trillion over the period, resulting in 562GW of total offshore wind capacity being installed by 2040 and accounting for 5.4% of global electricity generation, the IEA forecast. 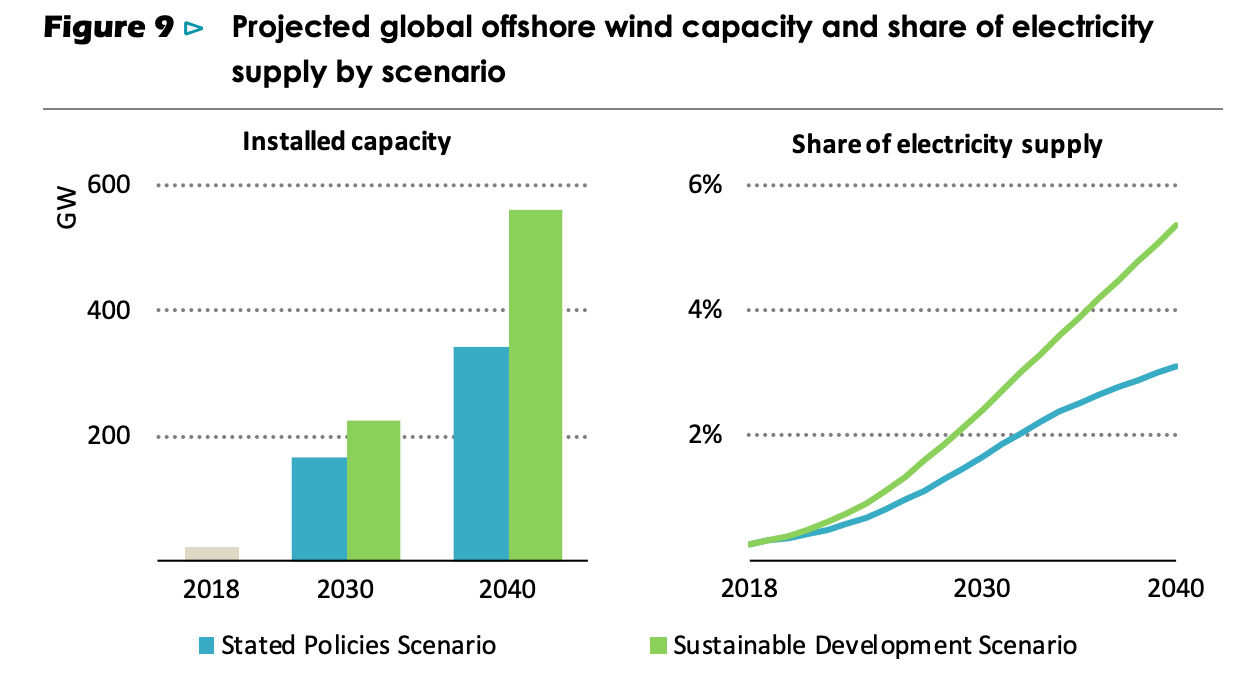 In both scenarios, offshore wind build-out is concentrated in six key markets: Europe, China, the US, South Korea, Japan and India.

Governments should provide greater stability for the industry by creating a long-term vision for offshore wind with precisely defined measures, the IEA suggested.

Frameworks are also needed to reduce financing, which today make up about 35-50% of overall project costs, the agency added.

This would boost market confidence and encourage more investment in the sector, it added.

"There is no one, single regulation that works to keep financial costs low. In Europe, each member state has tried a different kind of market design, for example," said Laura Cozzi, co-lead author of the report, and the IEA’s chief energy modeller.

"The right market design, for us, means that governments ensure that financing costs don’t create an additional burden for developers," Cozzi added.

The IEA also suggested offshore wind, with its relatively high capacity factors of around 40-50% for new-build wind farms, and low variability, is better-suited to providing security of supply than other variable clean energy sources, such as onshore wind and solar PV.

Meanwhile, developers of offshore wind farms dedicated to hydrogen production could avoid  transmission costs, which can account for about a third of the levelised cost of energy (LCOE), the IEA suggested.

The analysts forecast a 60% reduction in the costs of turbines, foundation and installations by 2040.

As hardware and financing costs fall, transmission costs will form about half of total project costs by 2040, up from about a quarter today, the IEA suggested. 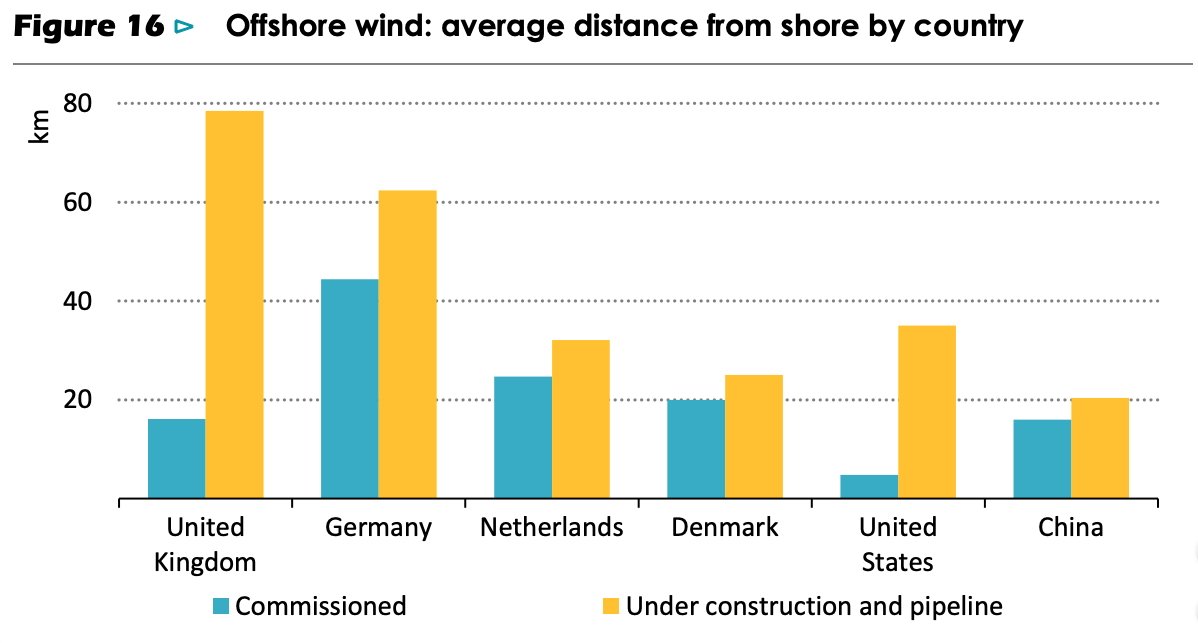 Therefore, technological innovations — such as expanding the limits of direct current cables — will be needed to help reduce transmission costs.

Transmission system operators may also be able to better coordinate and standardise projects for which connections fall under their remit, the IEA suggested.

The agency also warned without appropriate reinforcements and perhaps some expansion of the grid, electricity from offshore wind may be curtailed.

Co-lead author of the report and the lead on the power sector in the IEA’s forthcoming World Energy Outlook, Brent Wanner, said: "We’re getting very large amounts of power connected through just a few contact points on the onshore grid. It shouldn’t be taken for granted that this can be done so easily."

He added that policymakers should have a "comprehensive" plan for grid expansion and should develop the grid "in parallel" with offshore wind build-out.