The commissioning of Horns Rev 3 earlier this year provides a unique opportunity to compare the output and efficiency of three generations of closely located offshore wind projects — on the west coast of Denmark in the North Sea.

The data here — collated for Windpower Monthly’s quarterly sister publication, WindMax — covers the overall generation output of all three projects for the second quarter of 2019. 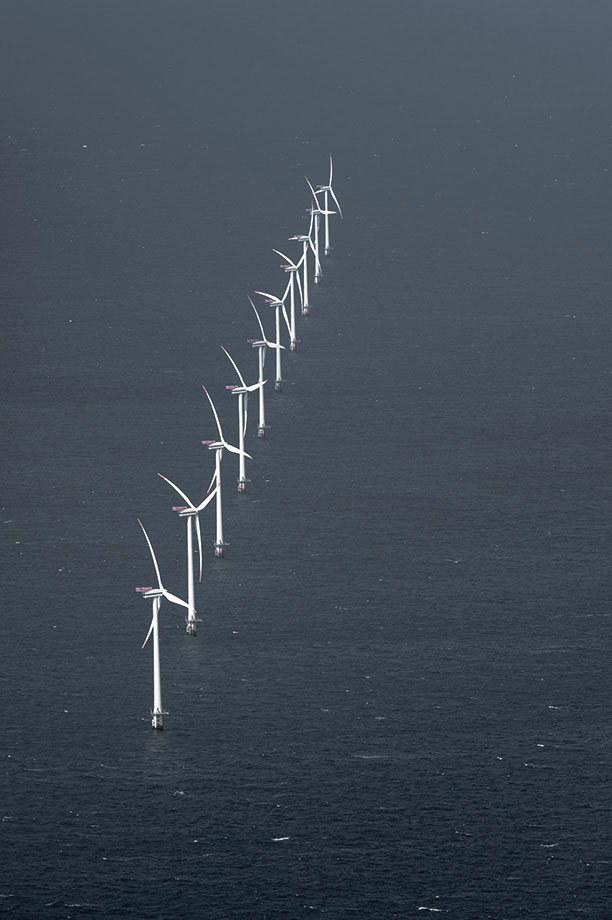 Horns Rev 1 (left) was the world’s first utility-scale offshore wind farm when it was commissioned in 2002.

Developed by Vattenfall and the company now known as Ørsted, its 160MW of capacity is provided by 80 Vestas (now MHI Vestas) 2MW turbines, with rotor diameters of 80 metres on hub heights of 70 metres.

Their specific power rating is 398W/m2. The turbines are installed within 18km of shore in maximum water depths of 14 metres.

They are no further than 32km from the coast in water depths of up to 17 metres.

At nearly twice the capacity of Horns Rev 2, but featuring a little over half the number of turbines, Horns Rev 3 came fully online in early 2019.

The 407MW project is equipped with 49 MHI Vestas V164-8.3MW turbines with 164-metre rotor diameters and hub heights of 105 metres. Specific power rating is 393W/m2. They were installed up to 34km from shore in water depths of up to 20 metres.

The average output of the 2.0MW Horns Rev 1 turbines from April to June was 1,160MWh, translating into a capacity factor of 27%.

The 2.3MW machines at Horns Rev 2 returned an average of 1,865MWh, a 63% improvement per turbine, despite only a 15% rise in nameplate capacity.

The quarterly figures conceal wide ranges of performance over individual months according to wind speeds.

UL’s Wind Trends Bulletin reported wind speeds over Denmark in April as being 4.6% below the monthly average, climbing to 15.8% above the norm in May, before dropping to 1.8% below in June. Unsurprisingly, May witnessed by far the highest output figures. 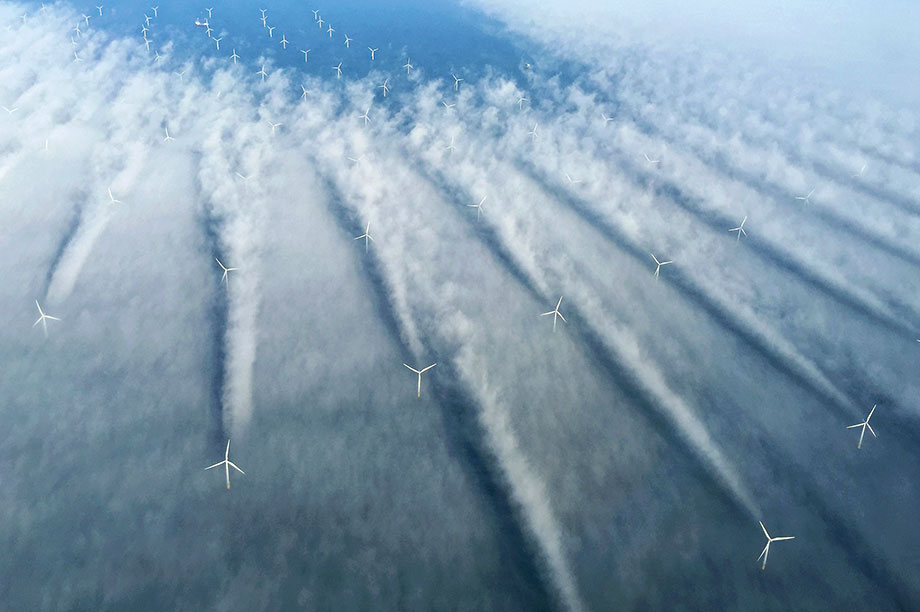 This was particularly true of the smallest and oldest turbines: the Horns Rev 1 machines generated nearly half their electricity for the quarter in May alone, but less than a fifth during April.

Horns Rev 2’s turbines (right) managed a smoother output — 40% in May, and 30% in April and June. The big new machinery at Horns Rev 3 made a slow start; average output per turbine in April was 1,227MWh, a little over twice that of the Horns Rev 2 units, despite the rated capacity of its turbines being 3.6 times the size.

That changed in May, with the 2,706MWh of power generated per turbine at Horns Rev 3 representing 3.6 times the output of the Horns Rev 2 turbines, achieving parity per megawatt.

And they did even better in June, with an average output of 2,245MWh ­­— just over four times the 556MWh generated by the 2.3MW Siemens machines.

The modest output of Horns Rev 3 in April can probably be attributed to operational interruptions caused by work on the cable link to Horns Rev 2.

If we consider only June’s figures for a direct comparison between the three projects, it shows that the Horns Rev 1 turbines were producing 188MWh/MW, the Horns Rev 2 machines were recording 241MWh/MW, and the Horns Rev 3 units 270MWh/MW.

There is a clear gap between the operating efficiency of the three generations of turbine technology in favour of the latest machinery.

But considering their age, the 2MW Vestas turbines are still performing very creditably. An operating life of beyond 20 years looks increasingly likely.