Repairing rotor blades once they have suffered leading-edge erosion damage is costly and time-consuming, so prevention is definitely better than cure.

SGRE has launched a validated new leading-edge protection (LEP) upgrade solution that aims to do just that, and it can be retrofitted to existing turbines operating in the field. 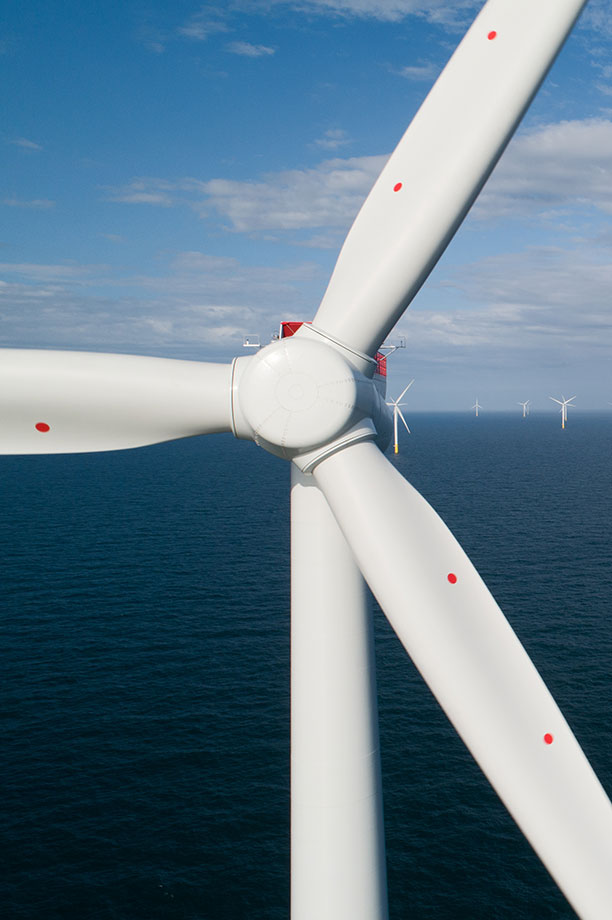 Offshore-turbine blades typically suffer the most serious erosion-related negative impacts, especially around the blade’s tip section leading-edge area, which is the most exposed to the harsh environment at sea.

"We generally don’t see much correlation with tip clearance to sea level," he says. "Erosion is more a function of rainfall."

"The primary reasons why an offshore turbine is more exposed to erosion is a combination of rainfall, typically larger rotors, and usually increased tip speed.

"And they generally operate with a higher capacity factor, meaning the turbines operate at the nominal output tip speed more of the time," Leong explains.

Looking after both onshore and offshore blades, he has in-depth knowledge about the nature and costs linked to leading-edge erosion damage faced by OEMs.

Together with Jeff Elberling, team manager for blade-service research and development, Leong is based at the company’s blade R&D centre in Boulder, Colorado, in the US, although the LEP solution was mainly developed in Denmark.

The upgrade has been commercially available since May 2018 to help project owners and operators control blade maintenance costs, and, ultimately, reduce the lifetime levelised cost of energy.

"This allowed us to draw from extensive experiences with an existing, validated in-house developed LEP solution that was developed some years ago for new SGRE blades," he says. 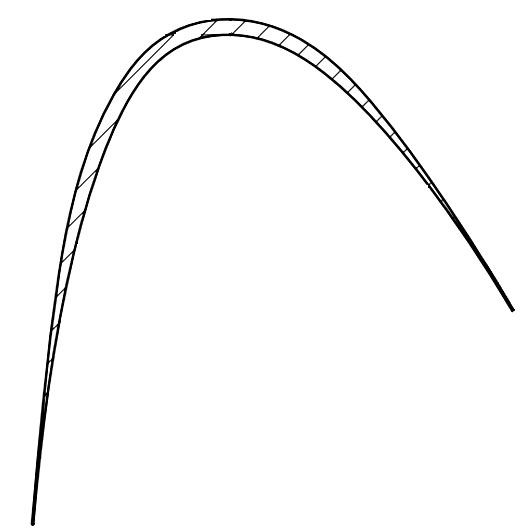 The practical part of LEP is applying flexible precast, pre-curved polyurethane shell segments to a blade’s leading-edge in standard lengths of one metre.

The total installed LEP length on a blade can be tailored to turbine and site conditions. SGRE has installed lengths of 3.0-16 metres.

Their cross-sectional shape is thickest at the rounded part and then cones gradually to be thinnest at the edges, where it matches the original aerofoil (see image, right).

These individual shells must fit different blade geometries, and the pre-curved shapes to match specific aerodynamic profiles near the blade tip are therefore tailored to blade-specific aerofoils.

Generic shapes are applied for "thicker" blade profiles on sections closer towards the rotor centre.

The shells can be accompanied by vortex generators to ensure maximised aerodynamic efficiency and power output.

"All are placed along the leading-edge, starting at the erosion-prone blade-tip section and moving towards the blade centre, up to where and when required", explains Elberling, elaborating on the underlying technology principles: "Polyurethane is a type of plastics polymer known for its compressible surface structure.

"This makes it perform very effectively in absorbing energy from particles continuously hitting the blade surfaces."

This cumulative eroding impact ranges from being bombarded with wave-swept water particles, reinforced by blade "surface hammering" with air-swept rainwater droplets during showers, dust and dirt particles, snow and icing, and temperature fluctuations.

A second important determining parameter for the potential severity of leading-edge erosion damage is the rotor-blade rated tip speed, Elberling points out.

A major challenge for the R&D team was that blade installation of LEP actions must be conducted in far less favourable circumstances than the climate-controlled conditions in an "ideal" factory environment.

This requires a suitable adhesive for attaching and bonding the polyurethane shells to the blade surface and sub-structure composite of the original blade.

"It had to be applicable in the open with an ambient temperature range of 5-25C, and up to 85% humidity levels.

"And, of course, we prefer dry weather conditions, when it is much easier to makes certain that the contact area for bonding is sufficiently dry. We also had to develop all the necessary working procedures for putting on the polyurethane shells."

The final procedure for a blade mounted on a turbine involves using either rope, basket or jack-up access to reach the affected blade surface.

The area to which the retrofit kit is to be applied needs to be sanded to the required roughness. Then the adhesive is applied, "rolling" the flexible shells over the impacted roughened area and using a hard roller to achieve a firm bonding between the shell and the original composite.

Finally, a scraper is used to spread out any surplus adhesive over the blade surface towards the trailing edge, filling up surface damages and voids — and to provide an edge sealer between the shell and blade surface, which restores original aerodynamic performance.

"The main outputs are determining erosion severity, where on the blade surface it will mainly fall, and the expected erosion damage progress on a timescale."

When erosion depth increases, so does the structural risk for additional lamination damages, he adds. The theoretical model has a built-in capability to predict the optimal timing for a retrofit, which must be carried out before lamination damage starts to avoid a much costlier remedying process at a later stage.

"The second simulation tool mode can use any data source to calibrate the erosion model, such as customer-submitted photos, as long as the level and position of any erosion on the blade are accurate," Elberling continues.

"One example is determining the critical erosion severity level positions at a given blade and operating under specific conditions."

A first prototype of the blade retrofit was completed nearly three years ago and has been operating well since then, according to Leong.

In the past two years, around 700 turbine blades — onshore and offshore — have been refitted, with more than 1,300 blades still on the books.

Earlier this year, SGRE retrofitted some of the 2MW Vestas turbines of the 160MW Princess Amalia offshore site in the Netherlands, which was commissioned in 2008. 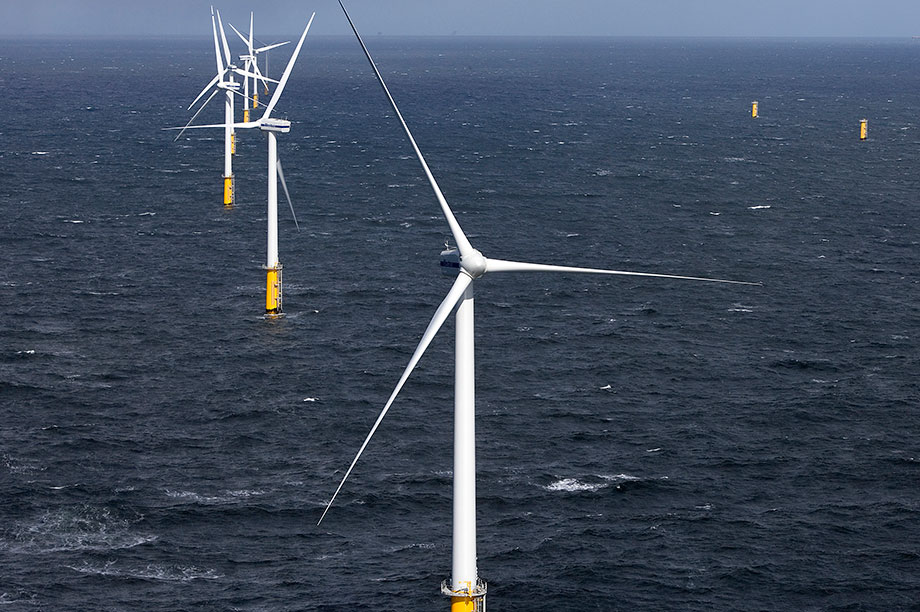 Upgrade… Some of the Vestas turbines at the Princess Amalia project were retrofitted with the LEP solution (pic: Eneco)

"SGRE already had a gearbox service agreement with these wind-farm owners, and they explicitly mentioned a serious erosion-damage issue with these blades to us," says Leong.

"Also, there apparently was no alternative solution available yet."

The overall LEP concept is currently going through the full certification process with DNV GL. SGRE offers a five-year standard warranty on material and labour, with lifetime warranties available.

"We are particularly pleased with the excellent aerodynamic and performance characteristics of LEP as an overall solution. The erosion model is quite accurate, and we have it pretty much figured out, so no major improvements are expected," Leong and Elberling conclude.

Windpower Monthly is hosting Blades Europe, a two-day forum for owners and operators to share technical know-how and best practices for their operations and maintenance strategies. The event takes place in Berlin, Germany on 18-19 February 2020.