IntelStor, led by long-time market observer Philip Totaro, forecasts the weighted average price of onshore wind turbines could increase by 1.7% in 2020 and another 3.15% in 2021.

The IntelStor figures said turbine prices had seen a weighted average 6.41% per year reduction in prices over the past five-year period.

However, with the US-China trade war, the increased cost of some commodities and the "perceived reduction in the number of wind turbine suppliers", IntelStor believes turbine prices could increase to $1.11 million/MW in 2020, and $1.15 million/MW in 2021. 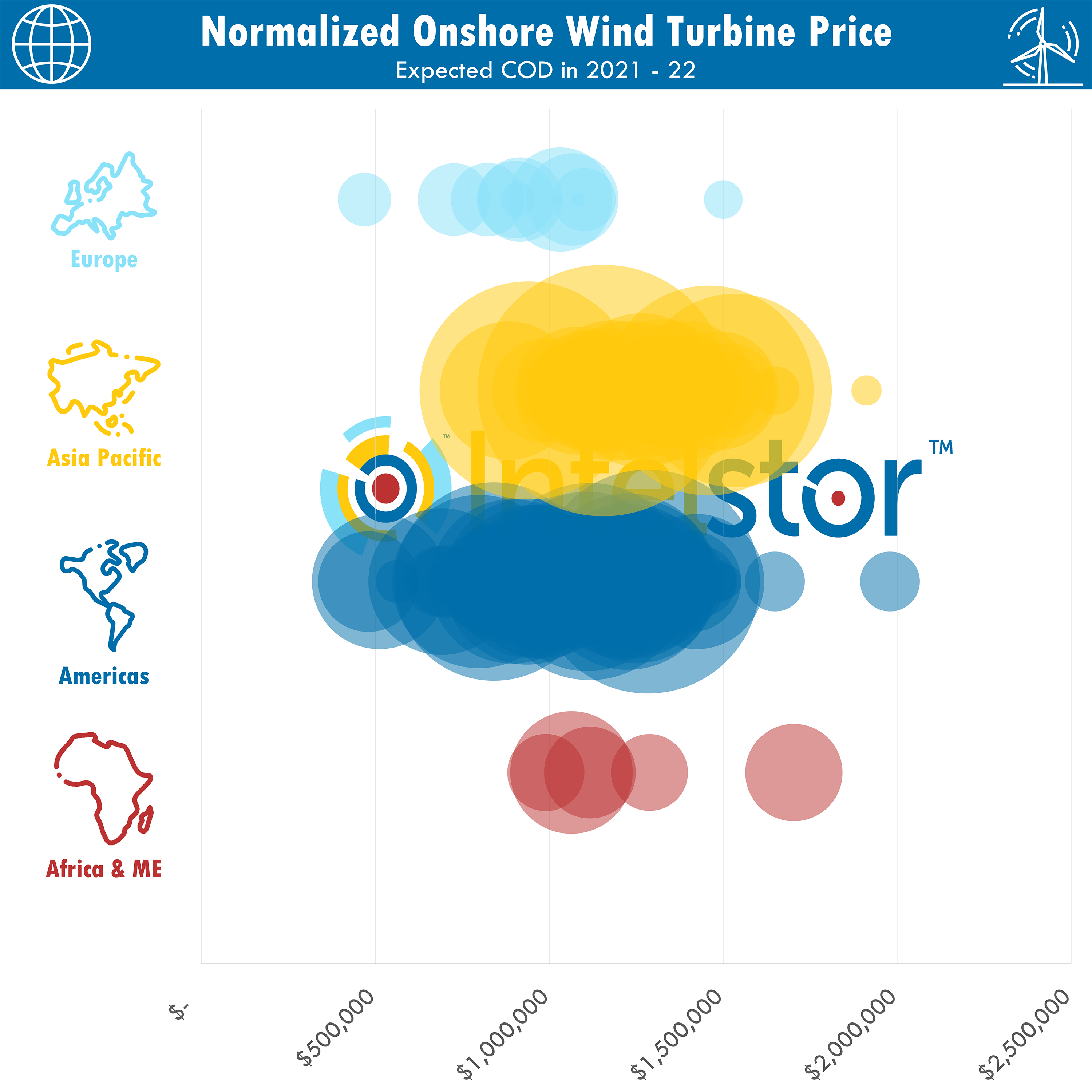 The cost analysis predicts turbine prices "bottoming out" at $550,000/MW for some projects in Brazil, as the Americas see some of the lowest prices, while Europe will "remain soft" with prices between $750,000/MW and $1.1 million/MW.

Elsewhere, Asia-Pacific projects could see a spread of turbine prices of between $1 million/MW and $1.68 million/MWh "with a few outliers".

"These increases are a result of a combination of factors including some commodity cost increases, tariffs on some major components such as permanent magnets as well as wind turbine towers," IntelStor said, plus Senvion’s likely exit from the market.

"Globally, the cost of towers is seeing an increase weighed down by import tariffs in the US from several Asian countries. Additionally, permanent magnet costs have increased recently due to China withholding some supply to western markets as part of the ongoing trade dispute with the US."

IntelStor’s analysis suggests some OEMs are using lower turbine prices "as leverage in their commercial negotiations to obtain more favourable rate son their long-term service contracts", shifting the total turbine costs from a project’s Capex toward its Opex.