Some time over the next few weeks — following the full commissioning of the Hornsea One and East Anglia 1 projects ­— the UK’s offshore wind operating capacity will tip over 10GW.

A journey that began at the turn of the century with two small turbines in shallow waters close to shore has now stretched to 1GW-plus projects, more than 100km from land and in much deeper waters, powered by turbines of four times the capacity with twice the rotor diameter.

The price of offshore wind-generated energy has plummeted in recent years.

The UK’s first round of auctions under the contracts for difference (CfD) scheme in 2015 resulted in strike prices of a little under £120/MWh. The average price in 2019’s round, announced in late September, was around £40/MWh.

Here are some of the milestones on that journey:

German utility E.on leads a consortium that installs the UK’s first offshore wind turbines, close to the shore of north-east England. The Blyth pilot project consists of two 2MW Vestas turbines with rotor diameters of 66 metres. The turbines were decommissioned earlier this year after more than 18 years of operation.

North Hoyle (pictured below) becomes the UK’s first commercial-scale offshore project. Developed by RWE and located in the Irish Sea, 7km from land in water depths of 7-11 metres, it is equipped with 30 Vestas V80-2.0MW turbines. 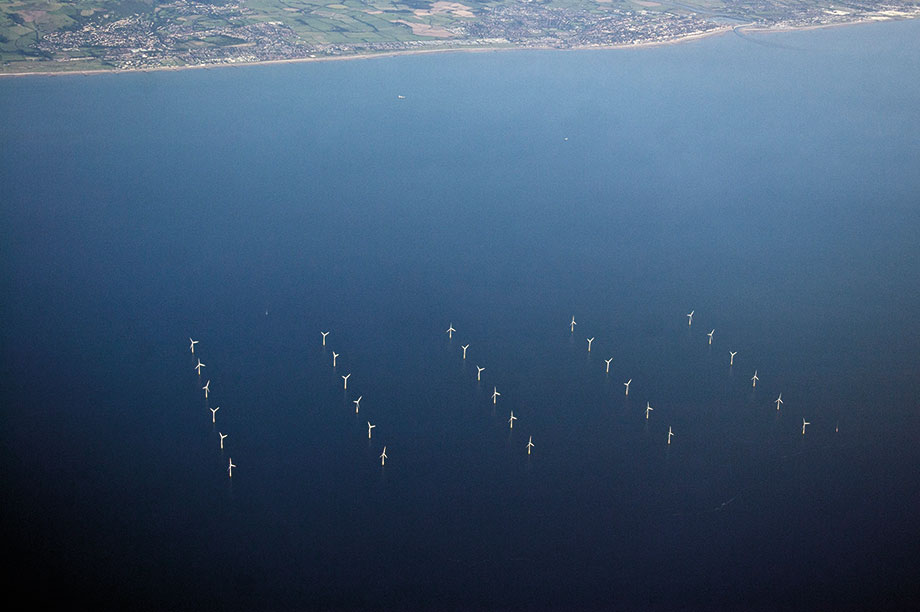 Utility SSE takes UK offshore into uncharted waters — 13km from the coast of north-east Scotland, in water depths of more than 40 metres.

The 10MW Beatrice Demonstrator project is the first in the UK to use jacket foundations, and Repower’s (now Senvion) new class-leading 5MW turbine boasting a rotor diameter of 126 metres.

Centrica commissions the Lynn and Inner Dowsing project in the North Sea. At 194MW in capacity, it is more than twice the size of any UK offshore project built before, and uses 54 Siemens SWT-3.6-107 units.

Vattenfall opts for Senvion’s 5M126 turbine and jacket foundations for the 150MW Ormonde project in the Irish Sea. Ormonde remains the only commercial project in the UK using Senvion hardware, and , until this year, the only large-scale site to use jackets.

The 630MW London Array site in the Thames Estuary, with 175 Siemens 3.6MW turbines featuring the new extended rotor diameter of 120 metres, becomes the world’s biggest offshore wind farm, a title it will hold for five years.

With over 3.6GW of total operating capacity, the UK is the global offshore wind sector’s clear leader.

Introduction of the first contracts for difference (CfD) auction for offshore development results in average bids of £117.41/MWh (€132.37MWh) over 15 years.

The first project featuring the new generation of super-size turbines — Ørsted’s 210MW Westermost Rough — is fully commissioned. It is powered by 35 of Siemens’ new 6MW direct-drive platform with a 154-metre rotor.

However, the biggest new development of the year is RWE’s 576MW Gwynt y Mor project off the coast of Wales in the Irish Sea.

Its 160 turbines brings the total number of Siemens 3.6MW machines operating in UK waters to exactly 1,000. Cumulative offshore capacity tops 5GW by the end of the year.

Ørsted’s 258MW Burbo Bank Extension becomes the first project in the world to deploy the MHI Vestas V164-8.0MW turbine, four times as powerful and with a rotor diameter of more than twice the size of the country’s first offshore machines.

The big new turbine — with an enhanced power rating of 8.3MW — is also specified for the 41.5MW Blyth Offshore Demonstrator, developed by EDF Renewables, the first in the UK to use gravity-base foundations.

By comparison, the strike price agreed for the long overdue Hinkley Point C nuclear plant is £92.50/MWh for 35 years.

Designed to test the latest offshore technology, it features 11 MHI-Vestas V164 turbines rated at 8.4MW, and suction bucket foundations, the first of their kind in UK waters.

The UK government confirms its sector deal with the offshore wind industry, setting a target for 30GW of capacity by 2030.

The 588MW Beatrice project in the North Sea is commissioned, while work continues apace on Ørsted’s massive 1,218MW Hornsea One development, the furthest yet from shore at 120km, and Iberdrola’s 714MW East Anglia 1 (pictured below).

All three wind farms are equipped with the 7MW Siemens Gamesa turbine, while Beatrice and East Anglia 1 also make use of jacket foundations.

Full completion of Hornsea One and East Anglia 1 will take the UK’s offshore operating capacity to 10,065MW. 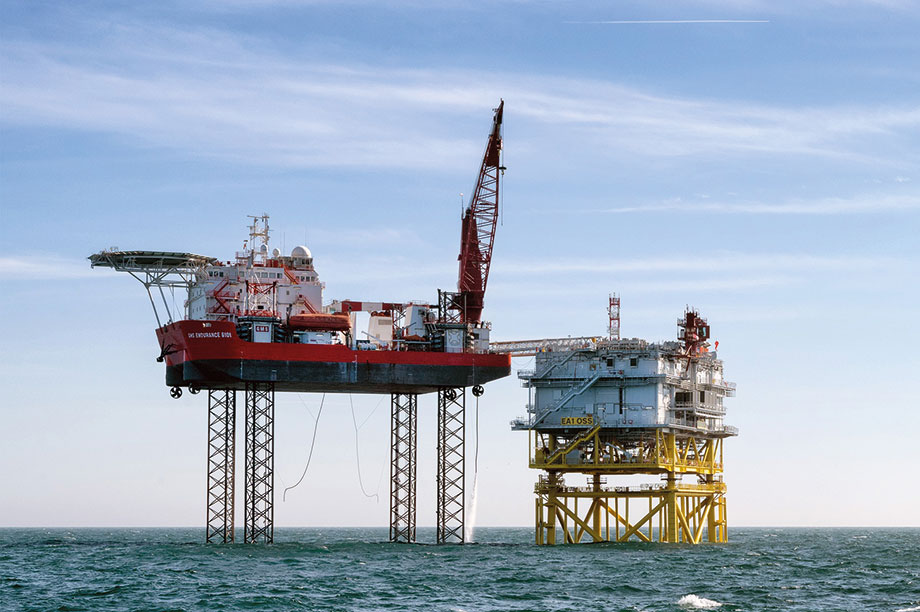 Seabed landlord, the Crown Estate, opens its fourth leasing round for sites with at least 7GW of potential capacity.

Offshore wind wins nearly 5.5GW of new capacity in third CfD round with bids around the £40/MWh mark, one third of the price in 2015.