The memorandum of understanding with CPIH — a subsidiary of the State Power Investment Corporation (SPIC) — was signed at a ceremony in Beijing between Equinor's executive vice president of new energy solutions, Pål Eitrheim and CPIH president Jan Tian.

China is on course to install 20GW of offshore wind capacity by 2023, according to recent predictions from the Global Wind Energy Council (GWEC).

Equinor has an offshore wind portfolio of almost 9GW either in operation or in development across the UK, the US, Spain, Norway, Poland and South Korea.

The developer most recently secured a support deal in the UK's contracts for difference auction in mid-September for 3.6GW of capacity in the North Sea with partner SSE. 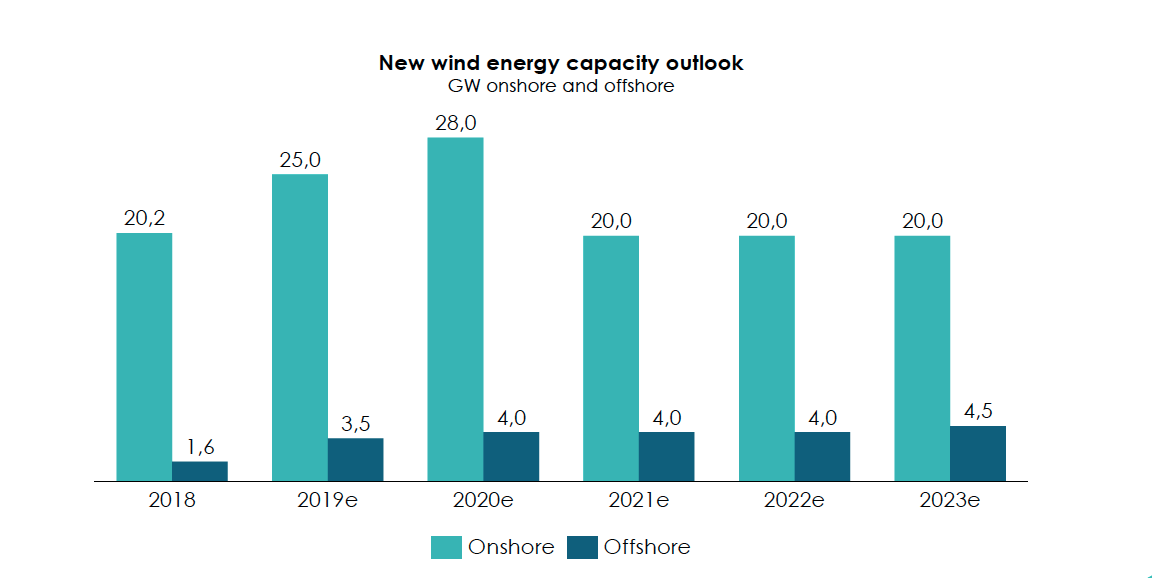 Søren Lassen, senior research analyst at Wood Mackenzie Power and Renewables (WMPR) said 2019 is going to be a marquee year for Equinor in offshore wind.

"The MoU between CPIH and Equinor comes in the wake of two major tender victories in the US (816MW) and UK (1,800MW). Equinor also secured subsidies for its 88MW Hywind Tampen project located in Norway this year, which will be the largest floating offshore wind project in the world once it is grid-connected in 2022," Lassen said.

According to Equinor, CPIH developed roughly 16GW of renewable energy capacity as of the end of 2017.

SPIC, meanwhile, is behind the 6GW subsidy-free onshore wind project being developed in northern China, which will be the largest wind project anywhere in the world.

Equinor's Eitrheim said China's offshore wind market will be the world's biggest by 2030.

CPIH's Tian added, "We strongly believe the collaboration between CPIH and Equinor in China and Europe will bring vast experience, knowledge and expertise to the industry. We look forward to deepen this partnership and develop a sustainable energy business together with our partner in both domestic and overseas markets."