Fossil-fuel divestment commitments have now passed the $11 trillion mark, according to figures from DivestInvest and 350.org released at the Financing the Future summit in South Africa in September.

Leading the movement to exit oil, gas and coal investments have been faith-based organisations, with 22 additional religious groups announcing their divestment commitments on the eve of the summit, solidifying their position as the single largest constituency getting out of fossil fuels.

"Now is the time to abandon our dependence on fossil fuels and move, quickly and decisively, towards forms of clean energy and a sustainable and circular economy," said Pope Francis, the leader of the Catholic church, in a message marking a religious holiday on 1 September. "We have caused a climate emergency that gravely threatens nature and life itself, including our own," he added.

Catholic groups have played a leading role in the divestment movement, but the pope is far from the only religious leader calling for action. Muslim authorities in the US and Canada, for example, have issued a fatwa —an Islamic religious ruling — calling on Muslim investment managers to develop fossil-free investment vehicles and asking individual Muslims to invest in renewable energy.

Moving towards a more proactive approach

Indeed, while the focus of religious investors has largely been on negative screening — avoiding investments in fossil fuels in this case, along with those in sectors such as weapons, tobacco, alcohol and pornography that may also clash with a religion’s core values — there is a growing push for faith groups to become more proactive in making investments in asset classes considered to be socially responsible, including renewable energy.

"It’s all very well to get out of carbon investments, but if you aren’t doing something positive with that, so what?" says Martin Palmer, president of FaithInvest, a UK-based non-profit set up earlier this year to help the world’s faiths accelerate growth in investments that align with their values and support the environment and sustainable development.

The divestment movement has put sustainable energy at the top of the agenda, he says. "There’s a growing idea that you should look at alternative energy, whether that means wind and solar farms or something else."

A clear frontrunner has been the Church of Sweden, which began divesting from fossil fuels a decade ago and exited its last gas company investments in 2014.

At the same time, via equity funds and green bonds, the church has invested in wind, solar and energy efficiency. Part of its climate strategy also rests on influencing other investors to redirect their portfolios.

"When I started my job in 2008, the church was very active in the climate-change debate, but many of our biggest holdings were in oil and mining companies," says Gunnela Hahn, head of sustainable investment at the Church of Sweden.

"We saw our investments weren’t aligned with the overall objectives of our church and the world."

Aside from the moral arguments for divesting, the church saw the financial risks of fossil assets. Before exiting fossil fuels, it simulated its financial returns five years back without the stocks from oil, cost and gas companies.

Returns did not suffer, which encouraged the church to divest.

The financial case for getting out of fossil fuels and investing in renewables has only strengthened over the past decade, says Hahn.

"With fossil fuels, we really see a big risk of stranded assets. While renewable energy is like any other investment in that it matters how you run a project or company, all else being equal, the business idea is a no-brainer because we will need renewable energy and energy-efficiency technology solutions, and business models that use less resources in general."

In the US, the Episcopal Church Pension Fund (CPF) displayed its green credentials earlier this year, announcing a $40 million investment in the $500-million New Energy Capital (NEC) Infrastructure Credit II fund set up to provide capital to solar, wind, energy-efficiency and hydropower developers in North America.

In 2017, the CPF took part in an interdenominational deal, teaming up with Wespath Benefits and Investments, the pension fund of the United Methodist Church.

The reach of faith-based investors is broad, including not only church pension funds and endowments, but also schools and universities, hospitals, relief agencies and other organisations backed by a religious group.

At the same time, more fossil-free and socially responsible investment options have become available to religious groups and other institutional investors.

The trend has also been seen in Islamic finance, with Indonesia last year becoming the first issuer of a sovereign green sukuk, a bond that complies with the sharia, Islamic religious law. 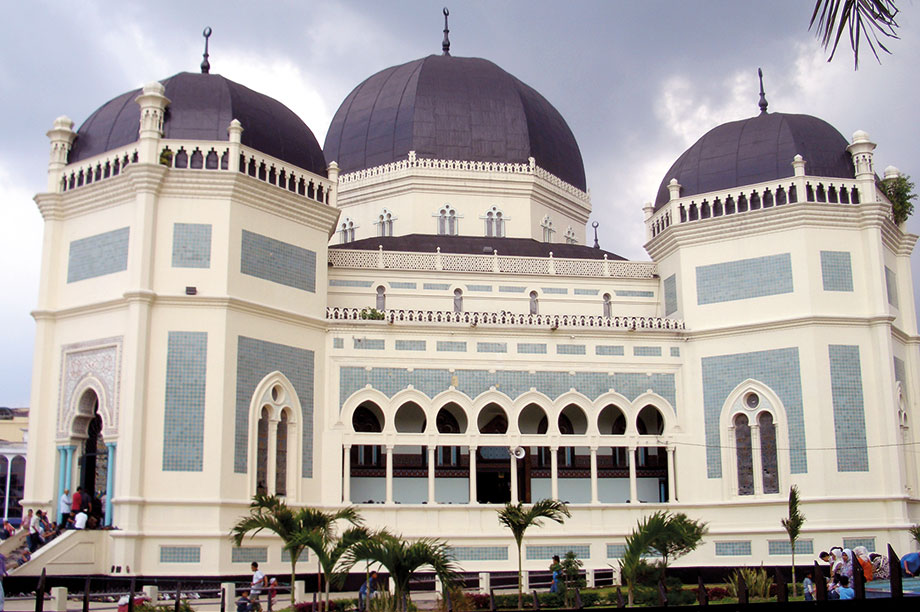 Tom Naughton, chief financial officer and director of investor relations at NEC Managers, says the asset-management group has seen an increase in investments from faith-based organisations over the past few years and an even bigger increase in interest.

NEC is now in talks with some of these faith-based organisations, which are looking at issues such as whether they should invest for impact, how much to allocate, where in the environmental sector and with what geographical focus.

The process takes a while, but faiths are typically seen as investing for the long haul.

"I expect faith-based organisations would be important sources of capital to funds like ours," says Naughton.

"We consider them to be very valuable long-term investors that care both about attractive financial returns and the environment."

FaithInvest is working with faith groups to assess their investment portfolios and priorities. A particular focus involves religious groups in Asia and India, where faith groups have a shorter history of ethical investing.

Working with the UN Development Programme (UNDP), the non-profit also hopes to help develop the pipeline of investable projects, not only in sustainable energy, but also in food and water.

"Since some of the things ethical investors tend to want to support may be very small, one thing we’re doing is to create a basket of small and mid-sized investments that would be financeable," notes Palmer.

Just how important a role the world’s faiths could play in financing the transition away from fossil fuels and towards renewable energy is unclear, but the potential appears significant.

Roughly 12-14% of the global capital market is estimated to be in the investment portfolios of major faith structures, with a further 4-5% owned by local religious organisations, says Palmer.

"If you add the people who are faithful to their religion and are troubled by markets and concerned about what they should invest in, that’s another whole sector that could be influenced," he says.

"A very crude estimate could take us up to almost 30% [of the global capital market]," Palmer concludes.