The massive test rig under construction in Aalborg will initially be used to test SGRE’s B94 blades for its SG 10.0-193 offshore wind turbine.

"The first tests will be on the 94 metre  blades for the SG 10.0-193 DD offshore wind turbine. We are however building the test stand to accommodate the blade sizes that we will see in the future," said SGRE head of validation means managements, Vicente García Muñoz.

Once in operation, the full rig occupies a large, open space next to the manufacturer’s blade production and testing halls.

A large area in front for the blades during static and dynamic testing supplements the rig’s upper steel-reinforced concrete structure with mounting flange. 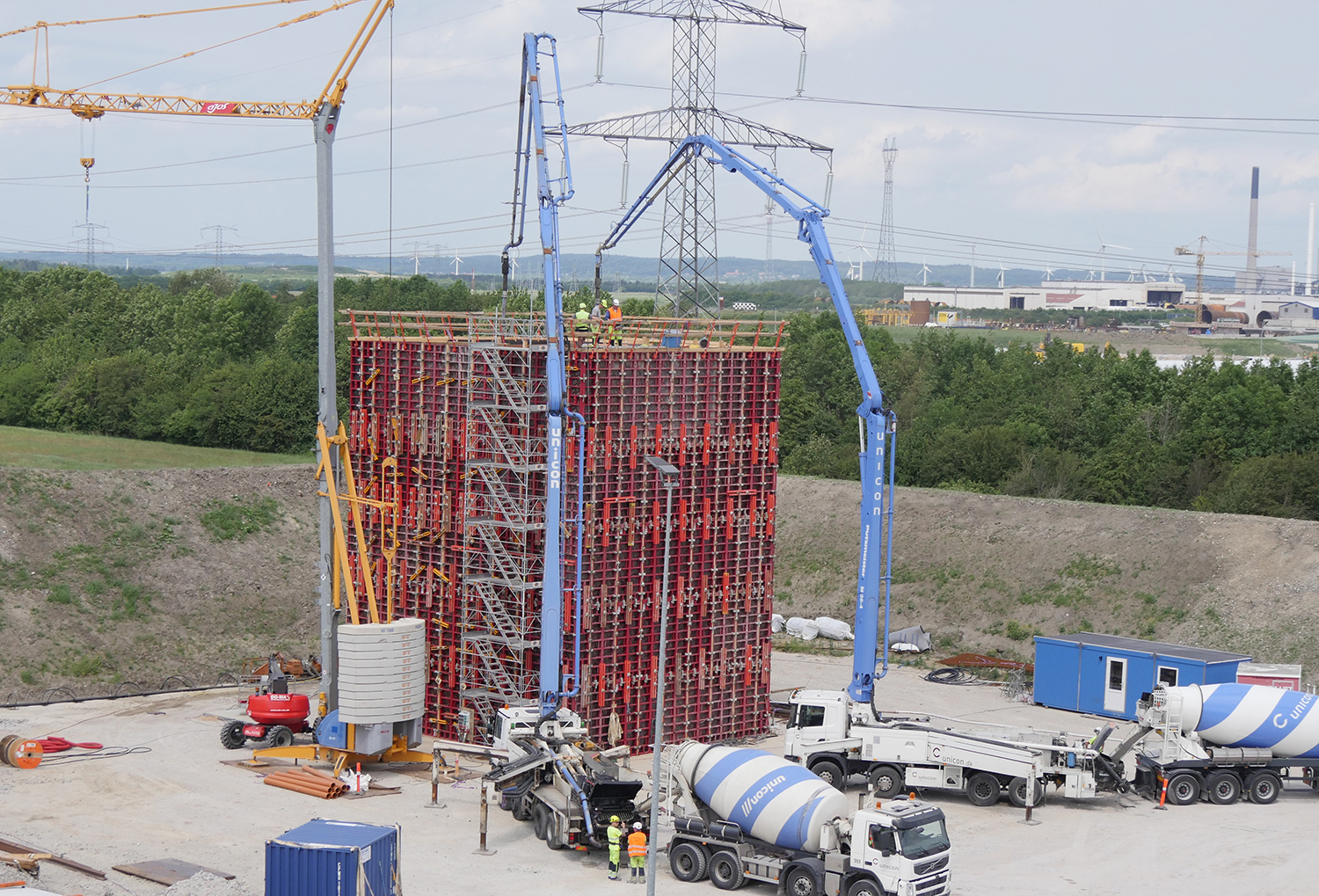 These elements will become an integral part of attaching the blades to the rig, with a heavy-duty steel mounting flange for various blade root diameters.

This requires very long bolts extending from the front flange to the structure’s rear. 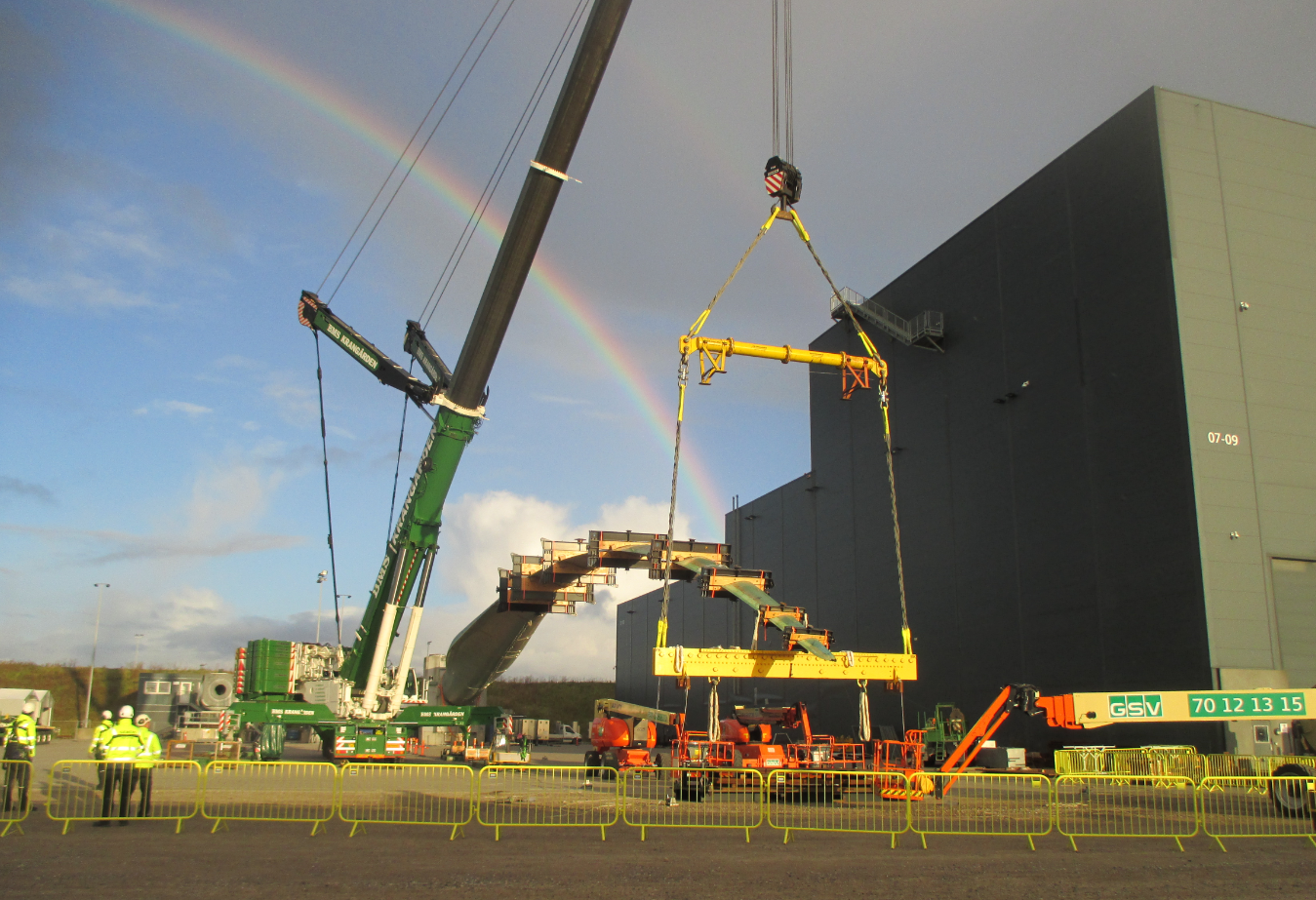 There is one operating in the open-air and the second ‘under cover’, but both are used for testing and validating the B81 blades for SGRE’s 8MW offshore wind turbine with a 167-metre rotor.

The outside rig is used for static tests, while the inside rig is to perform dynamic tests with the cover preventing unwanted external wind loads impacting measurements.