Its monitors use an algorithm to track blades’ ‘acoustic signature’ over time and rate their condition, the South Australia-based company said.

The three-month pilot program launched in early September, and will be the first major deployment of its Ping Monitor 2.0 software. It follows a series of tests in Australia, the US, and Europe.

Ping said acoustic-based data analytics can enable operators to carry out maintenance at an early-stage and reduce repair costs.

Its technology magnetically attaches to turbine towers, connects directly to satellites, and is powered by its own solar PV panel. 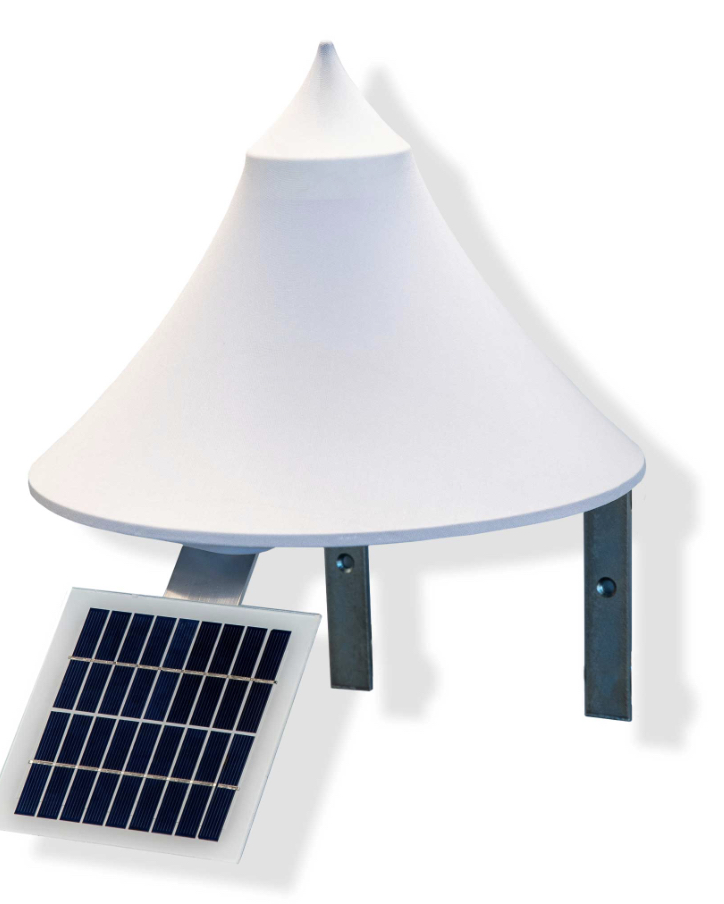 Its conical shape (left) protects the built-in microphone from rain, debris — such as bird droppings — and ground-level noise.

It integrates Myriota’s system into the monitor, which transfers data and enables predictive analysis in remote areas, the company’s CEO Matthew Stead explained.

The two companies ran tests at a wind farm in South Australia last year, but the Victoria trials are due to be the most extensive to-date.

In total, Ping Services has trialled its technology on more than 200 turbines.

"Our absolute hope is to have these large-scale trials turn into commercial agreements and we’re investigating the best ways to scale up the manufacturing plan," he added. "Our target is 20,000 units in five years."