However, instead of mounting a traditional wind turbine on the platform, a carbon fibre kite is tethered with a 500-metre cable made with a core of high-strength fibres surrounded by conductors.

The kite launches vertically (below), and during the vertical-looped flight its eight rotors are spun by the wind, driving a permanent magnet generator that produces electricity. 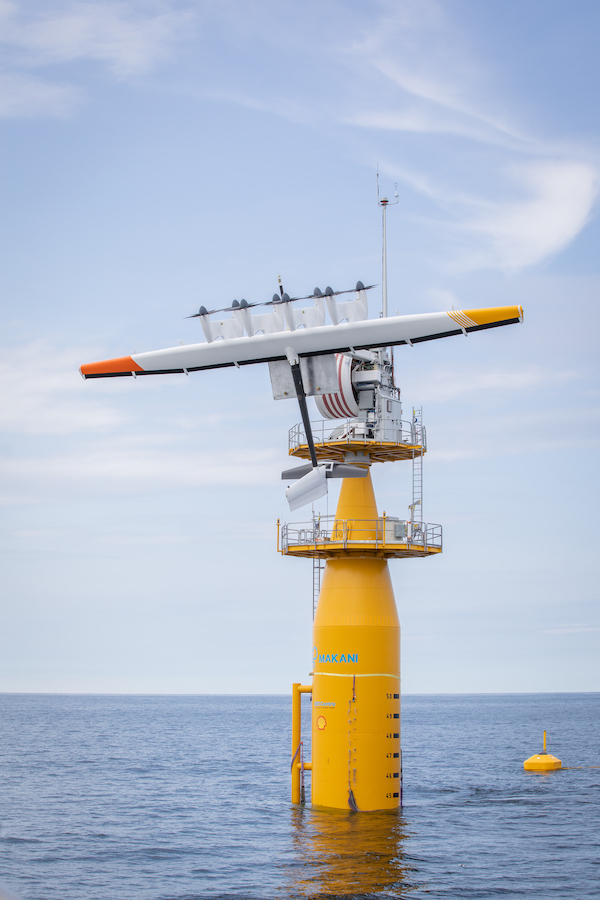 Its onboard computers run custom flight software that controls the kite’s flight path, while GPS data and other sensors help steer the kite.

Now in its eighth rigid-winged iteration, the kite’s 600kW power rating is 30-times that of Makani’s first prototype.

Felker remained tight-lipped about the precise weight of both the kite and the platform used during the company’s recent test flights off the coast of Norway, but claims their relative lightness gives them an advantage over more "traditional" floating offshore wind installations.

This lightness means less raw material is used, creating cost savings, and reduces the need for large quays for onshore assembly or large cranes for installation, he adds.

"I think the energy kite that Makani is developing is really the first entirely new approach to generating wind power that has serious economic potential," he told Windpower Monthly.

Felker claimed the platform alone weighs "about a tenth" the weight of a foundation typically used in floating offshore wind and could also produce energy at "about a tenth" of the cost per MWh of typical installations.

But Makani is still a long way from commercialisation. Before it focuses on reducing the levelised cost of energy (LCOE), it has a more tests to carry out.

The manufacturer ran two test flights off the coast of Norway in August. And despite the generator crashing into the North Sea, Makani declared the tests a success.

Felker and his team had previously carried out onshore test flights at Makani’s principle site in Hawaii, US, plus thousands of hours of flight simulations before the offshore trials at Marine Energy Test Centre’s (Metcentre) test fields off the south-west coast of Norway.

The Hawaii onshore trials enabled Makani to gather data and the real-world experience needed to validate its models before offshore testing. 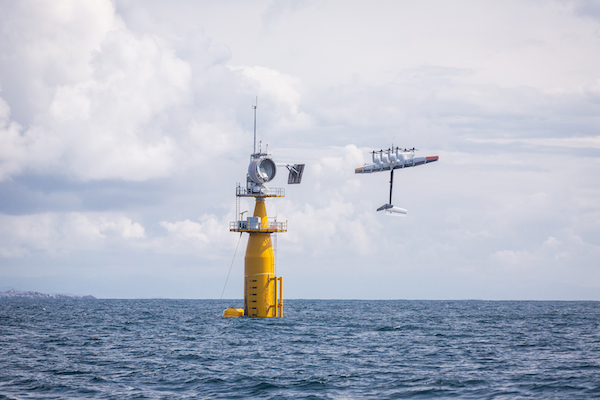 In some ways, the challenges in adapting for an offshore environment are similar for manufacturer and developers whether installing conventional wind projects or kite energy systems, Felker argued.

The marine environment is inherently corrosive because of sea salt. But this challenge is one that the kite’s carbon fibre structure is "largely impervious", Felker claimed.

"This ensures there will not be a need for frequent access to the kite (for maintenance work), which ensures the paramount safety of our crew," he said.

The kite’s positioning on a platform closer to sea level could also make installation easier and cheaper.

"Since it’s not installed at the top of an enormous tower, we have the process of simply replacing a kite that needs repairing with one that is fully functional.

"We don’t need enormous cranes that are expensive and can limit other wind-power technologies," Felker explained.

To make the jump from onshore to offshore, Makani needed to protect its onboard electronics from damaged by water, and extend its autonomous flight controls system to handle flight from a moving launching platform.

The first offshore test flight saw the kite launch and hover, before landing autonomously back on the platform.

On the second test flight, the kite flew loops and generated power for about an hour, but due to an unspecified "control system fault", lost control and crashed in to the North Sea.

Nevertheless, Felker and his team declared the trial a success. Both tests largely aligned with Makani’s expectations for crossflight performance and proved the kite’s ability to launch and land, he added.

"We learned so much about the dynamics of the kite’s flight and the launch-and-land process," Felker said.

"Both offshore flights gave us a wealth of new information that the team is now busy analysing and applying to making system improvements."

The alignment between flight simulation and performance also validated Makani’s models, Felker added, and affirmed its decision to use them to develop further system changes.

Felker and his team will return to the Metcentre site off Norway in 2020 for longer test flights using a "lighter touch" from the monitoring team.

While the kite flies following the custom flight controller software, the team’s engineers will monitor the data and can command the flight. Makani wants less input from its engineers next time.

The manufacturer will also focus on flying in a range of conditions and perfecting remote operations and landing.

Eventually, Felker believes kite power arrays on a power plant scale — as with traditional offshore wind farms — will be built. "There are cost advantages to clusters," he said.

"Initially, we would space the kites at slightly greater distances than the tether link's radius, but over time as the flight control software improves, they could be closer together." 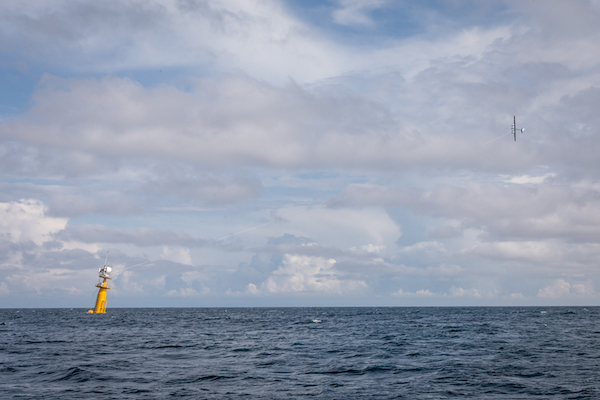 He does not believe co-location alongside more conventional offshore wind farms — whether on fixed-bottom or floating foundations — would make sense, however.

"The existing technology is providing an excellent economic performance in shallower waters, so we don’t see a need for co-location," Felker added.

Makani’s Norwegian tests were carried out in 220-metre deep waters inaccessible to fixed-bottom foundations — indicating the depth the manufacturer would eventually target with its design.

Commercial deployment is a long way off though. "It’s early. But if we can deliver a disruptively lower LCOE with our kite system, we can unlock the enormous, full potential of floating offshore wind," he added.