It received £499,905 from the UK’s business, energy and industrial strategy ministry, which will cover the feasibility of the project.

"We've seen the cost of offshore wind reduced dramatically thanks to industry and government working together, and I hope this project can be the start of a similar journey with green hydrogen," said Ørsted UK managing director Matthew Wright.

ITM’s CEO Graham Cooley explained the study would look to lower the cost of producing green hydrogen by "scaling the individual electrolyser stacks to 5MW, and the production process to 1GW of electrolysis" a year.

Ørsted is keen to expand its involvement in producing hydrogen from clean energy sources. It included plans to add a hydrogen production element in its bid to secure the Hollandse Kust Zuid III & IV offshore wind project in the Netherlands, but ultimately lost out in the auction to Vattenfall.

"Hydrogen production by electrolysis is a technology with great potential," he added.

Let it be gin

A gin distillery on the islands of Orkney, Scotland, has also received £148,609 in UK government funding to convert its process to use hydrogen produced from wind and tidal energy. 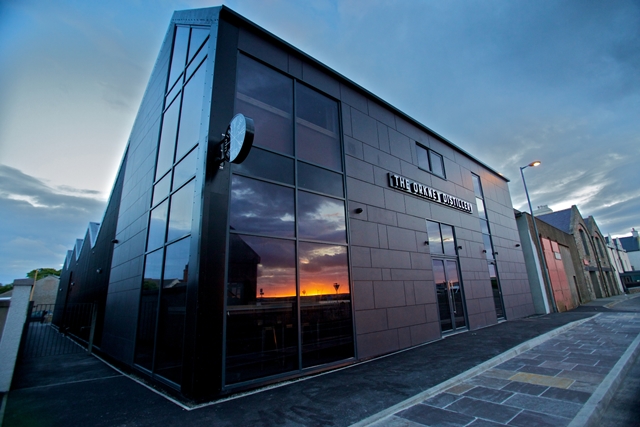 The HySpirits project will use the hydrogen to provide the heat needed during the distilling process.

The government said it hopes to demonstrate how the UK’s craft brewing industry could lower its emissions by switching to hydrogen.

The gas will be produced by the European Marine Energy Centre’s Surf and Turf project, which combines a 900kW wind turbine and prototype tidal generators to power an electrolyser on Eday, in Orkney.

"Decarbonising the distilling process with green hydrogen derived from local renewables is a great example of the creative ways Orkney is addressing the challenges of the energy transition."

A third initiative backed by the UK is the Dolphyn project being developed by Environmental Resources Management (ERM).

It plans to install electrolysers directly on to floating wind turbines, producing the hydrogen offshore before transporting it back for use on land.

ERM received £427,600 to begin its research. A total of 13 projects won backing from the UK government.