Developers are often unaware of companies that have repeatedly made claim-inducing mistakes and increased the risk-profile of offshore wind farms, Jonny Atkins, an underwriter at GCube told Windpower Monthly.

This could be addressed in several ways, he suggested.

By engaging insurance brokers at an early stage in a project, presenting them with a list of prospective suppliers and contractors and asking for a quote before awarding contracts, developers could avoid costly premiums.

"In order to effectively underwrite a project we need to take into account its full risk-profile, and suppliers or contractors play a crucial role in this," Atkins explained.

"We use our data from past projects to identify claims trends and naturally if we see that particular companies are repeat offenders, we will load the premium accordingly.

"Conversely, if they go with a supplier or contractor with whom we have a good experience, the owner will benefit from a premium saving."

He added that given the high costs of offshore wind development, the potential deviation in a premium could be "significant".

Finding out as much as possible about potential suppliers or contractors through visits to factories could also help developers make informed decisions, Atkins added.

This could help them avoid contracting error-prone companies, and ultimately driving up premiums.

"You can tell a lot from visiting a factory," he explained. "It should be a pretty slick operation, and if it’s not, you can start to ask questions."

However, he concedes that as subsidies come down, and as the industry tries to compete on costs, some companies struggle to justify the additional expense.

But the expense can be worth it, Atkins added: "Suppliers won’t like it, but some have made some pretty horrendous mistakes that developers don’t know about."

Getting to know suppliers or contractors can be particularly beneficial as the offshore wind industry expands into new markets, with local content requirements ushering in a wave of new companies.

Human error accounted for about 70% of all offshore wind-related claims GCube processed in the last 12 months, and such newcomers, with inexperienced workers, can be particularly liable to making costly mistakes — even under the supervision of veteran developers.

"You have to learn on the job to some extent," Atkins added. "It’s difficult to transfer knowledge seamlessly."

Manufacturers have been preparing for emerging markets in south-east Asia by unveiling "typhoon-ready" turbines, but as Atkins points out these are "unproven".

If such turbines do not survive such strong winds, premiums will increase, he added.

Insurers have developed their underwriting expertise in the European market, Atkins said, with offshore wind’s new frontiers in south-east Asia and the US giving rise to new challenges likely to increase premiums.

But even in Europe, where developers are looking at new sites, and with new technology, there are new challenges on the horizon.

"A lot of the good sites — with good seabed conditions, a good geophysical profile, and closer to shore — have now been taken," he explained.

"Now, in later rounds of auctions around Europe, developers are having to deal with more challenging conditions." 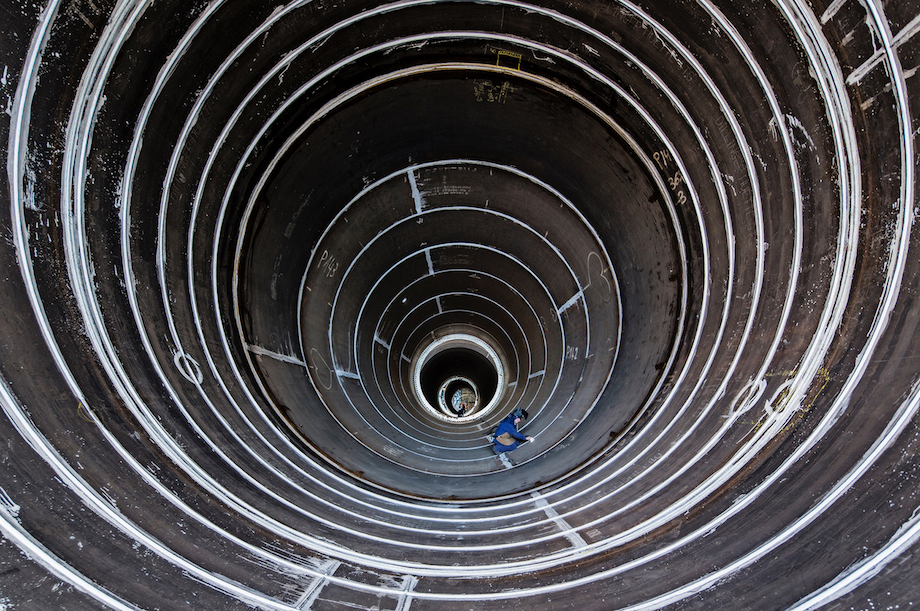 Installation of monopiles (above) in deeper waters has led to a rise in foundation-related claims (pic:Sif Group)

Such conditions can include sites farther from the shore, in deeper waters, and on a rockier seabed — increasingly prompting the use of drill, rather than just a hammer.

In the last 12 months, GCube has seen a rise in the severity of claims relating to foundations — particularly monopiles installed at sites in deep water.

Foundation-related losses now account for 35% of total claims, and Atkins believes this can be attributed to installation in deeper and deeper waters.

"There’s a lot of scope for things to go wrong," he added.

Floating foundations can enable offshore wind deployment in deeper waters. But so far, developers and manufacturers are struggling to perfect the technology.

All but one of the floating wind installations GCube has insured in the last 12 months has suffered a significant mechanical breakdown.

The foundation of one unidentified installation even capsized when it was first put into the water, Atkins revealed. But mooring lines tend to be a far more common, claim-provoking error, he added.

There is also not yet consensus on the optimal design for floating foundations, Atkins said.

"There have been a whole host of demonstrators that have different designs," he said.

"We hope to get to the point where developers choose one that they like and it works out. But if we continue to go sideways with new designs, we are never quite moving away from that prototypical nature." 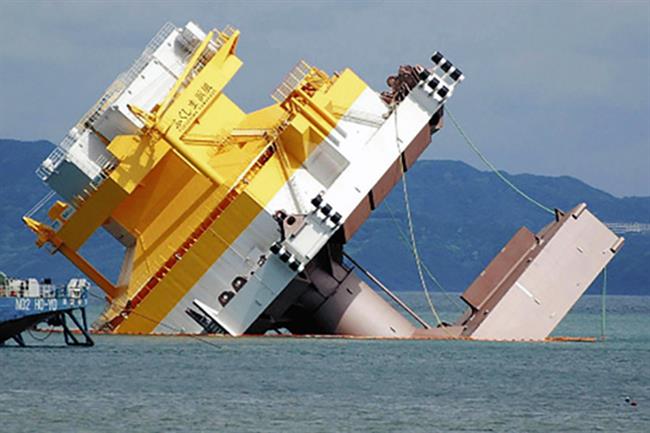 A 5MW floating platform set for a site near Fukushima, Japan, keeled over in 2016 (pic: Yomiuri Shimbun)

As the offshore wind industry grows, expanding into new markets with new participants, and into challenging new sites and with new technology, the role of the insurer could evolve, Atkins suggested.

"Insurance companies will have a whole host on offshore wind farms around the world," he added.

"There’s a big resource there, that’s not being tapped into. They’re not just there to pay claims. They’re also available to share expertise and knowledge."