German manufacturer Nordex was the prime mover in this new sector, unveiling its Delta4000 platform in September 2017, installing the first prototype in August 2018, and starting series production in March this year.

Boasting a rotor diameter of 149 metres and a flexible power rating of 4.0-4.5MW, this turbine has secured confirmed orders in markets that include Sweden, Australia, Argentina and the US.

Construction of the Genneia-developed Chubut Norte II, III and IV project cluster in Argentina, to be powered by 38 Nordex N149/4.0-4.5 machines, has now started with commissioning expected early next year. 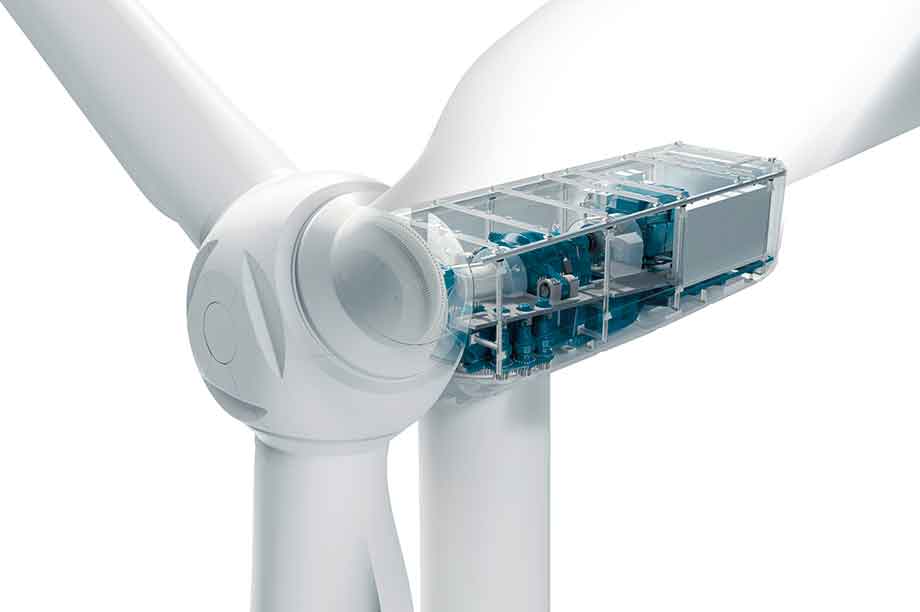 Nordex has been steadily enhancing and expanding the Delta4000 platform offering since its launch.

More recently, the introduction of a new gearbox and scaled-up electrical system has enabled uprating the N149’s capacity to 5MW-plus, while a 155-metre rotor is being introduced for a 4.5MW-rated option.

The new range should be seen as an evolutionary development of the original Delta platform, launched in 2013.

There is nothing particularly radical about the high-speed geared (HSG), doubly-fed induction generator (DFIG) drivetrain, but Nordex has done well to keep nacelle dimensions unchanged despite the higher ratings and loads.

Most importantly, the turbine will be building up an operating track record in a variety of markets before some of its competitors even reach the prototype stage.

GE announced its entry to the sector in September 2017, the same time as Nordex, but has not been able to match the pace towards production of the German OEM.

The Cypress platform was unveiled with an initial rating of 4.8MW and a rotor diameter of 158 metres. A year later, the US manufacturer announced an uprated capacity of 5.3MW and confirmed further details of the novel two-piece blade design. 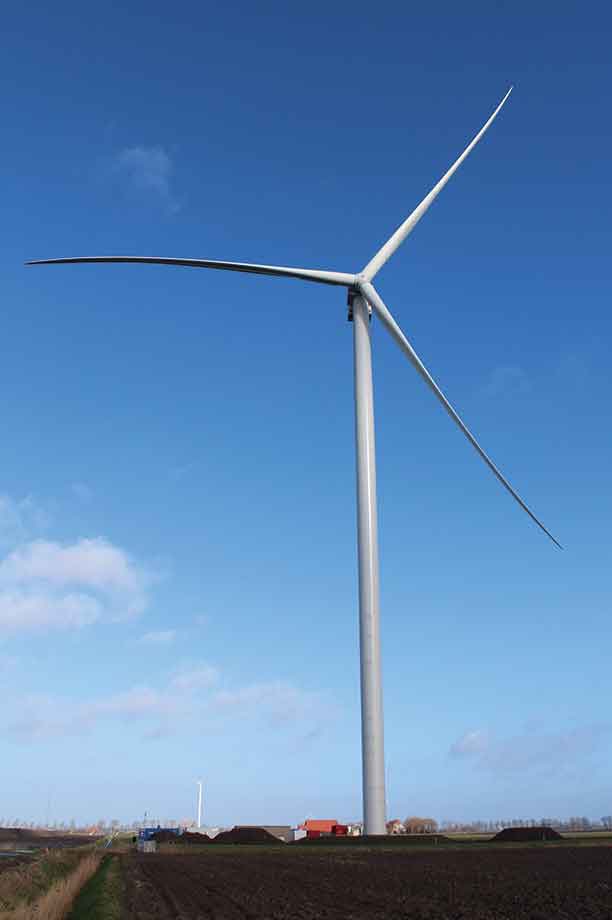 The first prototype — with a 5.3MW rating — was installed in the Netherlands in late 2018, producing first power in February this year.

A 12-month testing programme at the Fraunhofer Institute for Wind Energy Systems (IWES) starts in August.

The first order — for three 4.8MW models — was placed by German developer Prowind in April for a project in Bavaria in the south of the country.

Since then, only one further order has crossed the radar of Windpower Intelligence, the research and data division of Windpower Monthly.

This was for 27 units for a project in Turkey being developed by Borusan EnBW Enerji. The wind farm’s stated capacity of 138MW suggests average nameplate ratings of around 5.1MW.

The Cypress drivetrain breaks no new ground with its HSG-DFIG layout, but the deployment of LM Wind Power’s two-piece blade technology, which will be assembled on the project site, reduces some of the transport and logistical difficulties of handling these massive components.

It would have been a surprise if the world’s leading turbine maker had not responded to the challenge presented by Nordex and GE, and Vestas duly obliged, revealing first details of its new EnVentus platform in January.

Its 5.6MW rating and 162-metre rotor option pushed it marginally ahead of GE’s Cypress in terms of both capacity and blade length. A 150-metre rotor is also available, for medium- to high-wind sites. 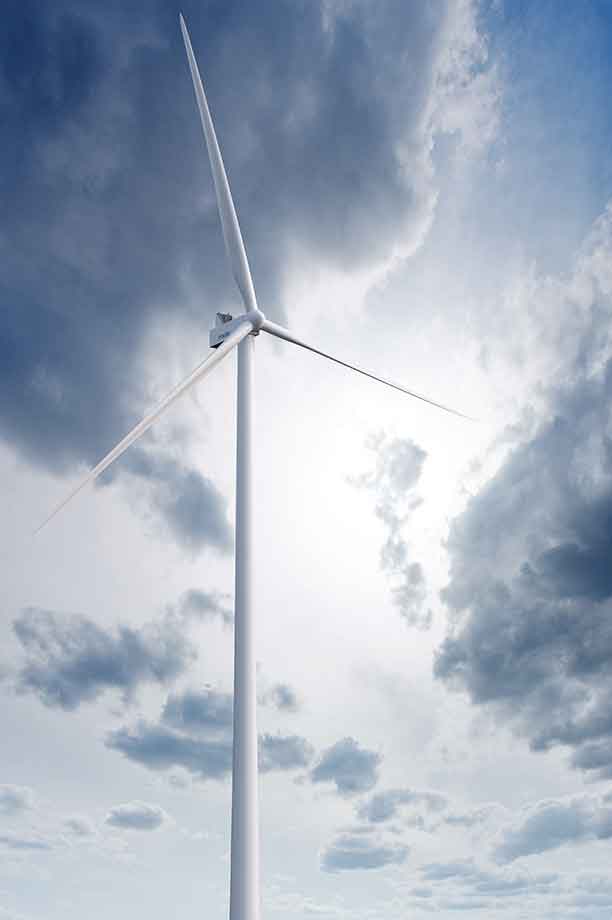 The EnVentus platform is probably the most radical design of the five turbines featured here, thanks to its use of a medium-speed geared (MSG) drivetrain and modular turbine architecture.

The MSG-PMG option is unusual for onshore use, but Vestas has good experience of the technology from its deployment in the MHI Vestas V164 offshore turbine, now rated at up to 10MW.

The Danish firm already has a strong foothold in the 4MW-plus sector with its V150-4.2MW turbine, which has been doing good business of late, but the EnVentus platform represents a substantial step-up in performance.

Vestas has a wide range of tower heights and designs available for the new model, including in-house developed large-diameter steel towers (LDST) of 148, 155 and 166 metres.

The new platform is also likely to be offered with a second-generation version of Vestas’s cable-stayed towers.

The EnVentus platform is a long way from being a rush job.

According to chief technology officer Anders Vedel, Vestas realised as far back as 2012 that it needed to shift to modular architecture for turbine design and manufacture, and that requirement became more urgent as an increasing number of wind-power markets adopted competitive auctions.

The best indication of series production is offered by the announcement of the first confirmed order for the new platform — the 27-turbine, 151MW Simo Sarvisuo project in Finland, the largest of the six successful bids in the country’s first renewable-energy auction.

Developer Tuuliwatti has specified the V162-5.6MW on 166-metre LDST towers for the project. Deliveries are expected to start in the third quarter of 2021.

Enercon has more experience than any other manufacturer of building and operating very large onshore turbines.

Its E-126 machine, which was ultimately developed for a nameplate capacity of 7.58MW, remains the most powerful onshore turbine in operation, although it was always a very specialised and site-specific product, and is no longer offered for sale.

The German manufacturer’s EP4 platform, unveiled in 2014 was intended to give Enercon its place in the new emerging sector.

Designed on classic Enercon principles — direct drive with the familiar egg-shaped nacelle, and an emphasis on reliability and durability — it fell foul of the rapidly changing, auction-driven markets, and found itself beaten largely on cost and weight considerations.

It has been produced in very limited numbers — probably fewer than 200 — but is no longer an official part of the product portfolio.

Its place has been taken by the all-new modular-construction EP3 platform, which stretches up to 4MW and provides a 200-tonne reduction in head mass (nacelle plus rotor) over the EP4, and the Lagerwey-inspired range, now dubbed EP5, which takes Enercon into the 5MW sector. 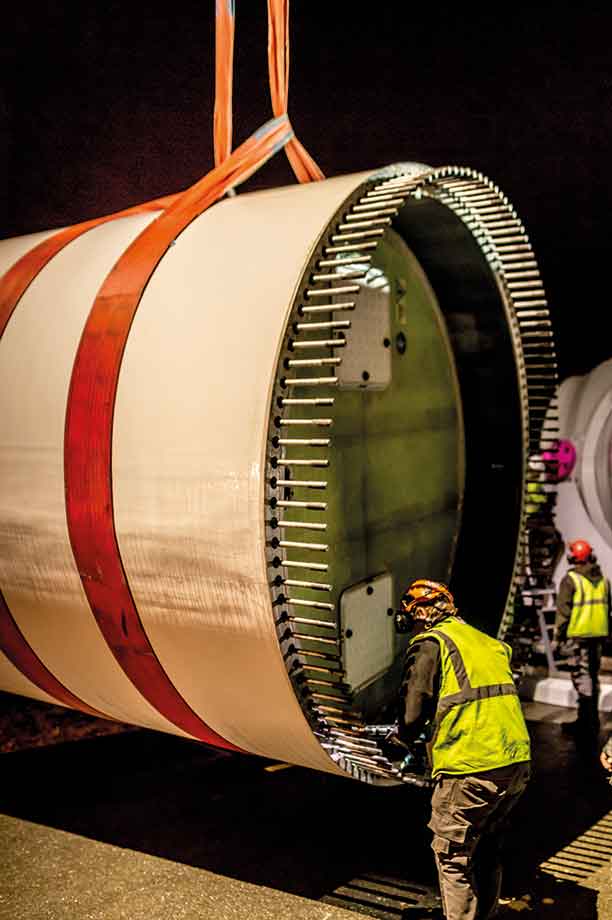 Details of the EP5 platform — the only direct-drive turbine of the five — remain sketchy.

Enercon has traditionally preferred to play its cards close to its chest, but it is probably safe to assume that the Enercon-branded EP5 turbines will show significant design enhancements over Lagerwey’s L136 4.3MW and 4.5MW prototypes (pictured).

A prototype with a 5MW rating and a rotor of 147 metres is expected to be unveiled within the next month or two.

This will be followed by a variant with a 160-metre rotor and a capacity of at least 4.6MW.

Turkey looks the most likely spot for operation of production models, following Enercon’s successful bid in the country’s second renewable-energy auction held in May.

Last into the sector, but with a specification that outstrips all that has gone before, was Siemens Gamesa Renewable Energy (SGRE).

The new platform — with a 5.8MW rating, and rotors of 155 and 170 metres in diameter — was unveiled in April at the WindEurope conference in Bilbao. 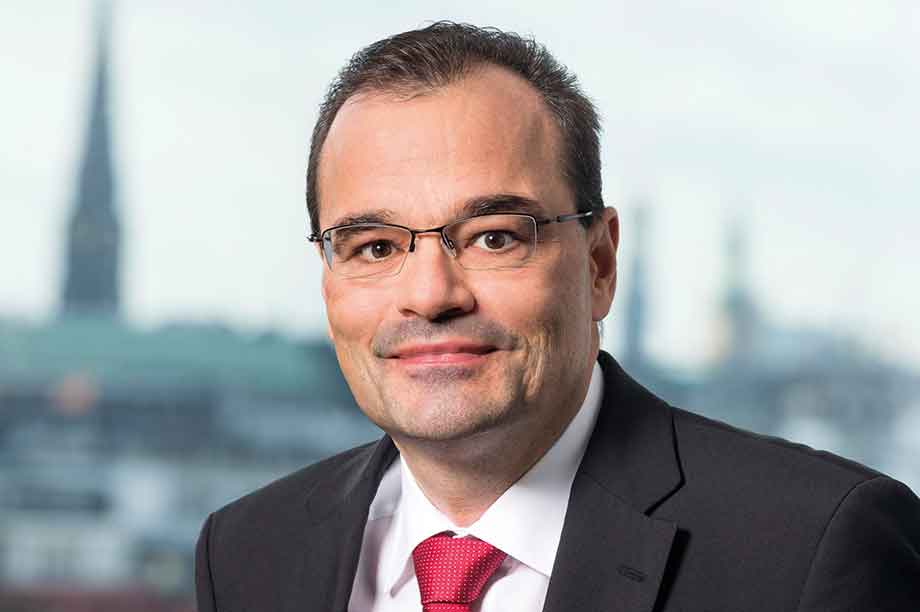 According to CEO Markus Tacke (pictured), it is the first jointly developed product since Siemens and Gamesa merged more than two years ago.

It is another relatively conventional high-speed geared design, with a strong emphasis on modularity in construction.

Further variants on the theme can be expected.

It will be offered with tower heights of up to 165 metres.

The blades for both prototypes will be made in a single piece, but SGRE has not ruled out using a split-blade approach for the commercial product, especially for the 80-metre plus blades of the 5.8-180.

It is early days yet for all five platforms, but it is clear that the OEMs will have to explore two-piece blades for this new generation of titans to overcome the transport and logistical challenges.

New installation technology and techniques are also under development to speed up and simplify the process of hoisting these huge, heavy components on 160-metre-plus towers.

Lagerwey’s innovative climbing crane is the clearest example of development in this area.