The company had expressed interest in developing an 800MW project in the Fairways North lease zone off an area of Long Island known as the Hamptons.

Bill White, managing director of EnBW North America, recommended the US Bureau of Ocean Energy Management (BOEM) eliminate Fairways North and the nearby Fairways South areas from the leasing process because of fisheries impacts.

He said that doing so would "minimise conflict" and help advance the leasing process in other wind energy areas in the New York Bight. 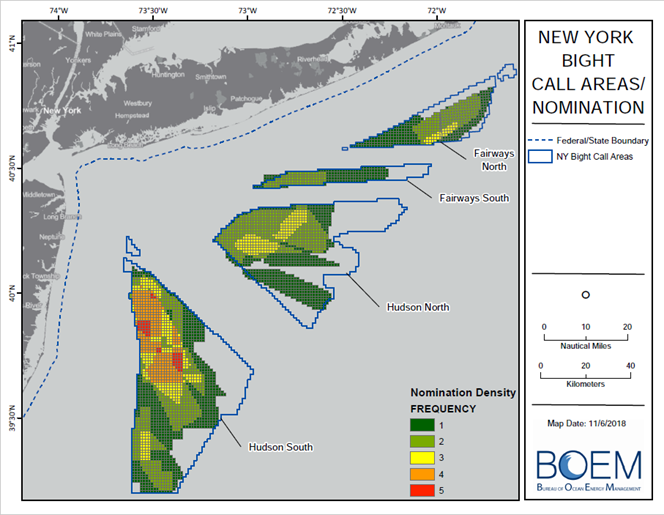 EnBW's White, said the subsidiary is still pursuing projects to the west, in the areas known as Hudson North and Hudson South, also off Long island but closer to New Jersey. BOEM is to hold an auction for wind areas off New York in 2020.

Crucially, New York State does not support wind-energy areas off the Hamptons, but it does support development to the west of that. Chief executive of Horizon, Ross Thomas, speculated the local authorities backed off because the area is home to affluent residents.

BOEM was meant to have finalised the precise location of the New York Bight wind areas by late last year but has not yet done so, said Thomas.

Eligibility for the investment tax credit (ITC) expires at the end of the year as well, but there are moves to extend it once more. "We have investors waiting, and if we knew the areas we could start planning," Thomas said.

He also expressed frustration with the slow pace of BOEM's leasing process, with developers  not being included in stakeholder meetings, and with the lack of transparency or communication.

Horizon is trying to advance a 300MW project named Penelope off the Hamptons, in an area that Thomas said has an especially good wind resource.

He is concerned that if larger developers win the New York auction, as they did in Massachusetts, then there will be less competition to the detriment of the region.

Avangrid Renewables declined to comment on EnBW calling for the two Fairways call areas to be eliminated. The Iberdrola subsidiary has proposed projects from 800MW to 8GW in the Bight.

New York governor Andrew Cuomo is expected to announce winning bids this month in the first solicitation for a planned 9GW of offshore wind by 2035.