Creating a route for market for onshore wind and solar PV should also be a key target for this year, a leading advisory body recommended.

The Committee on Climate Change (CCC), which advises the UK government on climate change issues, made the recommendations in a progress report that showed action to fight climate change is lagging far behind what is needed.

The advisory body found that the UK government has delivered just one of 25 critical policies needed to meet an earlier — now outdated — target of reducing emission by 80% by 2050. The UK is now targetting net zero emissions by 2050.

The CCC also argued that while it may look "increasingly likely" that offshore wind could be deployed without subsidy, government intervention might still be needed to reach the necessary scale.

"Government should remove their barriers to cheap onshore wind and invest in innovation."

The CCC noted the cost and performance of key technologies in limiting emissions have "improved dramatically" over the last decade, and these improvements are expected to continue.

It added government interventions — such as the CfD regime, in which project operators compete for top-up payments to guarantee their income — have incentivised such cost reductions.

However, the report’s authors pointed out that there remains no route to market for onshore wind and solar PV.

They expect both technologies to be "less expensive than the cheapest fossil fuel alternatives in a wide range of geographies" by 2020 (see below). 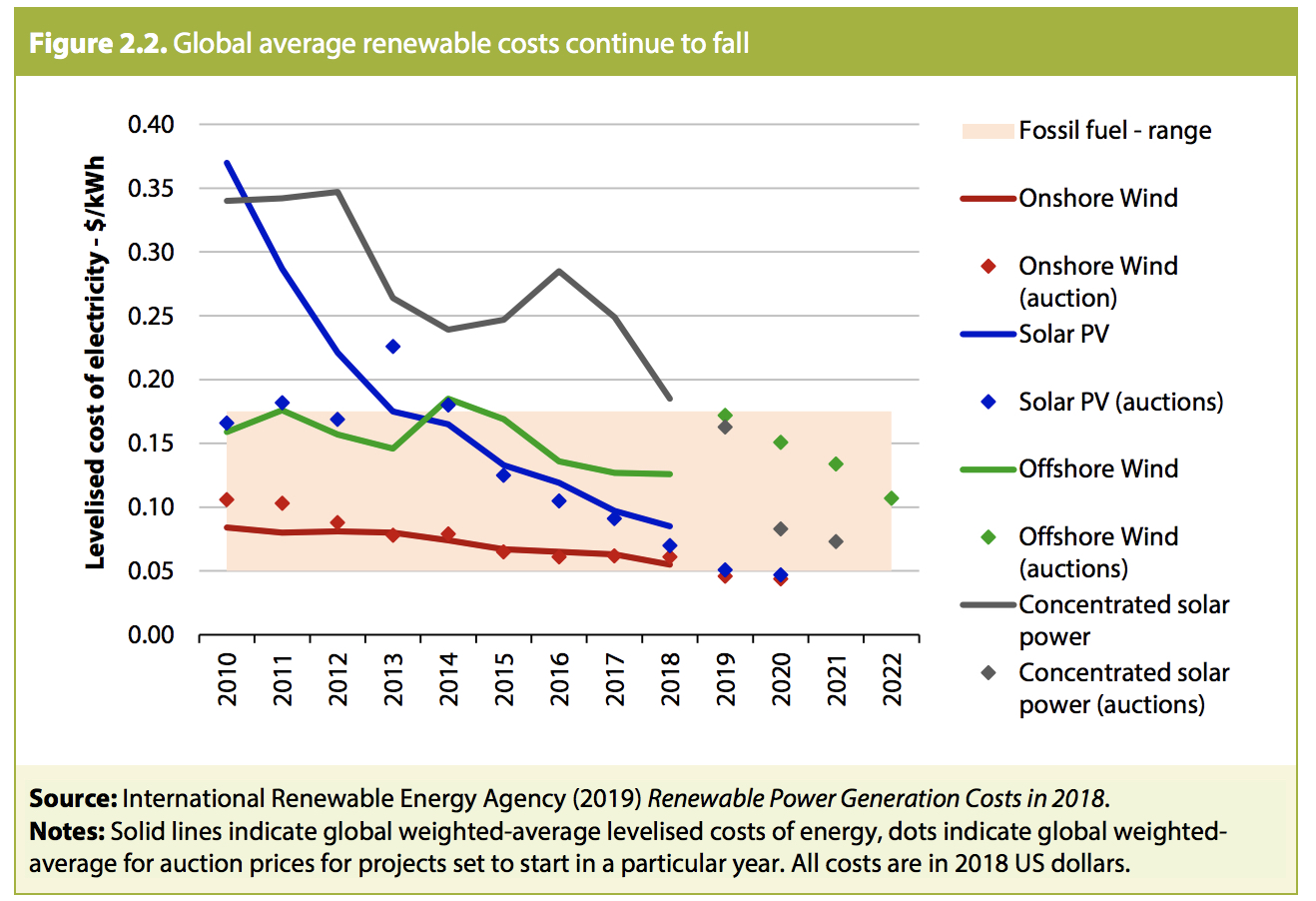 The government decided to end the UK’s Renewables Obligation support scheme in 2015, and then barred onshore wind projects from the UK’s second CfD auction.

The CCC also recommended that faster electrification must be accommodated by greater build rates of low-carbon generation capacity, and measures to increase the flexibility of the electricity system.

This would help to accommodate higher proportions of variable generation such as wind, it explained.