The first six months saw a 39% year-on-year fall in renewable energy investment in the world’s biggest market to $28.8 billion, according BNEF figures.

Meanwhile, the global spend of $117.6 billion was down 14% from the first half of 2018. This figure was the lowest global investment total for any half-year period since H1 2013.

While a fall in investments is an indication of the appetite in the market, it does not suggest a fall in capacity as clean energy — particularly wind and solar — are increasingly cheaper, so require lower investments. 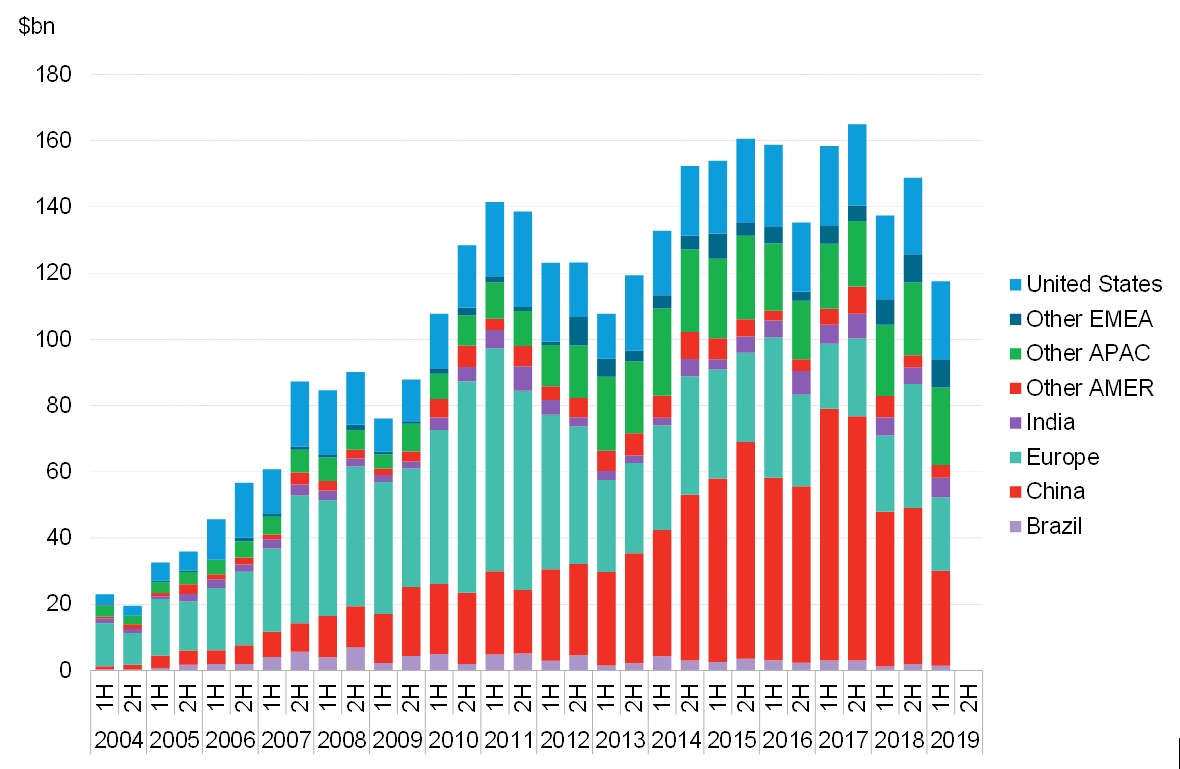 Justin Wu, head of Asia-Pacific, for BNEF, said, however, that the Chinese figures for the first half of the year "probably overstate" the severity of the slowdown.

He added that a "rush of new financings" was expected in the second half of the year, following the ongoing nationwide solar auction, and potentially "several big deals in offshore wind".

The analysts claimed this reflected a "broadening geographical focus" of offshore wind activity from Europe’s North Sea and China’s coastline towards new markets such as Taiwan, the US East Coast, India and Vietnam.

This trend was also seen in the analysts' full-year investment figures for 2018.

BNEF also highlighted the $4.2 billion package for a 950MW solar thermal and photovoltaic complex in Dubai as the "biggest financing ever seen in the solar sector".

While investment fell in Europe as a whole, there were contrasting changes in spending levels between countries.