The deadline to commission the Vesterhav Syd and Vesterhav Nord sites has been extended by three years so Vattenfall can meet the concerns of local residents about the visual impact of the turbines.

The decision follows a request to authorities by Vattenfall in March to delay construction. Vattenfall has to re-tender for the turbine installation, foundations manufacturing and cabling. 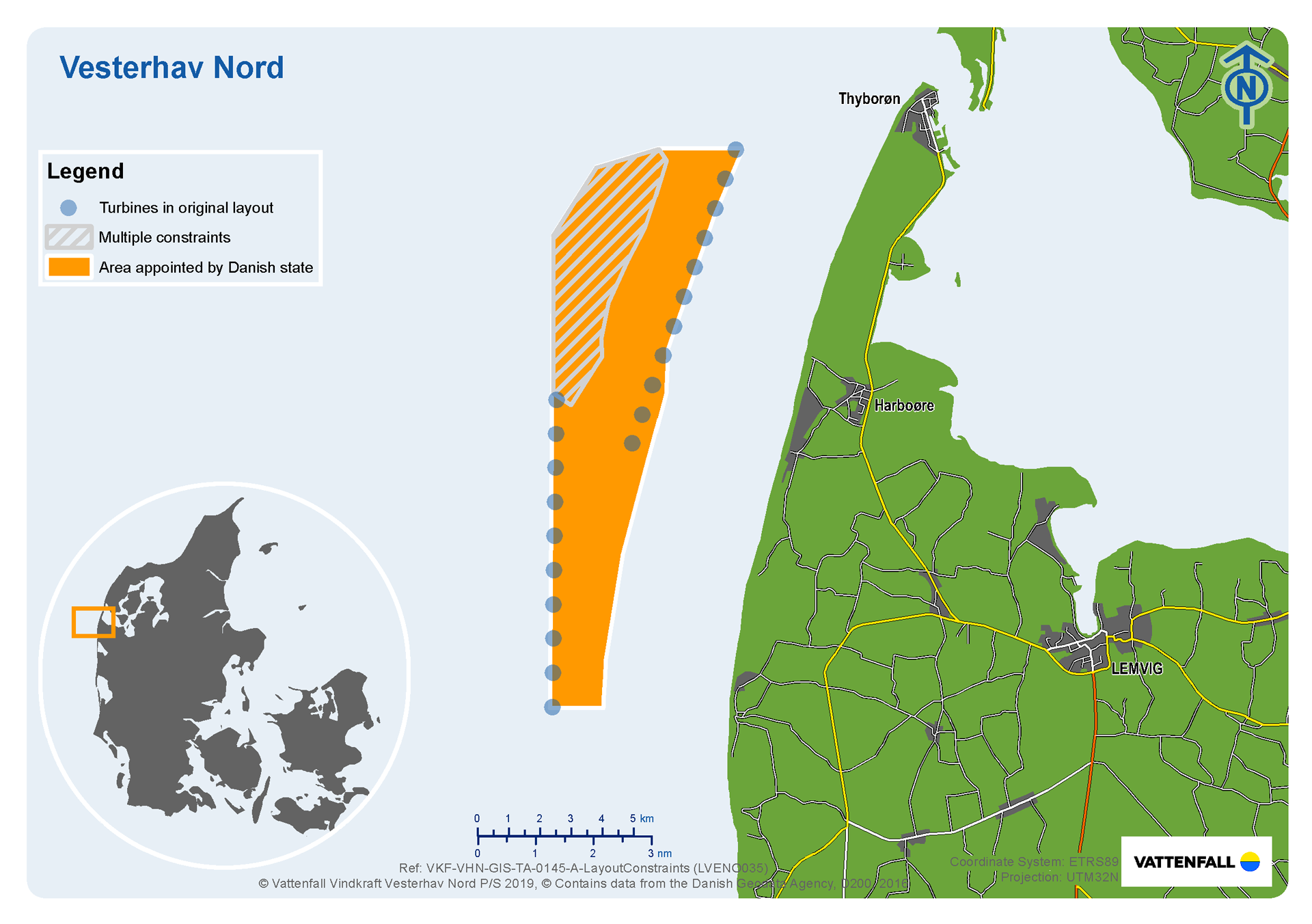 The zones were laid out by the Danish government in 2012.

Vattenfall said it wants to move the proposed turbine locations "as far away from the coast as environmentally, geographically and technially possible".

Vattenfall's graphics, above and below, indicate where the turbines were originally planned for and the zone in which they can be installed with the restrictions that are in place.

The zones are located 4-10km off the Danish east coast. However, the zone cross the location of existing fibreoptic cables and areas of archeological restrictions. 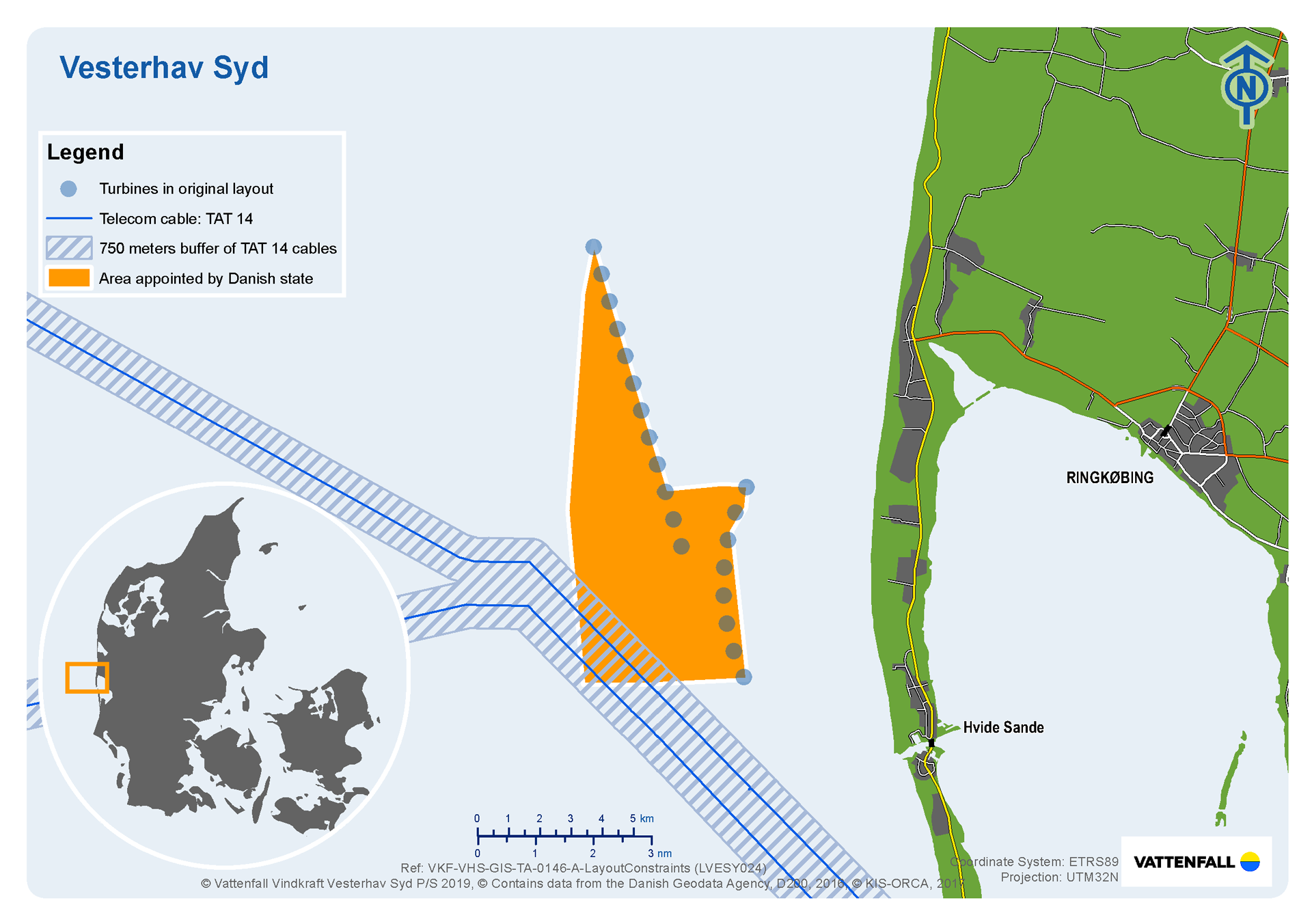 "To maximise the distance to the shore and ensure that the turbines do not shadow each other, we have to work with one row [of machines].

"In addition, we are faced with several restrictions in the two areas from cables, cultural heritage and the seabed. If they can be overcome, we are ready to move the turbines all the way to the western side of the two areas," said Vattenfall's country manager and head of offshore wind Michael Simmelsgaard.

The developer is still planning to use Siemens Gamesa 8.4MW turbines at the site, which will also feature a radar system to reduce use of aviation light signals.

Vattenfall won the rights to the sites in a September 2016 auction with a bid of €63.80/MWh in support payments.