In the first five months of 2019, zero-carbon sources comprising wind, solar, hydro, storage and nuclear produced 47.6% of the UK’s generation, compared with 46.6% from fossil fuels coal and gas.

Since 2009, the balance has shifted from fossil fuels contributing 75.6% from zero-carbon sources 22.8%.

Meanwhile, wind generation has grown from 1.3% to an 18.8% share in that timeframe. 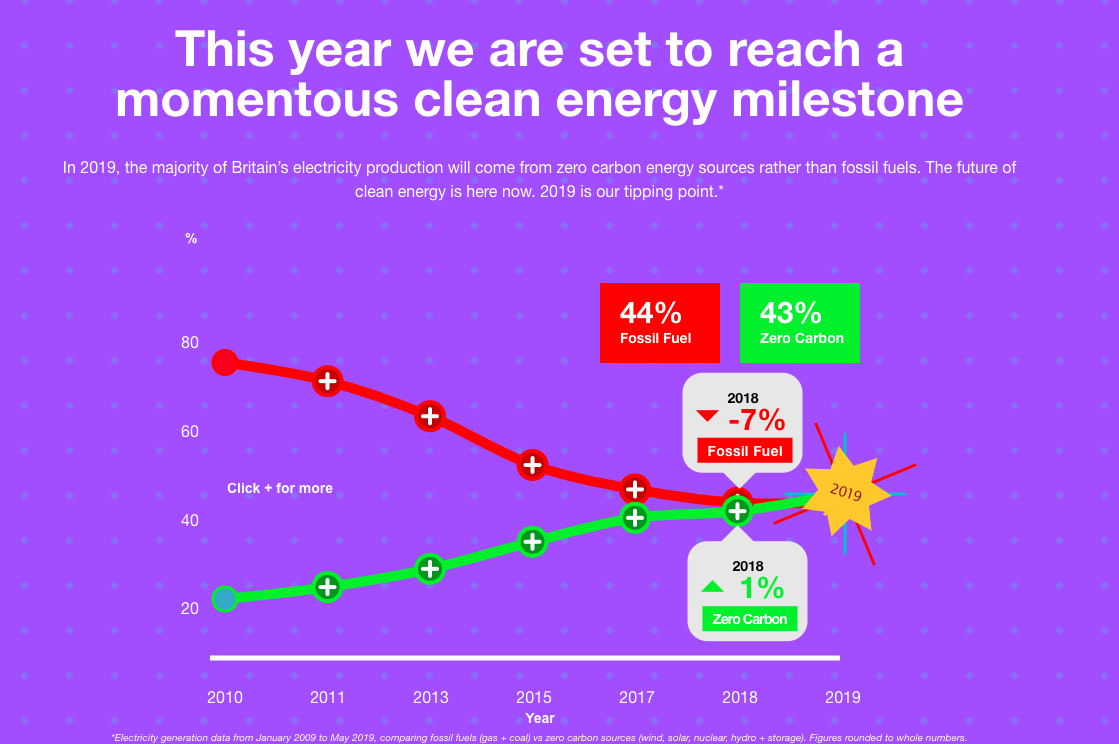 National Grid expects non-carbon sources to generate more than fossil fuels across the whole of 2019.

"This year, for the first time since the industrial revolution, more of Britain’s electricity production will come from zero-carbon energy sources, than fossil fuels," National Grid said.

Also in 2019, the UK has set its record for the longest period of time without the use of coal generation.

"The incredible progress that Britain has made in the past ten years means we can now say 2019 will be the year net zero power beats fossil-fuel fired generation for the first time.

Having reached this landmark tipping point, the question is what are we doing today to get to net zero as quickly as possible?" said John Pettigrew, CEO of National Grid.

As part of the growth of low-carbon generators, National Grid highlighted the need for a flexible grid.

It said the change from fossil fuels to low-carbon sources would require "significant upgrades to the transmission network", but added it had invested £2 billion (€2.25 billion) in new interconnector projects to support this aim and to bring more carbon-free generation on to the system.

Britain is set to have six operating interconnectors by 2030.

"The interconnectors that connect our electricity grid into Norway’s hydro power are part of this story, as is having the knowhow to bring renewable generation on stream to complement conventional sources of generating power.

"This will help accelerate our progress towards delivering cleaner, greener energy for Britain’s homes, our travel and our work as quickly as possible," Pettigrew added.