As part of a major conglomerate that also operates in the aviation, automotive and healthcare industries, GE Renewable Energy benefits from a strong research and development division and the cost synergies that come with it. 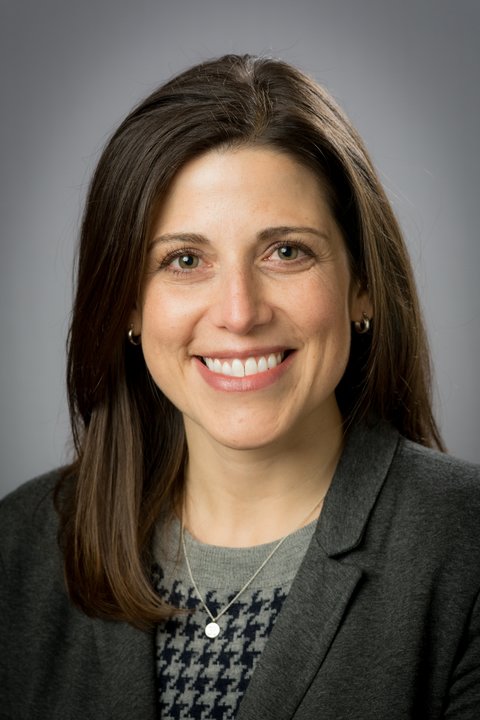 Danielle Merfeld, right, CTO at the manufacturer, said the firm takes lessons from what the aviation business is doing in additive manufacturing to support new ways of producing wind turbine components.

Merfeld said GE was looking at how additive manufacturing could be applied to "everything" in the production of turbine components, large and small.

"Different materials, different components. Different levels of disruption from interesting and cost saving, to radically changing the nature of what we do," Merfeld told Windpower Monthly at the AWEA Windpower conference in late May.

"[Additive manufacturing] can be so disruptive.

"We’ve seen such a disruption in our aviation business. They are very much focused on very high cost complex metal parts and we have had to come at it from a very different angle [as the] typical cost of wind components is not quite the same as aircraft engines," Merfeld added.

Much of the R&D is carried out at GE’s research centre, which operates outside of the various business units but the results can feed in to each of them.

"I was at the research centre for most of my first 20 years at the company. We found that [new technologies] can be 20 years off, or it can be five years off and nobody sees it yet," said Merfeld.

"You need a place separate from your day-to-day customer engagement activities where they can dream big and showcase things to you that you would never have thought of. 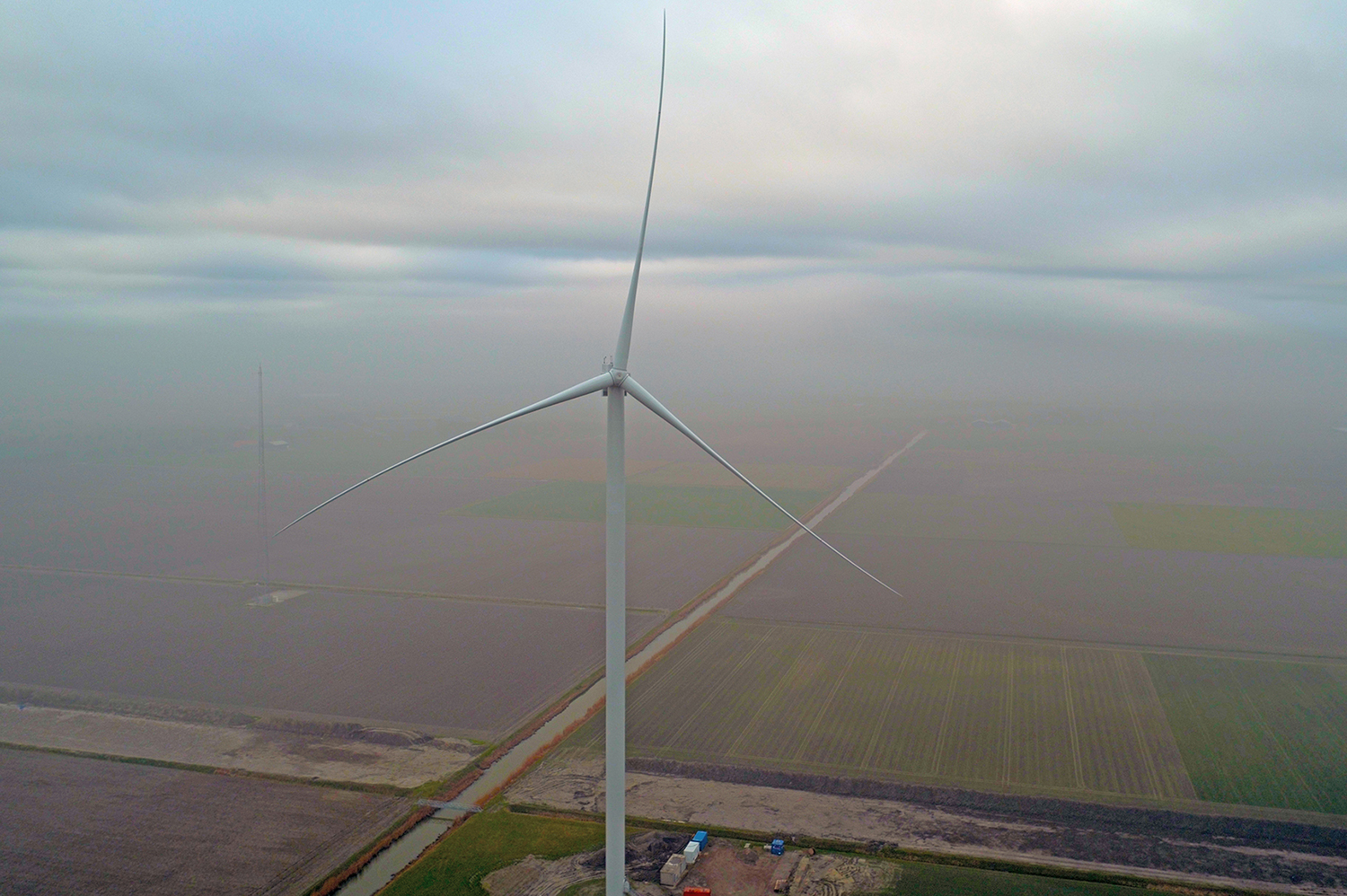 GE's prototype Cypress turbine in the Netherlands: will components of future platforms be made using additive manufacturing?

"Some of their ideas are crazy but they can be really disruptive.

"We’re able to try things and work with our suppliers and partners and put things in our turbines that we can test and it’s great to go fast," Merfeld said. 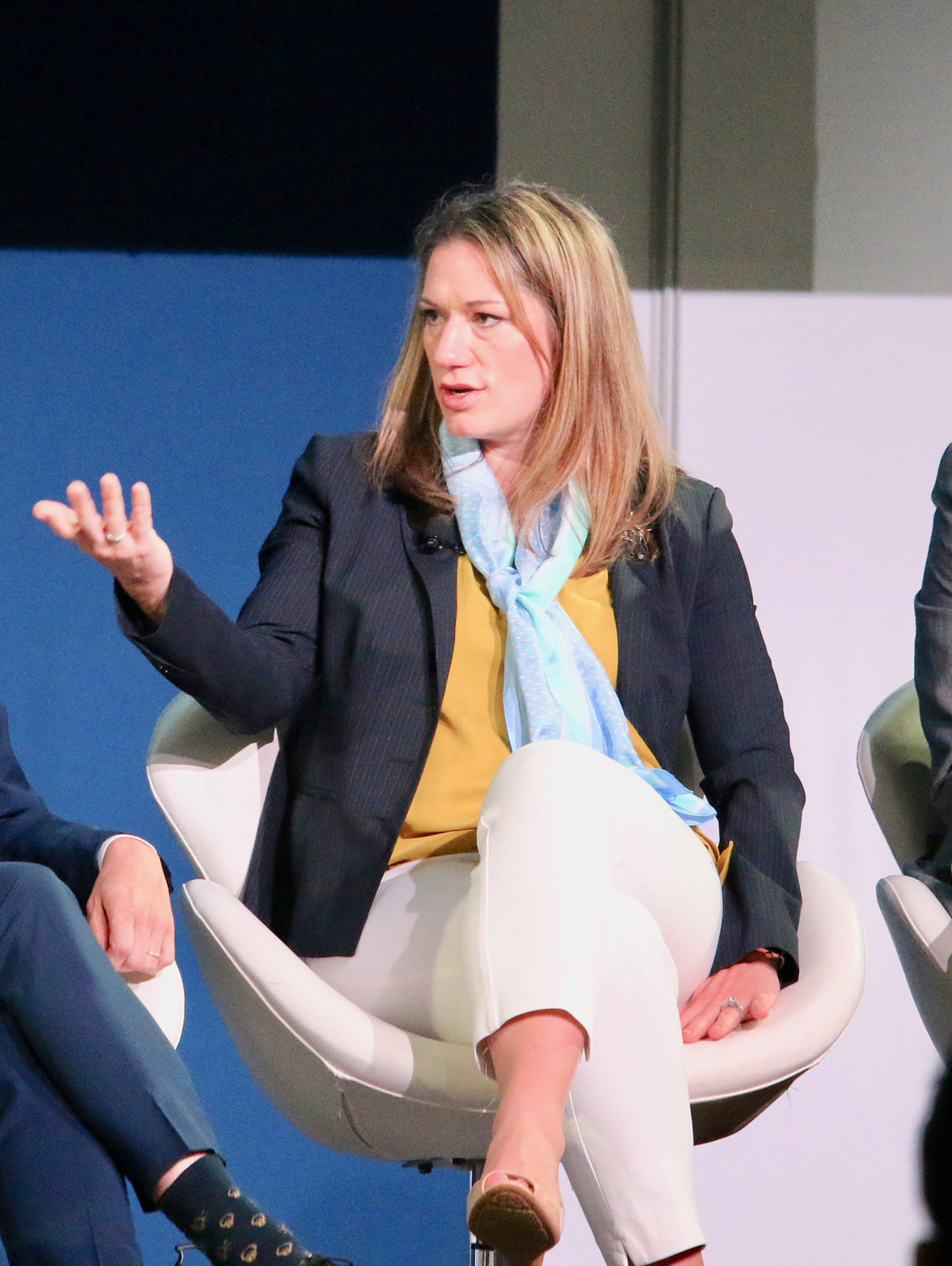 While having the big money behind it allows new technologies to be trialled, the wind industry still feels like a start-up, said general manager of global product development at GE, Sheri Hickok, right.

Hickok, moved to GE Renewable Energy from General Motors in 2017. She said the wind industry is able to squeeze costs a lot more than its automotive counterparts.

"Wind is still in a lot of ways a bit like a start-up, we haven’t necessarily squeezed everything out of it. Coming from automotive, where we talk about pennies and grams, there’s still so much opportunity in wind.

"We have a long way to climb in a really positive way," Hickok said.

GE has a long history of trying new technologies – many of which never make it to a commercial offering. 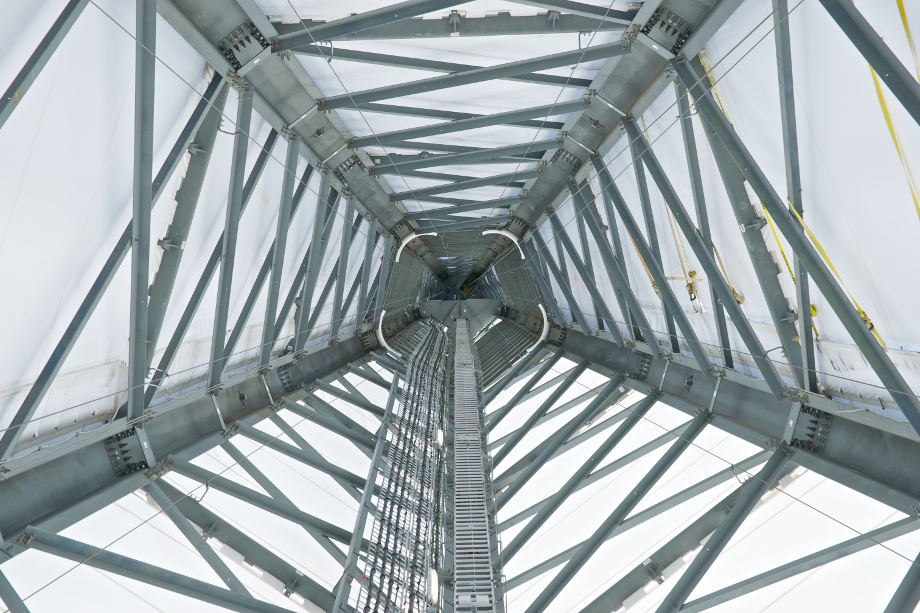 In 2014, the firm unveiled the design of a new lightweight, spaceframe tower, left, clad in architectural fabric. It needed 4,500 bolts – roughly ten-times that of a standard tower – but it used 30% less steel and was easier to transport.

GE also trialed a turbine with a "UFO" attached to the rotor.

The ECOrotr, below, was attached to a 1.7MW turbine at a test site in Tehachapi, California and was expected to increase output by around 3%. 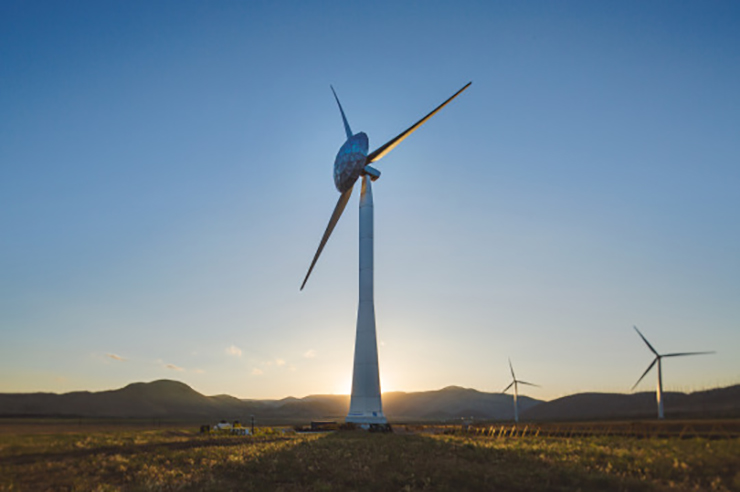 These innovations appear to have fallen by the wayside, as GE – as well as many of the major manufacturers – place greater focus on full platform development, rather than singular component design. The rise of modularisation has also contributed to this.

Hickok said the appearance of the turbine has occasionally impacted whether a component or product design has continued.

"There has been some talk about using [cable] tied towers – that hasn’t gone [on] because the footprint gets so large and people say it doesn't look good.

"You then play with that versus, ‘OK steel [price] is going up and down, so do you want more or less steel?’

"Now we’ve pivoted some of our towers to say how do we get away from so much reliance on steel and look at other technologies.

"That begins to impact where we invest in some of these technologies. Some will work, some won’t work. Some will work and won’t take off," Hickok said.

Additive manufacturing will be a 'gamechanger'