The International Energy Agency (IEA) warned spending on renewable energy would need to double by 2030, to keep pace with development required to limit global warming to 2C above pre-industrial levels.

It claimed the largest gap between 2018 spending and that needed to meet the agency’s sustainable development scenario is seen in wind power.

However, the IEA noted more renewable spending would be needed across all technologies and all geographies to meet goals under the Paris Agreement. 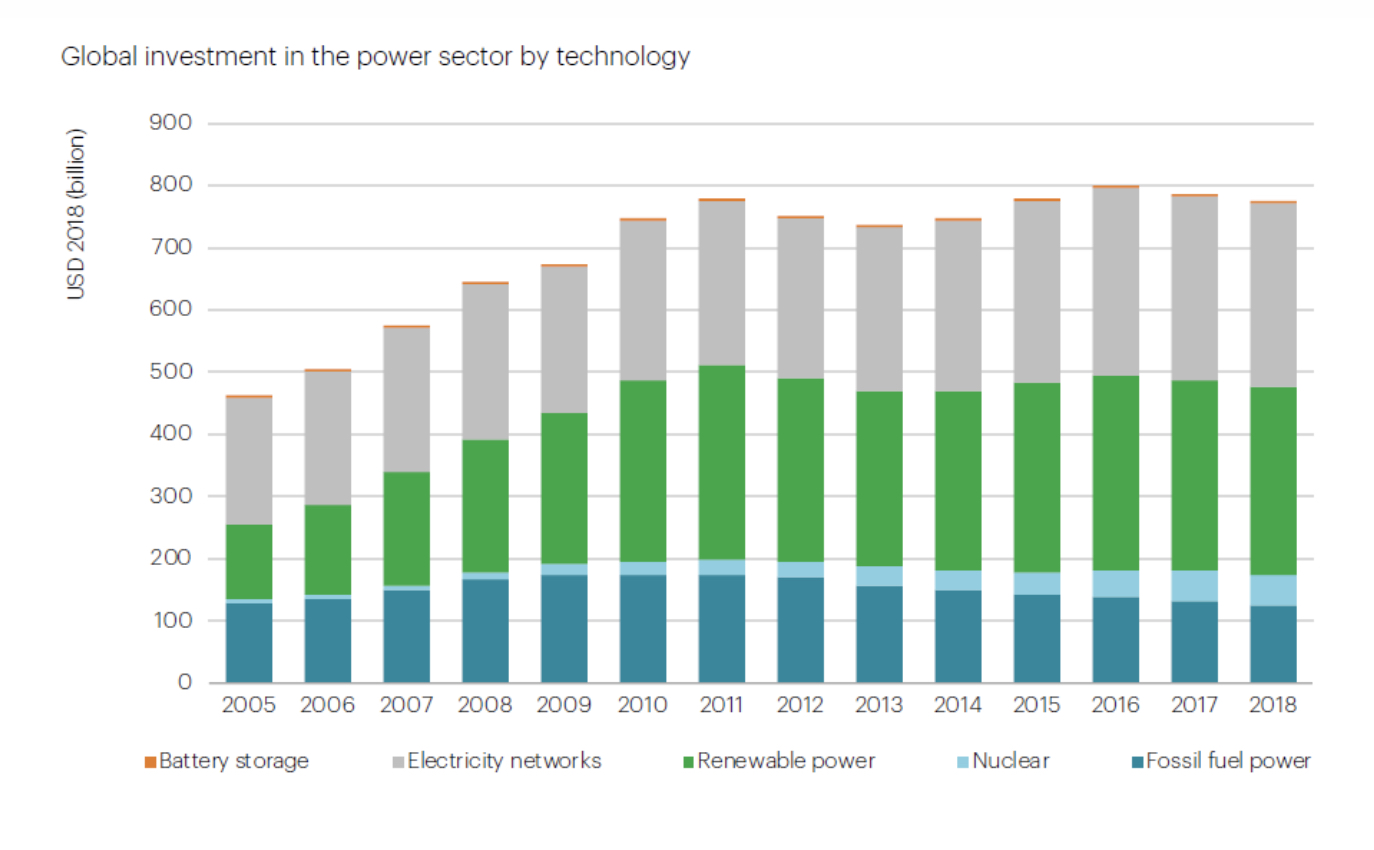 Just over $775 billion was spent in the global power sector in 2018, according to the report, down 1% year on year. Low-carbon power (renewables and nuclear) accounting for nearly 75% of generation spending.

Global power sector spending was down 1% on 2017 due to lower capital spending on coal and gas power, as well as solar PV and distribution, the IEA stated.

Investments in wind power remained flat year on year and spending on solar PV was down 4%.

But, when adjusted for cost reductions since 2010, renewables investment in 2018 was up 55% since the start of the decade (above).

"Whichever way you look, we are storing up risks for the future," he added. 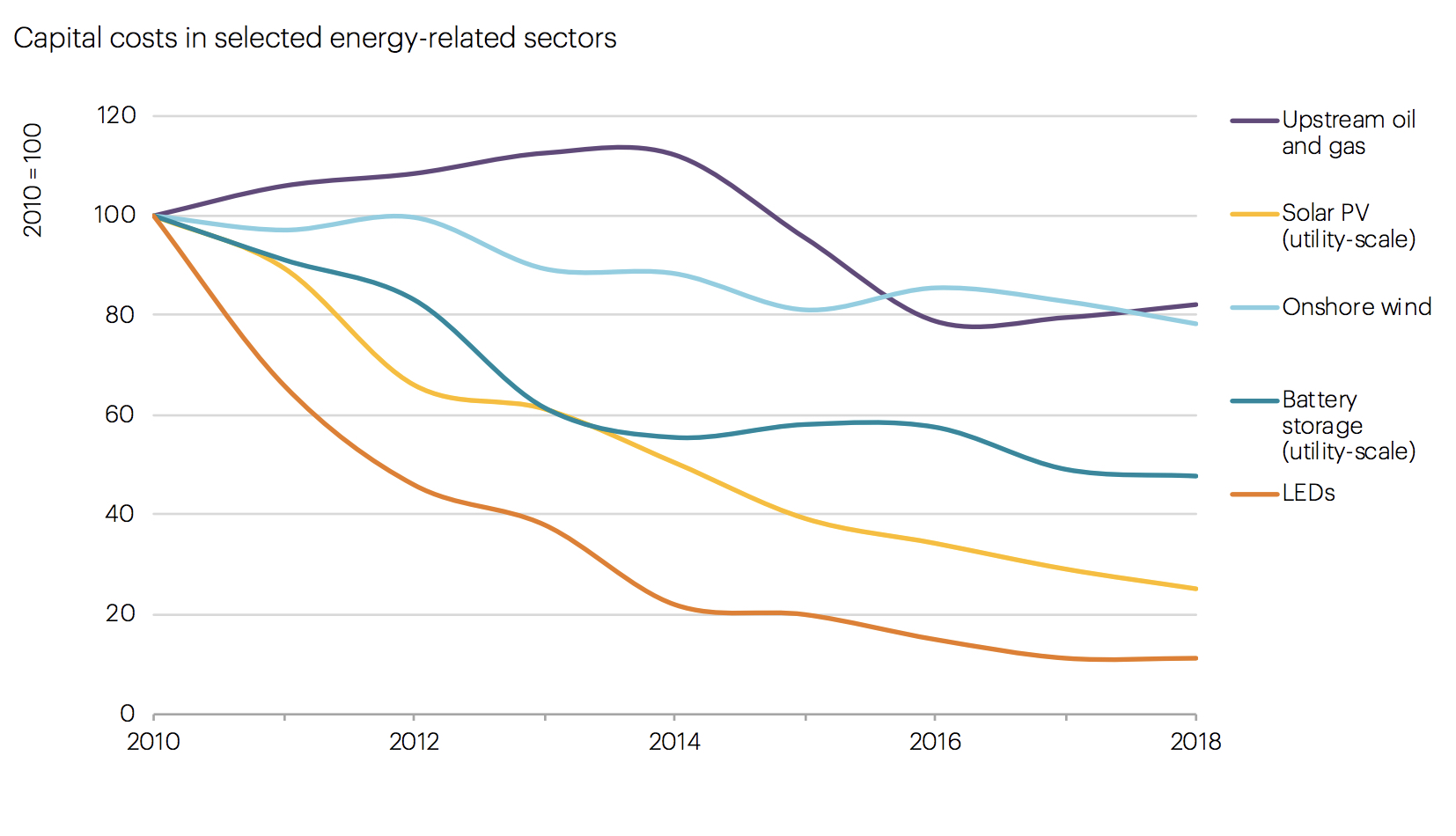 Improved technology, project management and financing terms have led to declining costs of renewable energy — including a 20% reduction in the capital costs of onshore wind since 2010 (above) — the IEA stated.

More powerful, bigger turbines — especially in the offshore sector — have driven down auction prices, for example, the IEA said.

For example, the IEA said corporate procurement supported a 15% increase in solar PV and wind investments in the US last year.

But the spending encouraged by these developments has not been evenly distributed around the world, accordin to the IEA. 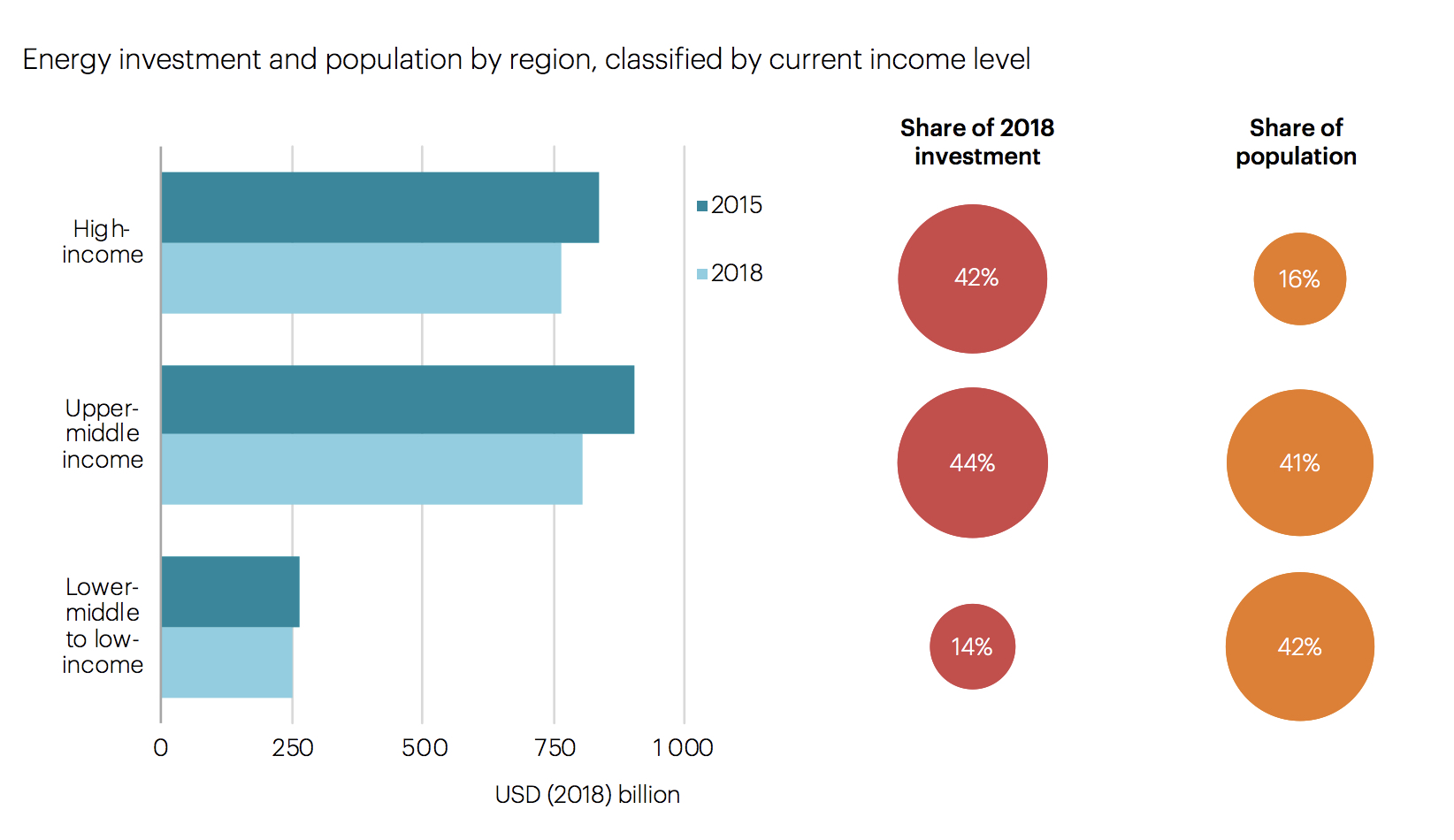 The poorest regions of the world, including sub-Saharan Africa, face persistent financing risks — received only 14% of investment in 2018, but account for 42% of global population (above).

Inversely, high-income countries with just over 16% of the global population, accounted for more than 42% of energy investment in 2018.

The IEA warned the bulk of energy investment needs to remain concentrated in "currently high- and upper-middle income countries and regions" to replace and upgrade aging assets.

But overall spending needs to grow to meet the energy demands of lower-middle and low-income countries as well.

Despite a 5% increase year on year, public spending on energy research, development and demonstration (RD&D) is also far short of what is needed to create the technologies required to meet global decarbonisation goals, the IEA stated.

RD&D spending is also concentrated in top-spending countries, with the US, China, Japan, France and Germany accounting for around 70% of all such spending worldwide.

"Government leadership is critical to reduce risks for investors in the emerging sectors that urgently need more capital to get the world on the right track."