The future of gearboxes is central to the future of wind, but can we sustain the pace of development? Are experts ahead of technology? And what challenges may lie ahead?

Windpower Monthly, in collaboration with Moventas, hosted the definitive discussion on gearbox innovation at WindEurope 2019. With participants from GE, Acciona, Siemens Gamesa, Ingeteam, ABB, Innogy and Wood Mackenzie, the different stages in the supply chain were represented during the conversation.

With turbines increasingly being designed for low wind conditions, there is an increase in AEP expectations, rotor diameters, tower height and torque requirements. Windpower Monthly editor Shaun Campbell asked the participants whether the industry is approaching transport and logistical limits in the movement, installation and maintenance of very large components.

Jaco Nies, Chief Consulting Engineer for Systems Engineering at GE said: ‘If we practise for long enough, and close enough to the logistical limits, companies will learn how to deal with larger components. If you look at the Cypress platform, where we take the tip off the blade and transport separately, the logistical problems are not zero but they’re simplified. Looking at gearboxes 15/20 years ago they were much thicker and now they are smaller in diameter but slightly longer.

‘So yes, there are logistical constraints, but there are also developments on the way to deal with them. People are innovative, and we are constantly redefining these limitations.’

Moventas’ heritage has enabled it to answer market requirements and limitations, such as torque and ratio demand, posed on gearboxes both in the past and the future. Moventas was the first in the industry to provide the high torque density Exceed gearbox solution in 2014. Its technology roadmap supports both medium and high speed platforms, maximised energy output, CAPEX utilisation, and the introduction of innovative and evolutionary gearbox technologies.

With higher towers increasing OPEX in forms such as crane costs, the participants also discussed transport and crane limitations. Albrecht Schoettle, senior drivetrain expert at Innogy, said ‘technology changes as does the market. With the ability to separate the tower sections and the climbing cranes, we are moving past the limitations. If you have the money!’

Kari Uusitalo, Head of Technology and Conceptual Design at Moventas remarked: ‘At Moventas we’ve done studies related to the market needs and limitations. We do not see transportation becoming a limiting matter for geared drivetrains. Existing diameters can be kept up to ~8 MNm input torque.’

Shashi Barla, Senior Analyst at Wood Mackenzie agreed, saying ‘more than drivetrains, we have seen blades and towers becoming the most challenging areas from a logistics point of view with the real tipping point being somewhere between 70 and 80m blades.’ 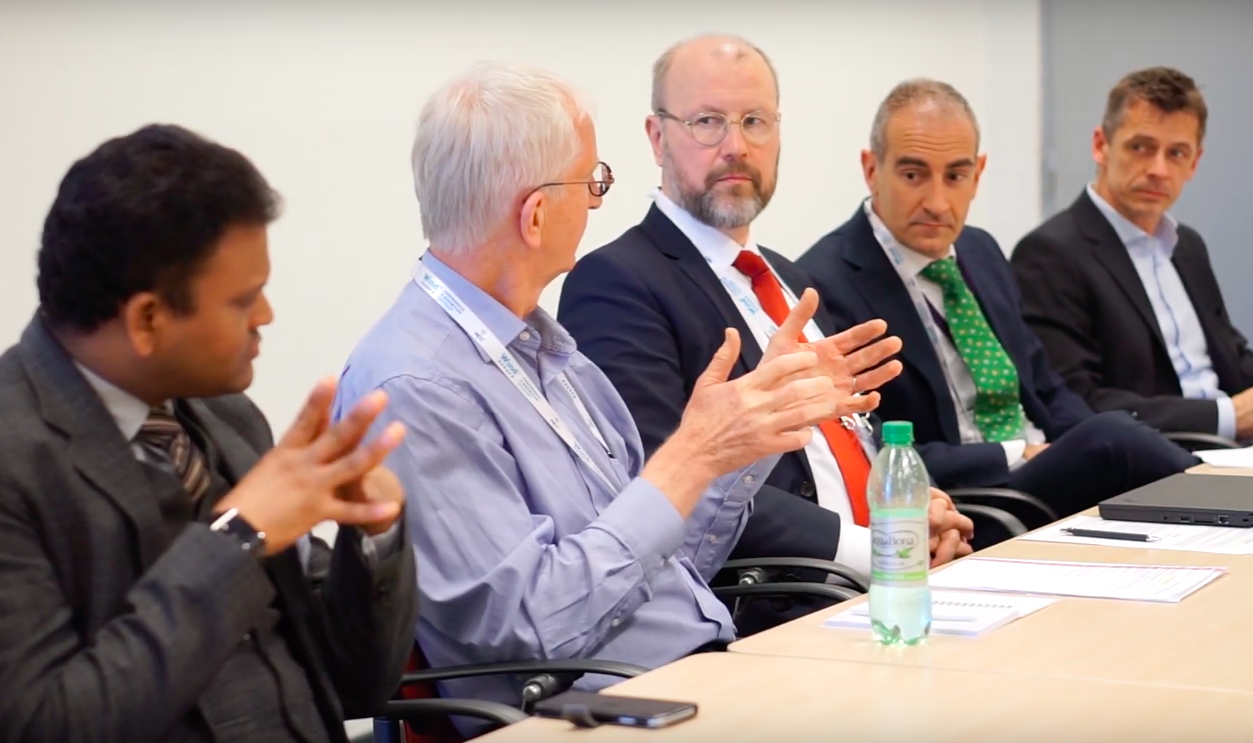 Materials were also discussed, with Eize de Vries commenting on their price volatility. ‘We will see clever solutions; for example copper is scarce and lots is needed in production so we may see clever ideas and connections out of necessity.’

In regards to converters, Ingeteam Wind Energy’s Commercial Director, Alberto Barcia pointed to the emergence of silicon carbide in the search for a next-generation low-loss semiconductor element, due to its superior high-temperature, high-frequency and high-voltage performance. When prices come down, it will be a revolution, he said.

But what are the key market requirements in terms of new technologies? How do we bring about change and should we rely on development of existing machines and technology or create something more radical?

Barcia referred to this as ‘evolution versus revolution’ saying that currently the industry is going for the evolution of existing ideas rather than revolutions as the risks are too great.

Uusitalo commented that so far, the gearbox development has progressed with evolutionary steps - there have been no revolutions seen so far.

Nies noted that ‘often we need a challenge. We can’t grow this because…, we can’t transport this because… - putting demands on the table makes these things happen.’ Albrecht agreed saying that ‘financial demands are the best pressure.’

Barcia remarked that one of the challenges is that there’s procurement and then there’s service. He said that ‘procurement will focus on capex and service on opex so if they are not aligned in an OEM then for suppliers in the drivetrain market it is hard to create a product.’ Raimo Sakki, R&D Manager at ABB agreed but said that this might be improved in the future with more availability and access to data. Perhaps greater digitalisation could be a solution to avoid silos between capex and opex.

Does one of the answers to progression in the sector lie with a greater collaboration and cooperation between OEMs? Nies remarked that ‘the more companies align their long terms visions the better for the industry. If we share that with suppliers then they have a chance to develop and innovate.’ Schoettle agreed, saying that ‘if you want to have a full service concept from OEMs then collaboration is very important.’ It is also important to take this aspect into consideration at the early stage of new product concept development. This way the visions can be implemented into product roadmaps, Uusitalo added. 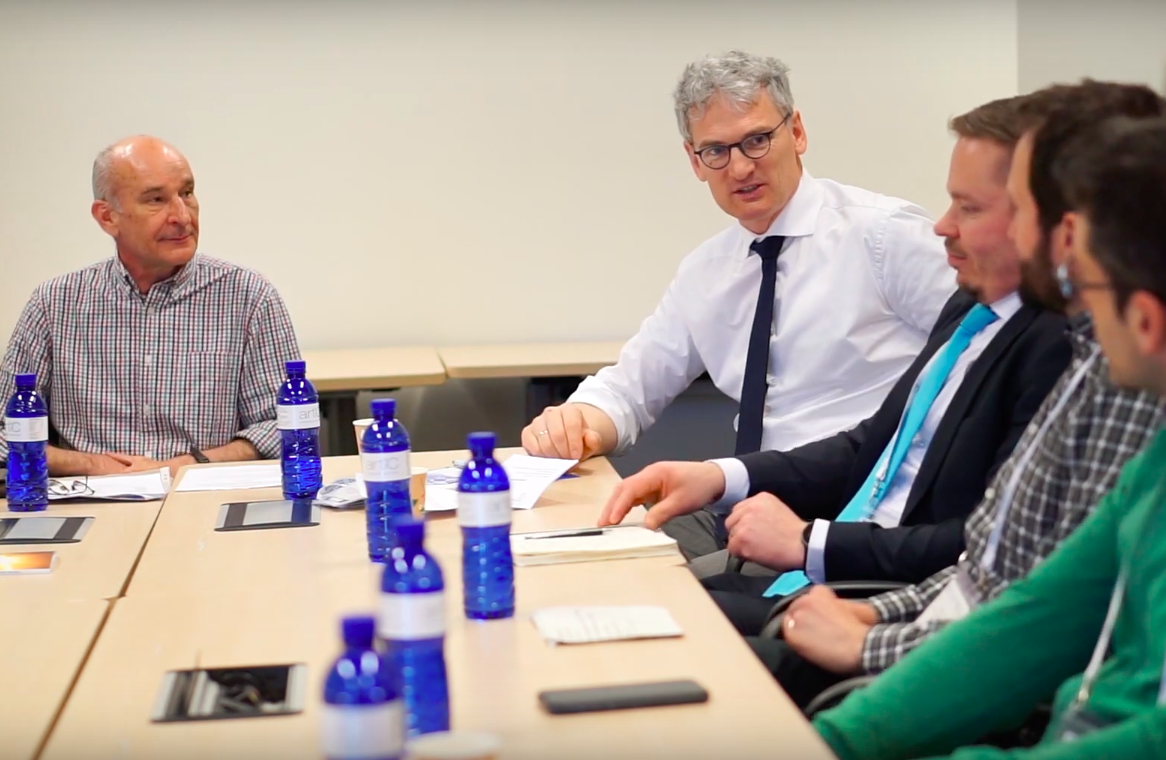 There has been a high degree of consolidation among wind turbine OEMs in recent years. Is this process likely to apply to the gearbox manufacturers?

Alfredo Fernandez Sison, Gearbox Engineering Manager at Siemens Gamesa, thinks it will happen. ‘The global footprint is driving decisions so I think it’s inevitable. Big companies don’t like a large choice of suppliers, and purchasing departments make decisions based  not only on technology but also on logistics, local presence and risks.’

Uusitalo commented that ‘Moventas represents a one-stop solution for turbine manufacturers. We have decades of experience in working with turbine manufacturers to co-create successful turbine platforms and meeting their gearbox demands. Exceed Evo launched in September 2018 is a great example of true partnership model where gearbox and turbine drivetrain was engineered together with OEM. Moventas gearboxes are designed with both OPEX and CAPEX in mind, as their modular gearbox design enables both reliability as well as unprecedented up-tower serviceability.’

For technological developments do we need to think far into the future or more short term? How far down the line do we need to think for developments to be plausible but also be innovative. Uusitalo said ‘we have new technologies coming, but we cannot think of solutions further than ten years into the future. We need to have clear visibility up to five years and have a solid technology roadmap to support that, but also remain agile to market demands. It’s difficult to know what will be happening in the long term. The last ten years of onshore development has shown, that technology development can be much faster than anticipated.’

Barcia concluded the discussion saying: ‘The wind sector is inventive, it’s just a matter of thinking wisely and choosing the right technology as a solution. Do we need to keep asking whether it can wait?’ 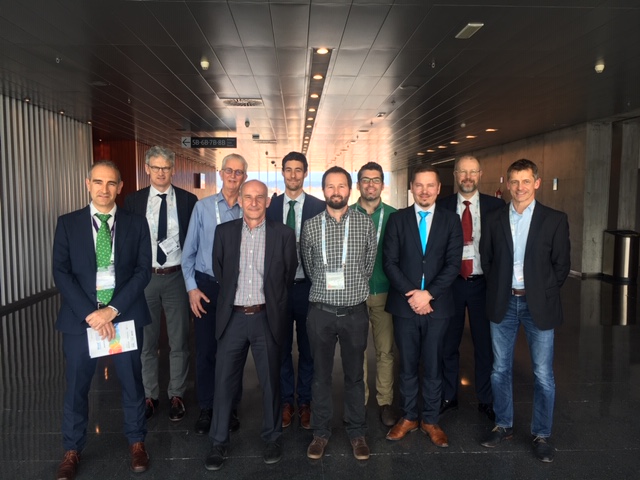 This event was sponsored by Moventas