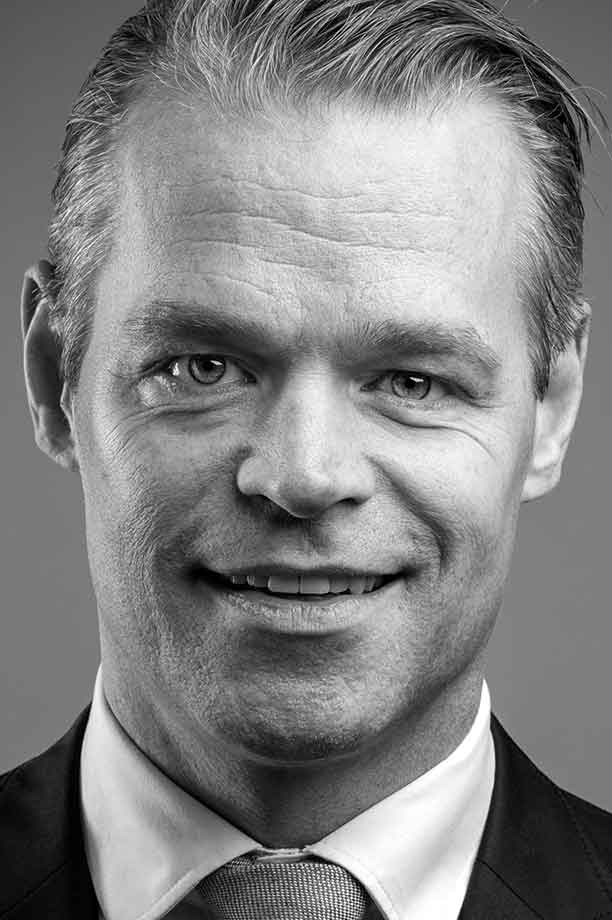 Each of the two turbines has a different, specific market focus, explained Bach Andersen (right).

"They are marketed as ‘brother and sister’ products in various offshore markets, depending on specific market conditions and variables such as mean wind speed, support schemes, and sites with maximum capacity constraints," he said.

"The V164-10.0MW and its 8MW and 9.5MW predecessors were designed and optimised specifically for high-wind IEC IB North Sea application and a 25-year lifetime. It is ready for first installations in 2021."

By contrast, the V174 is a global product for IEC IB with added MHI Vestas characteristics for IEC T typhoon-class requirements, as laid down in DNV GL guidelines for such extreme wind conditions.

It is therefore aimed at opening up new markets with a combined focus on globalisation and industrialisation of production.

Operating in typhoon-prone conditions means a turbine must be able to withstand extreme wind speeds of up to 57m/s.

It further requires coping with rapid continuous changes in incoming wind speeds and wind directions in both horizontal and vertical directions across the rotor plane, Bach Andersen said.

"Our in-house research identified important parallel measures we have implemented: readjusting the rotor continuously to approaching wind directions in fully pitched condition, together with a slowly idling rotor to protect the drivetrain and other critical turbine components and systems."

Reflecting on the past decade, from the initial V164 towards the V174 combined product developments, Bach Andersen said: "Ten years ago, developing such a large offshore-dedicated turbine represented a huge overall challenge, because it essentially meant scaling up from a validated 3MW onshore-offshore size to an offshore-dedicated 8MW-scale.

"One key complicating aspect was that it required pushing the limits of existing engineering models. We had to ask ourselves key questions, such as ‘are our calculations really working?’ and ‘does our operating experience match all the demands of the new technologies applied?’

"When we started the development process, it therefore seemed wise to create an extra technological buffer by initially communicating a 7MW rating, although the focus was on 8MW right from the start." 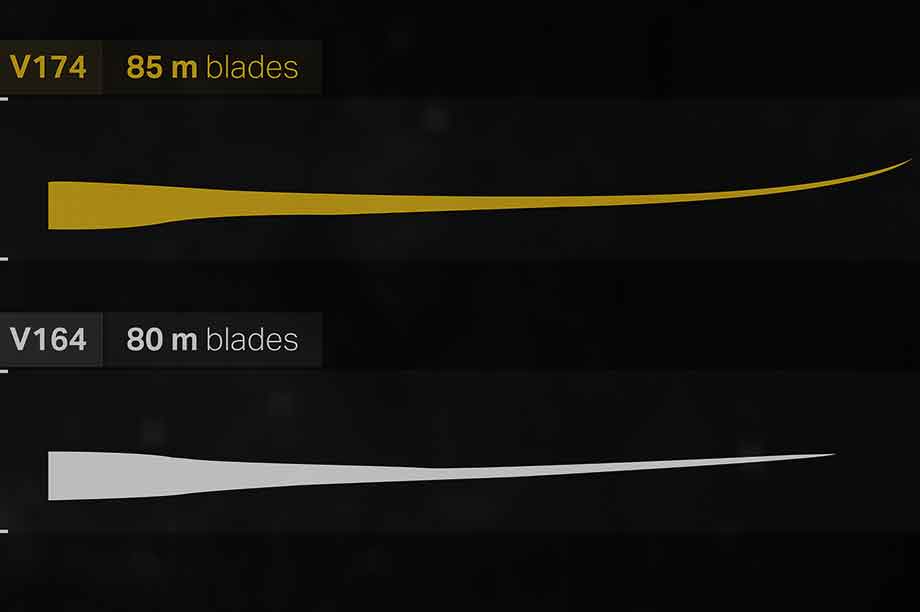 Until the 80-metre blades of the V164, the largest blade (MHI) Vestas had ever produced was a 58-metre blade for a 4.5MW prototype with a 120-metre rotor diameter, Bach Andersen noted.

The V174’s new 85-metre blades are the single largest technological change from the V164 series.

Visually, they are characterised by their slender aerofoil and substantial pre-bending compared with the shorter, almost straight V164 blades, although both are structural shell-types incorporating carbon.

The V174 blade was designed with a focus on minimising loads and features an aerodynamically enhanced aerofoil. A decade of blade design progress is evident in the only marginal weight increase of about a tonne to 35 tonnes, even though the V174 blades are five metres longer.

On the rotor design Bach Andersen continued: "For the initial 7MW/8MW V164 concept, we deliberately chose a large blade-root diameter-to-blade length ratio in anticipation of future scaling. This root diameter has remained unchanged up to the V174.

Maximising annual energy production is the leading principle behind the V164/V174 turbine operation and control strategy, according to Bach Andersen, in parallel with minimising pitch frequency, as each pitch action consumes energy.

Keeping these two objectives in mind, MHI Vestas opted primarily for "classic" IPC, a strategy whereby the pitch angle of individual blades is readjusted in a predetermined cycle during each rotor revolution.

However, this pitch-control mode can be temporarily overruled by engaging load-based IPC during demanding operating conditions, such as strong wind gusts during stormy weather.

V174 product development involved several other measures. "While retaining the blade-bearing diameter, the size of the hydraulic-pitch cylinders had to be increased," Bach Andersen said.

"And the turbine obviously had to be mechanically strengthened in some areas to accommodate the bigger rotor with the associated higher loads. These areas were identified by using advanced software tools like multibody analysis to find structural hot spots [high stress areas]."

The next step was eliminating and optimising such "weak points" by adding more steel, changing shapes and load patterns, and/or switching to higher-quality castings.

"The two model versions have the same rated gearbox input torque, and the minimal technical differences are confined to the gearbox step-up ratio.

Because 10.0MNm gearbox input torque is a constant in our latest modular product portfolio, and both turbines operate with 90m/s rated tip speed, the resulting rotor speeds are 9.9 rotations per minute for the V174 and 10.5rpm for the V164.

Since power (P) is a function of torque (T) and rotational speed (n), in formula P = f (T * n), the bigger V174 rotor turns slower and the maximum power output must be reduced."

To manage the generator temperature even during sustained operation with many full-load hours and/or in high-temperature regions, the V174 gearbox step-up ratio is increased from 1:38.1 to 1:40.8.

This offers higher generator speed with reduced internal heat production and thus extra thermal reserves due to lower generator currents for a given output.

"The above example illustrates that our gearbox design is modular, flexible and well scalable to much higher future ratings," said Bach Andersen.

"For example, a power mode would be considered for specific site conditions with, for example, 9.3m/s wind speeds. Here the assocated reduced loads could create such extra design space for a power mode within the IEC IB certificate design envelope. 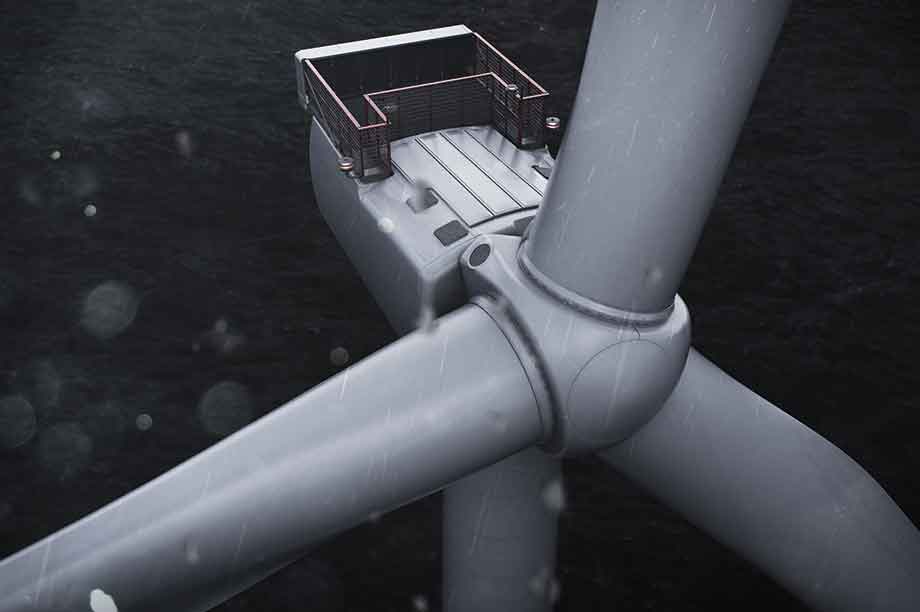 Another point he raised is the ongoing discussion in the wind industry about the potential benefits and disadvantages of raising the rated rotor-blade tip speed.

This debate started about ten years ago at a WindEurope conference (then still called the European Wind Energy Association), when a leading expert predicted that offshore-turbine tip speeds would within years increase from 85-90m/s to 100–110m/s levels.

The prediction itself was fuelled by considerable optimism that advances made in helicopter-blade erosion prevention of military aircraft deployed in the Iraq desert would soon be passed on to the wind industry.

"This has not happened (yet), for several reasons," Bach Andersen said. "The only real benefits of a higher tip speed are a reduction in drivetrain torque loads and Capex.

However, if tip speed is raised by retaining the same blade width (cord thickness), rotor trust loads tend to increase in parallel.

Counteracting this by switching to a very slender blade with a high carbon content to provide sufficient stiffness and strength would raise blade Capex substantially."

Pitch-bearing loads would increase too, he added, and solutions to blade-erosion issues linked to substantially higher tip speed are being developed but still need to be proven to the market.

MHI Vestas has therefore retained the 90m/s rated tip speed of the V164 series for the V174.

The V174 prototype installation is planned for late this year at a location in northern Europe, and full certification is expected by the end of 2020.

MHI Vestas has been named the preferred supplier for a German Baltic Sea project, with delivery and installation of 52 V174-9.5MW turbines planned in 2022 and 2023.