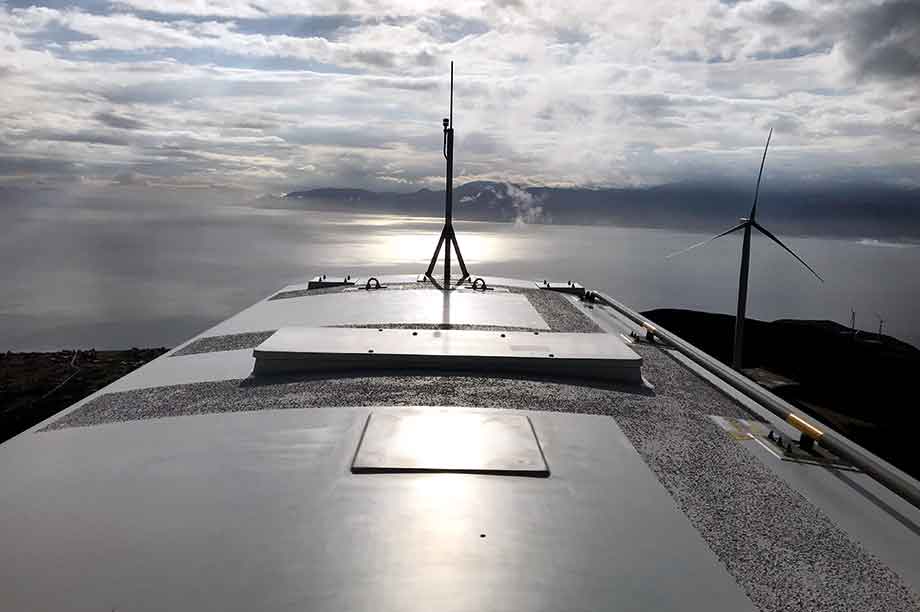 The 38.4MW Fokida project, developed by Nostira Renewable Energy and Fortress Investment in central Greece on the Gulf of Corinth, is built across three elevations: sea level, 500 metres and 1,000 metres.

Construction started in June 2018 but was only completed in early April 2019 as the tricky landscape made getting the turbine’s 50-metre blades around hairpin turns and up the mountain difficult.

It took eight hours to transport each of the blades for GE’s 3.2-103 turbines from the base of the mountain to the top level of the project, GE said, but it was worth it. The view isn’t bad, either.