If the mood at Bilbao had been sombre, it would have come as little surprise. After all, 2018 had hardly been a fruitful year for the European wind industry, with only around 10GW of new capacity installed across the continent, less than Germany and the UK alone had managed the year before. 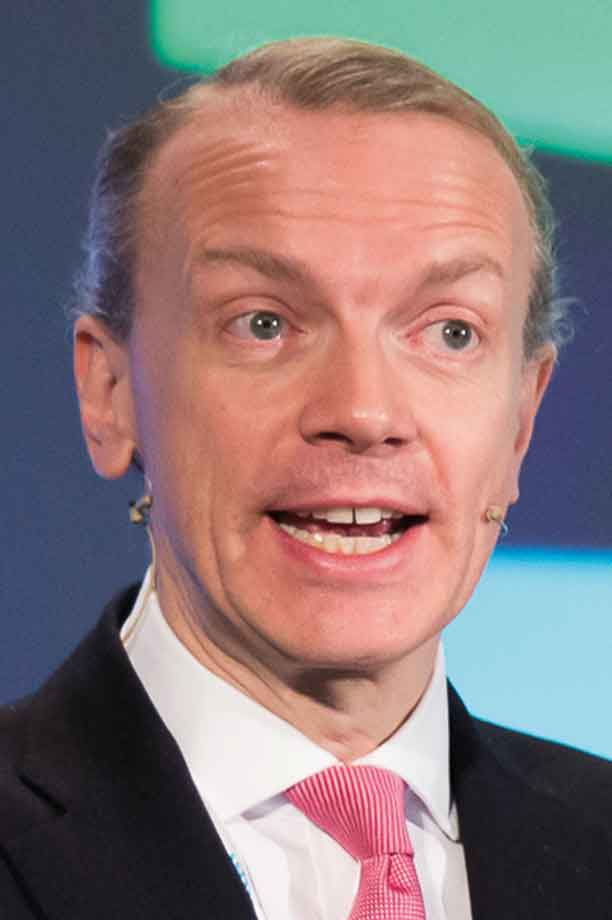 The prospects for the near future were not particularly encouraging either.

Even someone as relentlessly upbeat as WindEurope CEO Giles Dickson (right) couldn’t put a positive spin on the association’s analysis of the national energy and climate plans (NCEPs) that have been submitted to reach the EU’s target of renewables supplying 32% of electricity by 2030.

Virtually every country’s plan for meeting this modest target was considered "insufficient" or "poor" by WindEurope.

"None of the plans properly spell out the policy measures by which countries will deliver on the objectives they outline," said Dickson. "National governments need to fill these big gaps."

If Europe’s national governments demonstrated even a small fraction of the optimism, determination and technological awareness of the wind industry, these big gaps would be filled in short order.

Whether it was Raul Gil, chief operating officer of Prysmian, frankly discussing the offshore cabling sector’s past failings and setting out the steps to improve quality and delivery; or Moventas’ head of technology and conceptual design, or Kari Uusitalo, addressing uptower gearbox maintenance … on a 160-metre tower; it was impossible not to be impressed by the level of industry and personal integrity on display in Bilbao.

GE’s systems-engineering supremo Jacob Neis reinforced this impression by pointing to the many challenges once considered insurmountable that wind power has overcome through a "can-do, go-do" attitude.

These are not people throwing up their hands in despair over the sluggish response of national governments to climate catastrophe, or the effect of the dead hands and deep pockets of the fossil-fuel lobbies on energy transition.

They are simply getting on with the good work — finding ever more resourceful and economical ways of converting, deploying (and storing) wind energy into green electricity.

The technological prowess and progress of the industry was in plentiful evidence at Bilbao. Siemens Gamesa’s new 5.8MW onshore platform was obviously the headline act, but there were innovations and solutions on display in the exhibition halls that took in foundations and towers, drivetrains and blades, data analysis and smart control systems, operations and maintenance, health and safety…

Some very clever stuff, but it was the people behind it, rather than the technology itself, that made the biggest impression on this reporter at Bilbao.

Becoming part of the globalised economy

WindEurope 2019 highlighted the internationalisation of Spain’s wind industry. When the European Wind Energy Association, as it was then known, held its 2003 event in Madrid, the global sector gaped at the Spanish wind industry’s scale.

Utility Iberdrola was on the eve of supplanting Florida Light and Power as the world’s leading wind-project operator, having just leapfrogged fellow Spanish firm EHN (now Acciona) into second place.

Spanish OEM Gamesa, supplier of nearly all of EHN’s and Iberdrola’s turbines, was competing successfully against global stalwarts such as Vestas and GE.

And all the manufacturers were after a slice of the Spanish market, which would grow from 6.2GW of installed capacity in 2003 to nearly 23GW over the next ten years. 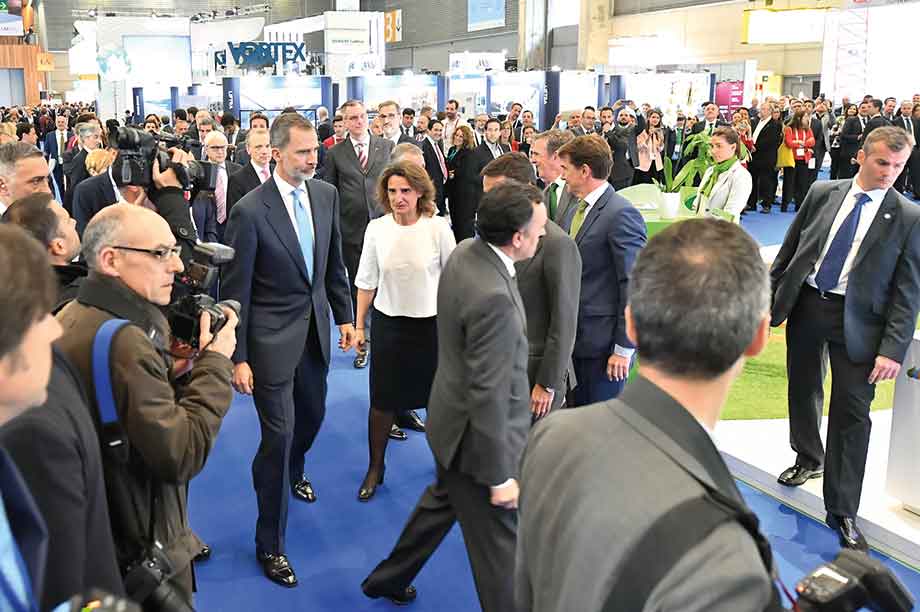 King Felipe VI of Spain and the country's energy minister, Teresa Ribera, on the exhibition floor

Fast-forward to Bilbao 2019 and the volume of industry business was visibly so much bigger. Yet, apart from the tapas offered at various stands, the Spanish flavour was very much diluted.

Gamesa, for instance, merged with Siemens in 2017. The new 5.8MW Siemens-Gamesa onshore turbine launch at Bilbao was a glossy multinational event, with none of Gamesa’s former market-storming flare.

Competitor and pioneer Ecotècnia was absorbed in 2007 by Alstom, which, in turn, was gobbled up by US conglomerate GE in 2014.

Meanwhile, Acciona Energía’s place among developers is now challenged by utilities EDP, Enel Green Power and Vattenfall, although it still claims to be the world’s largest renewables pure player. Its own wind turbine division, Acciona Windpower, has been a part of Germany’s Nordex since 2016.

Speaking in Bilbao from the stand of his new company, consultancy Das-Nano, Morrás Andrés was touting a solution to "one of the costliest Achilles heels" of the global sector: blade damage and flaws. His firm’s Notus solution uses terahertz imaging to provide micra-resolution (thousandth of a millimetre) images of bonds and flaws in blade coatings.

Among other innovations, Spanish designer Saeta, displayed its floating precast-concrete offshore floater prototype called SATH (Swing Around Twin Hull), which had just received the go-ahead for installation in the water.

The last WindEurope event held in Spain was in Barcelona, 2014. On that occasion, Spain received a prize from the association for becoming the first country in the world where wind was the top generator over an entire year.

The right-wing People Party government, 2011-2018, which had reduced Spain’s wind market to a crawl, failed to send any official to collect the prize.

Spain’s wind industry has since enjoyed the support of the pro-renewable socialist PSOE government, which took office in 2018. Whether that will change after the 28 April general election remains to be seen.

Regardless, Bilbao 2019 showed how, despite the previous market hiatus, the Spanish wind industry burgeoned anyway, largely through a growing presence in global markets.

The UK has little to show for three years of all-pervading and acrimonious debate. Brexit means Brexit, means uncertainty, means no one has a clue on the effect on jobs, food prices, critical medicine availability, or the million and one other things that ensue from leaving the European Union.

Europe’s wind industry is adopting a classic British stance to an uncertain future. It is keeping calm and carrying on.

The UK government’s international trade department settled the water at a panel session in Bilbao saying that it anticipates successful outcomes to its offshore tender round in late May.

Siemens Gamesa’s UK managing director said he was not aware of any of large-scale developers that had been deterred from bidding. 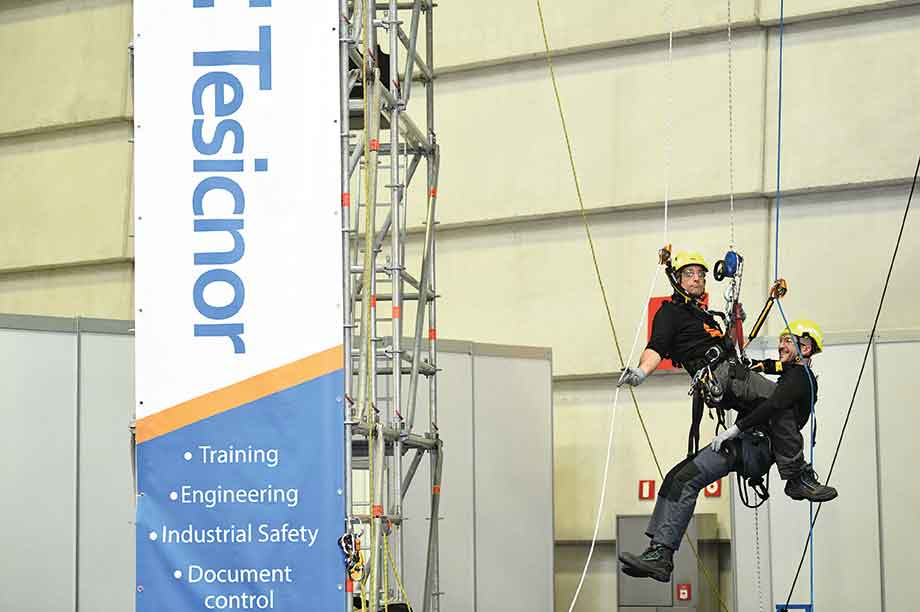 Which is not to say that the industry has been entirely ignoring the consequences.

Iberdrola subsidiary ScotttishPower Renewables admitted to stockpiling components and learning as much as it can about the documentation that may be required for overseas workers, while adding that this was nothing out of the ordinary.

Neither SGRE or ScottishPower expressed any particular concerns about projected tariffs if the UK was to crash out of the EU and deal under World Trade Organisation rules.

SGRE said it had carried out an audit of around 80,000 items and found that in most cases a rate of no more than 2% would be added.

But, the panel agreed, there remain unanswered questions over health insurance and visas, as well as cross-border trading.

The biggest problem with the Brexit process, if we can dignify it with that word, is that it has diverted UK policy from other areas of renewable-energy development, notably onshore wind and solar PV, and small-scale local schemes, argued the head of one UK onshore wind operator.

Offshore wind has not been immune from Brexit’s stultifying effect, though. The government’s sector deal with the offshore industry was finally delivered in early March, around nine months later than anticipated.

But the visibility created by this bespoke arrangement — which aims to boost the UK’s offshore wind capacity to 30GW by 2030 — has done much to underpin the European offshore wind industry’s confidence in the UK energy market.

A big business still in touch with its roots

You may be forgiven for thinking the wind industry is now big business. It is. It supports hundreds of thousands of jobs, generates millions of euros in revenue, much of which is reinvested in local communities — more than can be said for some other forms of generation.

It has stock prices and shares, mergers and acquisition activity resulting in market consolidation, good years and bad years, depending on "external factors beyond our control".

It is on a constant search for best practices, synergies and paradigm shifts, while grabbing at the low-hanging fruit. Companies are always going forward.

There are great, big glass-fronted headquarters, snazzy advertising campaigns and media-trained executives who remain closely guarded under questioning from those pesky journalists from a range of trade magazines — or even multinational news outlets — which tirelessly pour over every detail of fantastically complex feats of engineering and logistics.

But what the industry has retained in from its early days of bearded hippies in sandals is its ability to think creatively, to overcome any challenge thrown its way, and push the boundaries of what should be possible. That was on display in abundance in Bilbao. 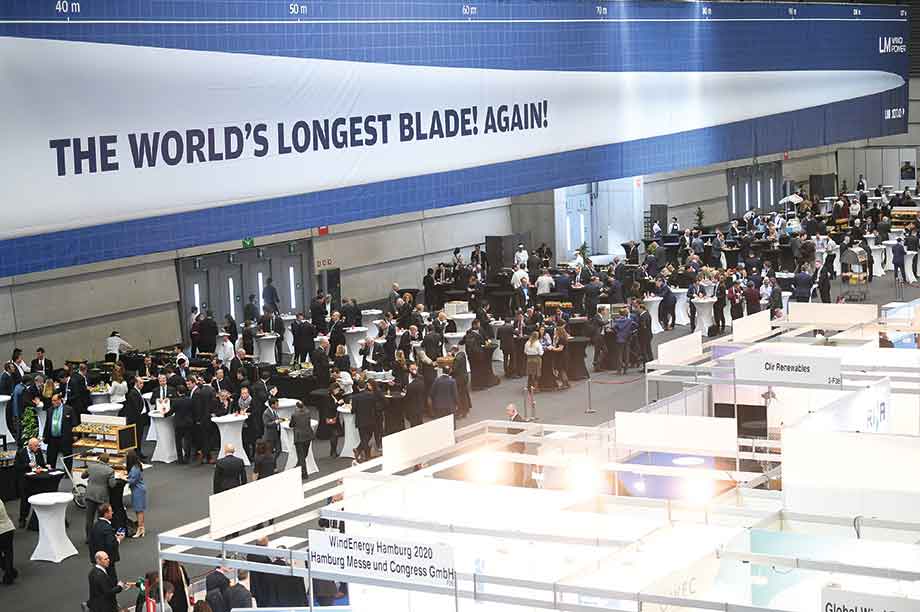 The rise of the super-sized turbines, both onshore and offshore, with components to match, is posing several questions for the transport and logistics industry, but, so far, it has stepped up to the mark.

On a panel debate on this topic at the Windpower Monthly stand, André Gründel, director of global sourcing logistics at Nordex, said the wind business had always come up with new ways of transporting larger components. "The industry has always been innovative," he said.

Whether its airships to aid transport, or a splitting of the blades into more manageable pieces, or simply a more advanced dolly system to get round corners, there will always be a way of getting these, now football-field-sized blades to where they need to be. The same can be said for towers and gearboxes.

It is that kind of innovation that will be necessary when the support schemes expire, when the energy systems are carbon-free, and when baseload power is dependent on renewables.

There will be a need of finding new ways to do things, instead of just adapting to old ways. It is this start-up-like creativeness but backed by big business budgets, that will keep the industry "going forward".

Today the challenges are getting a blade round a corner. Tomorrow, it’s keeping the lights on, and the houses warm, in a cleaner, greener world.