The US may have been late to the party, but the north-eastern states have now stepped up to the plate, creating demand for offshore wind with gigawatts of mandates and goals — 17 GW by 2035 to be exact.

The federal government has been holding regular auctions for leases of offshore tracts, regardless of the president’s anti-wind rhetoric.

But there are significant barriers to rapid development, staring with the lack of a supply chain, at least for the first few gigawatts to be installed.

When Deepwater Wind’s 30MW Block Island was built, the US’s only offshore project to date, major components were imported from Europe.

Beyond that, transmission will be the main bottleneck. Some time ago, a plan for a transmission line off the east coast, backed by internet giant Google, died in part because the US offshore sector took longer than expected to get off the ground.

Although almost all offshore development planned for the next ten years will be in federal waters, three nautical miles from the Atlantic and Pacific coasts, port upgrades and the siting of manufacturing facilities will be largely under state and local jurisdiction.

US states are independent and do not necessarily collaborate, which does not help when trying to build an offshore wind industry practically from scratch.

In a decade’s time, US offshore installations will still lag behind Asia and Europe’s. But America’s offshore industry will be a multi-billion dollar endeavour, with projects backed by global players, accounting for some 10% of the global installed base.

WoodMackenzie Power & Renewables forecasts just over 13GW of offshore projects off the US by 2028, of which 1.1GW will be floating in the deep waters off California.

The remainder will be off the east coast, apart from the small Icebreaker project in the Great Lakes.

Meanwhile, Europe is expected to have 69GW of offshore wind by 2028, closely followed by Asia Pacific with 63GW by 2028. A modest 300MW may be built off eastern Canada by 2028, says the consultancy.

By 2028, annual installations in the US will be 2.2GW, compared with 6.9GW in Europe, and 7.8GW in Asia Pacific, predicts Anthony Logan, senior North American wind analyst at WoodMackenzie.

Firm proof that the US industry had arrived came in December 2018 at a frenzied two-day auction held by the US Bureau of Ocean Energy Management (BOEM) for sites off Massachusetts. The winning bidders — European companies with deep pockets — paid an unexpectedly high $405m for three lease areas.

The growth of the offshore sector was underscored by the fact that, in January 2015, BOEM’s lease sale for the same areas off Massachusetts had failed to attract a single bid.

And it had been only late in 2017 that developer EMI officially halted the controversial 468MW, $2.6 billion Cape Wind project, planned for a site closer to the Massachusetts shore.

Offshore activity surged from Massachusetts south to Maryland throughout 2018. Liz Burdock, president and CEO of the Business Network for Offshore Wind, notes that almost $1 billion was spent on US offshore wind lease rights and projects in the last quarter alone, including the two-day Massachusetts auction.

In the same quarter, the US’s most successful offshore developer, Deepwater Wind, with a portfolio of lease rights, was bought by Ørsted for $510 million.

If the record-breaking auction in December was the tipping point for the sector, the wake-up call came in January, when New York governor Andrew Cuomo called for an almost quadrupling of the state’s offshore wind target to 9GW by 2035, up from 2.4GW by 2030. 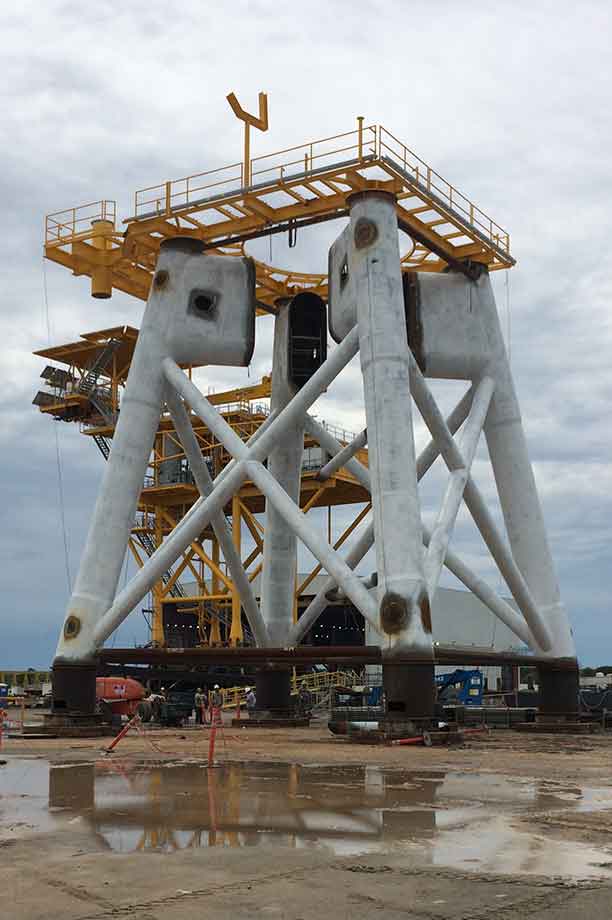 That made it clear to the industry that dialogues had to be started on building a supply chain and upgrading transmission, says Burdock.

"Now it’s time for us to deliver. The states have given us the market. It’s time to roll up our sleeves and make the industry work," she says.

The main barrier in the US — for the first 4-5GW installed — will be a lack of supply chain.

The investment tax credit (ITC) is expiring, which means companies are rushing to start investing this year and to get as much steel in the water as possible by the 2023 deadline.

The US will have to compete with Europe and Asia Pacific for components and vessels until a local supply chain develops.

Transporting a major component from Europe to the US, such as a gearbox, can add 15% to its cost, although economies of scale can help bring this down, notes Bruce Hamilton, director of energy at Navigant Research.

Some components can be made in the US more easily, such as cables and — as was the case at Block Island — foundations.

There is ample offshore oil and gas know-how in the Gulf of Mexico. Bearings and gearboxes might be trickier, says Hamilton, as these require more specialised engineering.

Complicating the supply-chain issue is the archaic Jones Act, which is not expected to be repealed. It requires that only US-flagged ships and barges transport goods by water between US ports.

Jesse Broehl, senior research analyst at Navigant, recalls that for Block Island, a jack-up vessel was brought over from Europe — Fred Olsen’s Brave Tern — then US barges ran between the main vessel and US ports.

Ten years of work and 3.5-4GW of installations is the demand needed for a jack-up installation vessel.

The phase-out of the ITC, worth 12% for projects that start by the end of 2019, is not seen as a big impediment.

Major players will be able to live with slightly lower margins, says WoodMackenzie’s Logan. Some smaller potential bidders may drop out of auctions, but these would have been unlikely to win anyway.

The deadline for project completion is 2023, but there may be flexibility for projects if they are completed in 2024, he says.

The next major barrier, once the first 3-4GW has been installed, will be transmission, says Burdock.

Offshore-transmission developer Anbaric is talking of a backbone, the New Jersey OceanGrid, and has recently asked the transmission operator in New England to conduct a study of offshore wind in the region.

But other than OceanGrid, no major plans have been unveiled.

Michael Goggin, vice president of Grid Strategies, foresees the projects that make up the first 3-4GW of development as each having their own tie-line to shore.

"With the aggressive timeline of the ITC, we don’t have time to wait for an offshore network," he points out.

Beyond that, preliminary discussions between states and regions are already under way for a network, he says.

A complicating factor is that wind projects will be built off coastlines where transmission is overseen by three separate regional operators — ISO New England, the New York ISO and PJM.

And there is no system for inter-regional planning and cost allocation, Goggin says.

However, the states have the authority to collaborate on transmission, he says.

And federal authorities would also have to be involved. "The offshore wind will get built — it’s just a question of at what cost," Goggin adds.

A final barrier to the offshore sector is inter-state competition. Each state expected to have offshore development is so far trying to corner as much as possible of the economic development and jobs created.

They need to collaborate, says Burdock, but how they do this is complicated politically. She notes, however, that offshore wind was a topic on the agenda at a meeting in late March of the National Governors Association.

Regional coordination will be helped by the fact that major players are becoming active in multiple areas, such as Ørsted, which is involved in projects or has leases off most north-eastern and mid-Atlantic states, she adds.

The excitement in the US sector was perhaps best summed up by BOEM acting director Walter Cruickshank after the Massachusetts auction in December.

"I’m just going to say at this point, wow," he told reporters. "We are truly blown away by this result. It makes me optimistic about the future of the offshore wind sector."