The 14MW plant developed by Grand'Rivière Eolien Stockage Services (GRESS) — owned by NW Energy, EDF and Total Eren — in Martinique is capable of supplying 2.5% of the island’s electricity needs.

In building the facility, developer NW Energy faced a number of technical and logistical challenges, not least transporting the seven Vestas V100 2MW turbines along narrow, winding roads from Grand'Rivière port to the site.

The project was initiated over a decade ago, under a regulatory framework established in 2013 setting the conditions for projects in French overseas territories located in cyclone zones.

"It is thanks to this regulatory system that we were able to make a contract with EDF," NW Energy said.

To meet the terms, the turbines are adapted to withstand cyclones. The project is also coupled with a 5MW/5MWh lithium-ion battery and energy-management system to maximise output and help balance the island’s isolated grid. 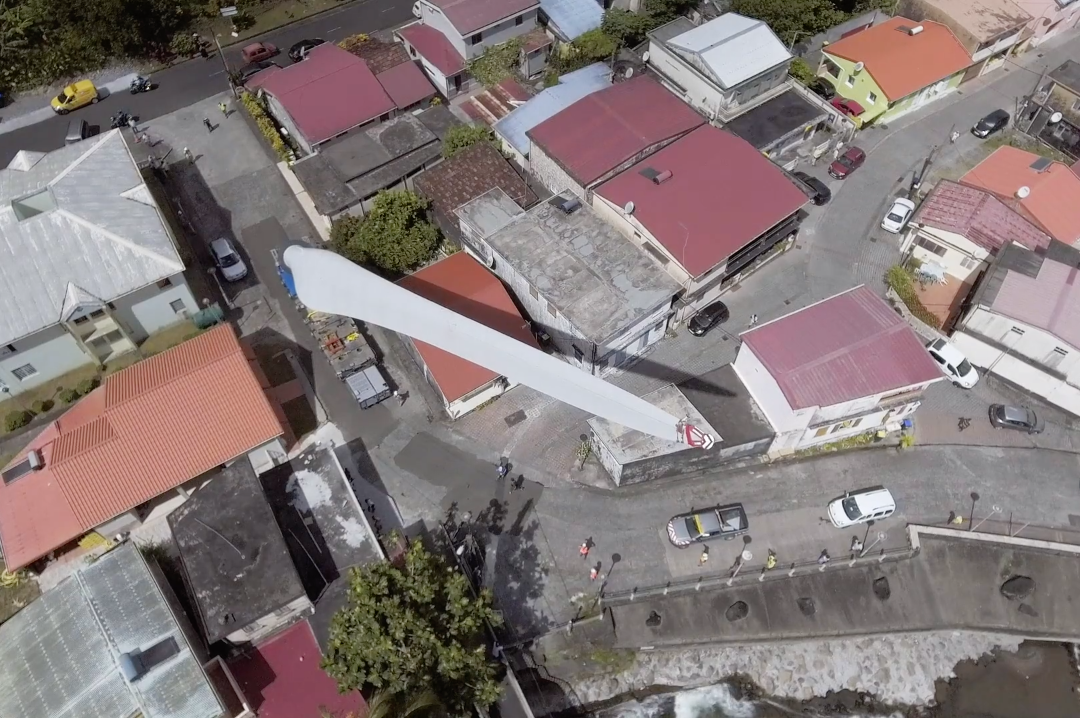 Despite the 14MW installed capacity, "from the outset, it was planned to only inject 12MW into the grid in order to maintain the production capacity," the developer explained.

In return, GRESS earns €230/MWh for the first ten years of operation and then a sliding scale ranging from €230/MWh to €50/MWh depending on the number of full-load hours.

GRESS estimates the plant will produce roughly 37GWh a year on average and save around 10,000 tonnes of fossil fuel.

Up to now, Martinique boasted just 1.1MW of operating wind power and met roughly 93% of its energy needs from fossil fuels.

But under its recently agreed energy road map (PPE) the plan aims to source 56% of its electricity from renewables in 2023 and be energy independent in 2030.

To facilitate this, last year the amount of renewable power allowed on the grid increased to 35%, up from 30%.

That should rise to 45% in 2023, by which time the PPE foresees an additional 12MW of wind energy and associated storage online. GRESS has two new projects in the permitting process totalling 24MW, while Quadran has received consent to repower its Vauclin 1.1MW facility, taking it to 3.6MW, with construction slated to start early next year.