Total wind investments were more than double any other form of generation last year.

This record total occured in the same year installations across Europe fell to their lowest level since 2011. 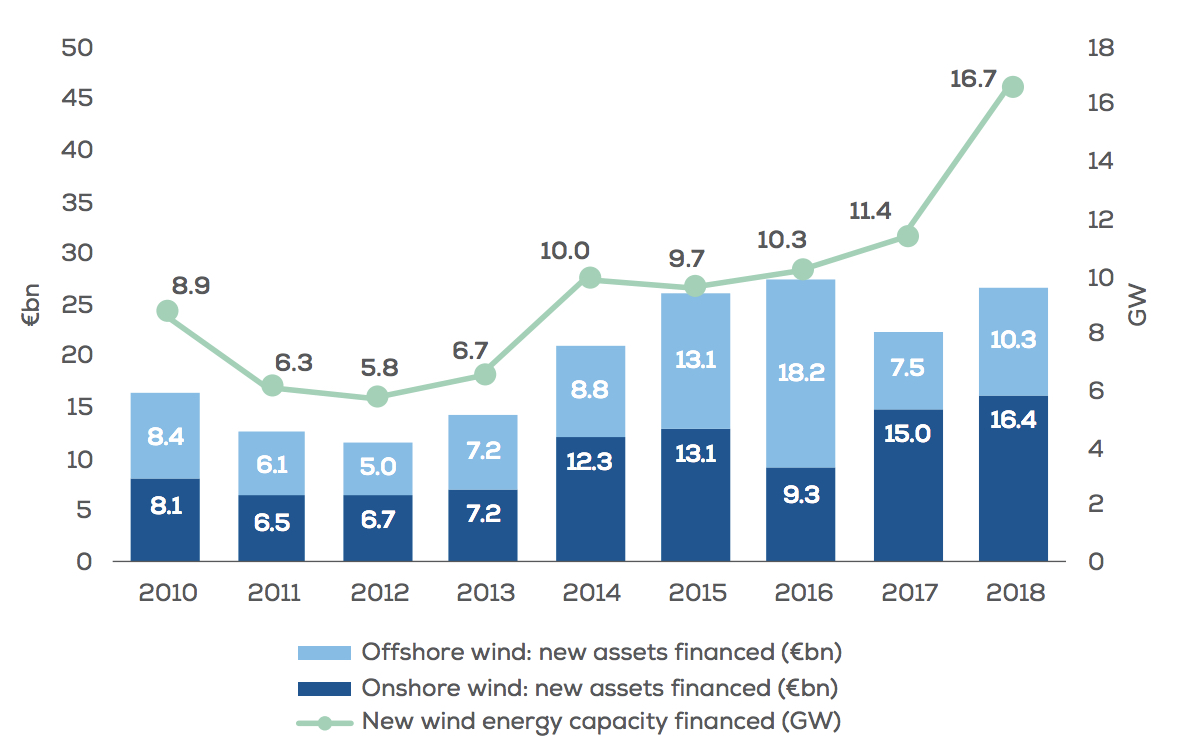 WindEurope added the €26.7 billion spent in new wind assets represented 61% of all investments in new power capacity in 2018.

Giles Dickson, the organisation’s CEO, said: "Cost reductions means investors now get more MW per euro they invest, and lenders are more comfortable with the risks so the costs of finance are falling too."

"But Europe needs to keep investing significant amounts in wind if it’s going to meet its 32% renewables target for 2030," Dickson added.

"The money is out there, but there aren’t enough bankable projects."

Dickson added that difficulties in getting projects permitted due to increasingly slow and complex regulatory processes hindered development.

A lack of visibility of governments’ plans for renewable energy development also obstructs project financing and development, he said.

The geographic spread of investments increased last year, with projects reaching a financial investment decision in 22 countries — compared to 20 in 2017, and 16 in 2016.

Northern and western Europe accounted for the vast majority of investments in new assets last year, with the UK (€5.9bn) and Sweden (€3.7bn) leading the way.

Meanwhile, southern, central and eastern Europe only accounted for 4% of the €26.7 billion in financing.

However, WindEurope expects investments within these regions to increase in 2019, especially in Spain and Poland.

A further €24.1 billion was spent on acquisitions of projects and companies — much more than previous years.

This total included €18.9 billion used in project acquisitions more than doubling from €9 billion in 2017, with a further €5.2 billion spent on company acquisitions — a figure similar in value to 2017, WindEurope stated.

The industry body explained that the maturity and competitiveness of the wind power sector had attracted more investors as equity partners, particularly from financial services.

As investors become more confident about wind power, they can calculate risk more accurately and invest earlier in projects, it explained.

Specifically, projects are increasingly being backed through ‘affordable debt’, particularly via non-recourse financing not visible on companies’ balance sheets.

WindEurope added that, as lenders become more comfortable with the risk of investment in wind power, interest rates and risk premiums are falling. This, in turn, means wind farms are getting more competitive funding and lower financing costs.