Vestas cemented its top position due to a strategy of covering all regions as well as its strong performance in the Americas, while Goldwind’s improved performance in its domestic Chinese market saw it leapfrog Siemens Gamesa into second place, GWEC said in its Supply Side Analysis.

Eight out of the top 15 manufacturers last year are based in China.

However, if their domestic market were excluded, only Goldwind would crack the top ten, as no other Chinese manufacturer installed enough capacity overseas, GWEC CEO Ben Backwell noted. 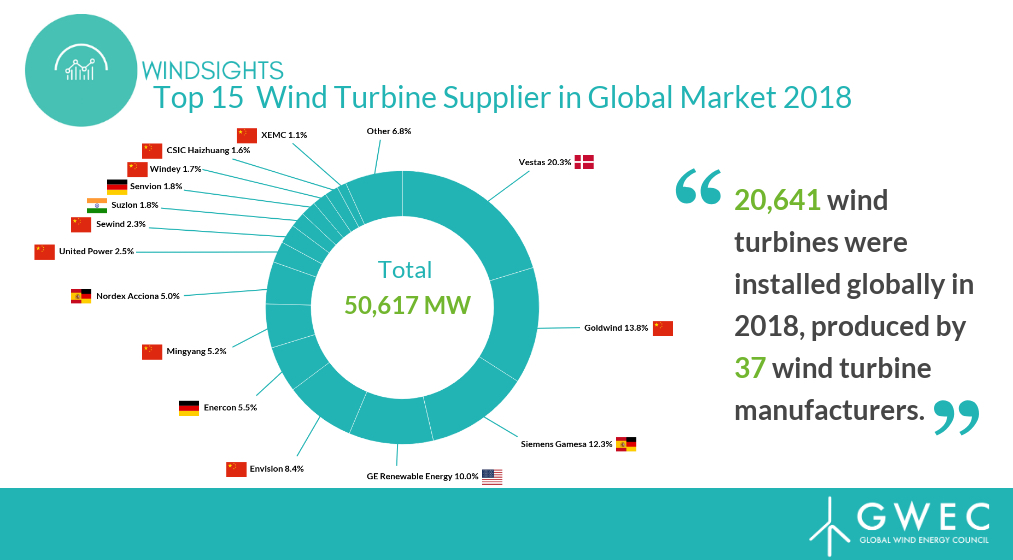 Feng Zhao, GWEC’s strategy director, explained there was further consolidation on the supply side in 2018.

The top 15 turbine suppliers accounted for 93.2% of all new capacity installed last year, up 2.4 percentage points from 2017.

"The severe competition resulting from the transition from feed-in tariff to auctions pushed another seven small turbine OEMs out of the market last year.

"This trend is likely to continue in China. Although there are 19 local turbine OEMs active in this country, the upcoming auction and the central government’s goal to reach grid parity in the early 2020s will certainly force many small and medium-sized Chinese turbine vendors to give up their wind turbine production activities," he added.

GWEC stated this was primarily due to the reduction in the number of turbines installed by German manufacturer Enercon, which favours direct drive technology. 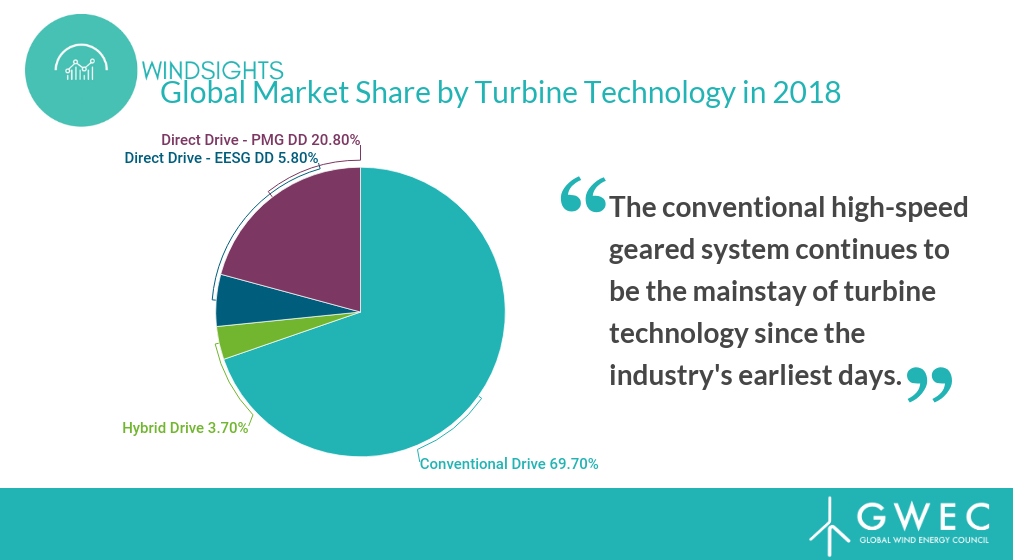 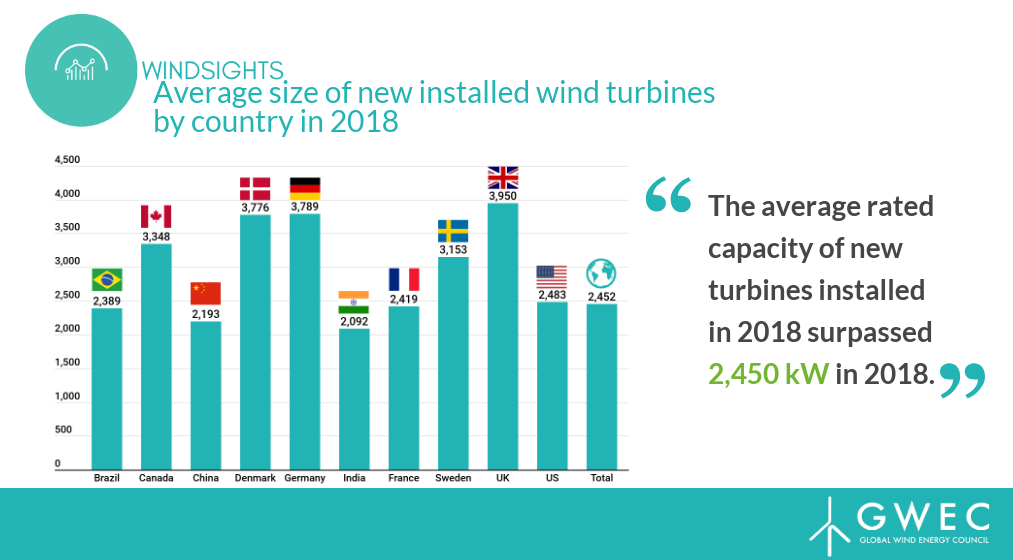 On average, the UK, the world leader in offshore wind, which typically features more powerful turbines than onshore, had the highest rated turbine capacity (3.95MW) in 2018.

It was followed by Germany (3.789MW) and Denmark (3.776MW), which also have strong offshore wind sectors.