Under European Union law, member states were tasked with submitting draft national energy plans by the end of 2018 to set out how to reach the 2030 targets agreed by the bloc in 2018.

WindEurope’s analysis rates nearly every country’s plan as either "insufficient" or "poor" on the basis of the policy measures included.

"Most of the draft plans give no long-term visibility on renewable energy auctions, doing little to support investment certainty.

"Only Germany provides an auction schedule to 2030. Nor does any country commit to simplifying rules on planning and permitting, such as common sense restrictions on distance or wind turbine tip height.

"This is key, as getting a permit for new wind farms is becoming more difficult and more expensive in many parts of Europe," WindEurope said on the opening day of its 2019 conference and exhibition in Bilbao, Spain (2-4 April). 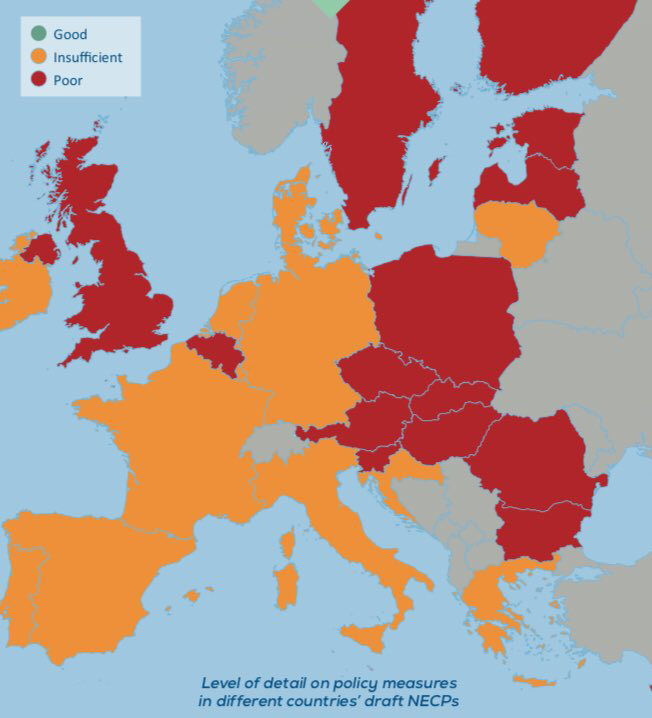 Among the plans, only six countries – Belgium, Denmark, France, Germany, Italy, and Spain – acknowledged the need for a policy to cope with renewable energy generation that reaches the end of its operational life, meaning a process for either repowering or life extension. But none of the plans give any details for this.

WindEurope CEO Giles Dickson said: "None of the plans properly spell out the policy measures by which countries will deliver on the objectives they outline.

"[The industry will] invest in those countries that have the clearest plans. So it pays for governments to get them right," Dickson added.

Following these first drafts, member states will begin a dialogue with the European Commission and national stakeholders with a view of making improvements.

Windpower Monthly is at WindEurope's Bilbao 2019 conference and exhibition in Spain (2-4 April). Visit us in Hall 3, stand E-64.

Stay up to date with all of the events from WindEurope 2019, by following our dedicated show page here.