Onshore wind accounted for 9.1% and offshore wind 8% of total production in 2018 — both new records, according to the UK’s department for energy and industrial strategy (BEIS).

Last year, 700MW of onshore wind capacity was added to the grid, bringing the cumulative total to 13.5GW, and 1.2GW of offshore wind was brought online, raising the total to 8.2GW.

The UK’s total electricity generation for the year fell by 1.4% to 334TWh, with falls in coal, gas and nuclear output offset by increases in renewables, primarily bioenergy, wind and solar PV.

This includes several large offshore wind sites that were brought online or expanded in 2018, including the 659MW Walney Extension off the west coast of England — the world’s largest operational offshore project.

"We need Government to fully recognise that renewables are the future in our energy policy — from fair markets for flexible power and innovation funding for new technologies, to removing the obstacles in the way of our cheapest form of generation: onshore wind," Pinchbeck added. 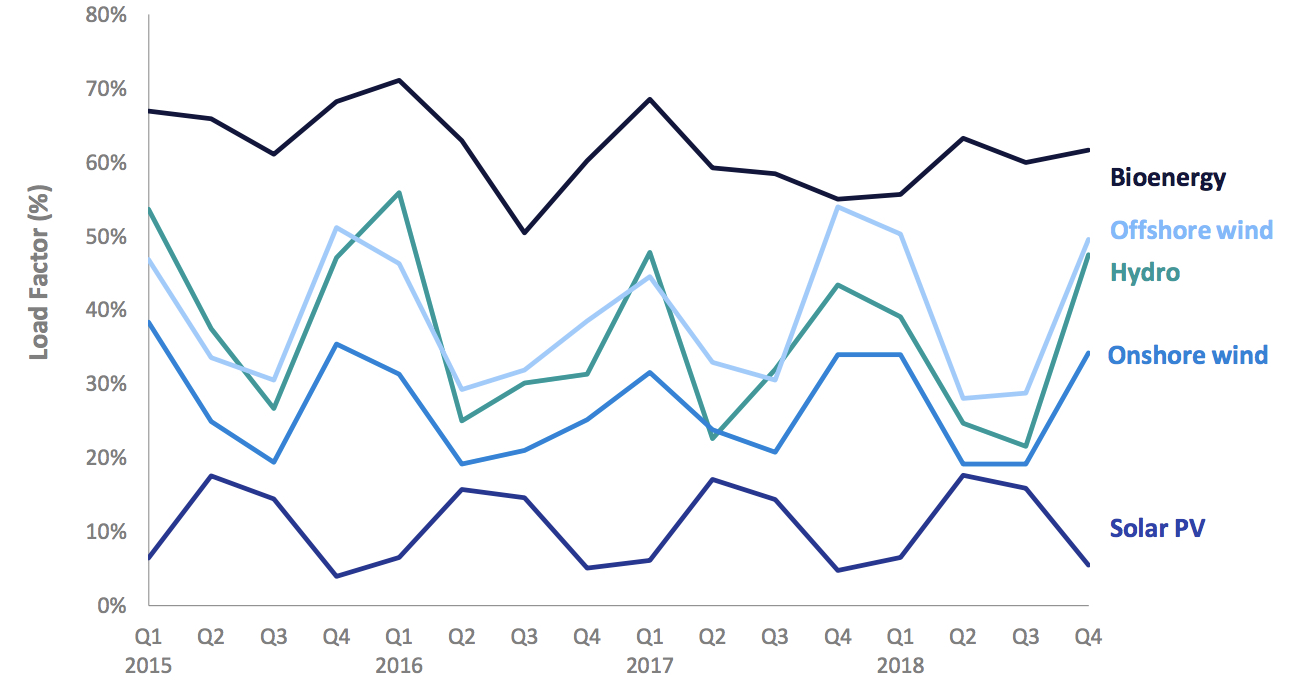 Average load factors for onshore wind dropped 1.7 percentage points in 2018, falling to 26.4%. This was due to a decrease in wind speed, BEIS stated.