There has been a wind project at the Slufterdam site since 1992, with subsequent upgrades reflecting technological advances in the industry. 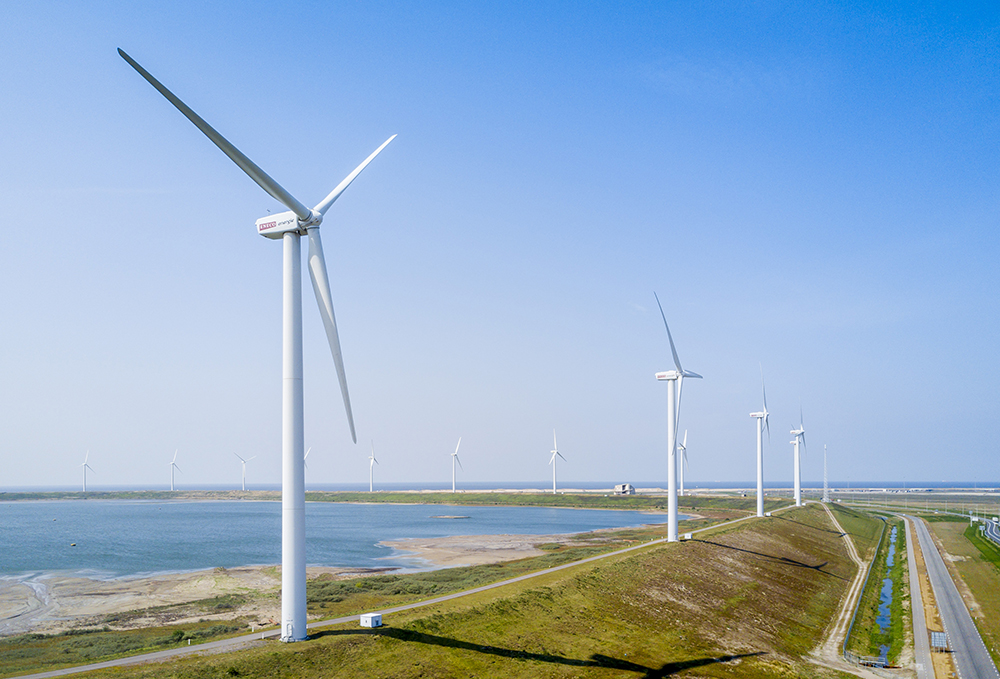 The Slufterdam project prior to its latest repowering (pic: Vattenfall)

Previously, Vattenfall’s Dutch subsidiary Nuon owned nine of the turbines, and Eneco the remaining eight. Now, eight of the new turbines belong to Vattenfall, while Dutch developer Eneco own the other six.

Peter Smink, CEO of Vattenfall Netherlands, said: "This wind farm is situated in a unique location with plenty of wind. With the new, larger wind turbines, we can make perfect use of this resource."

Amsterdam public transport company GVB will purchase output from the Vattenfall turbines, and airport operator Royal Schiphol Group will buy power from "some" of the Eneco turbines, the developers stated.

Eneco is in talks with unspecified "local parties" to buy power from the rest of their turbines.

Royal Schiphol Group is buying output from Eneco’s Dutch wind farms to provide its Schiphol, Rotterdam the Hague, Eindhoven and Lelystad airports with 200GWh every year for 15 years.