The Danish OEM installed 10.09GW worldwide in 2018 — a 22.2% market share of the 45.4GW installed globally — according to research by BloombergNEF.

It led a pack of four turbine manufacturers, which accounted for nearly 57% of all onshore installations last year.

Meanwhile, the top ten accounted for more than 85% of all onshore installations last year. 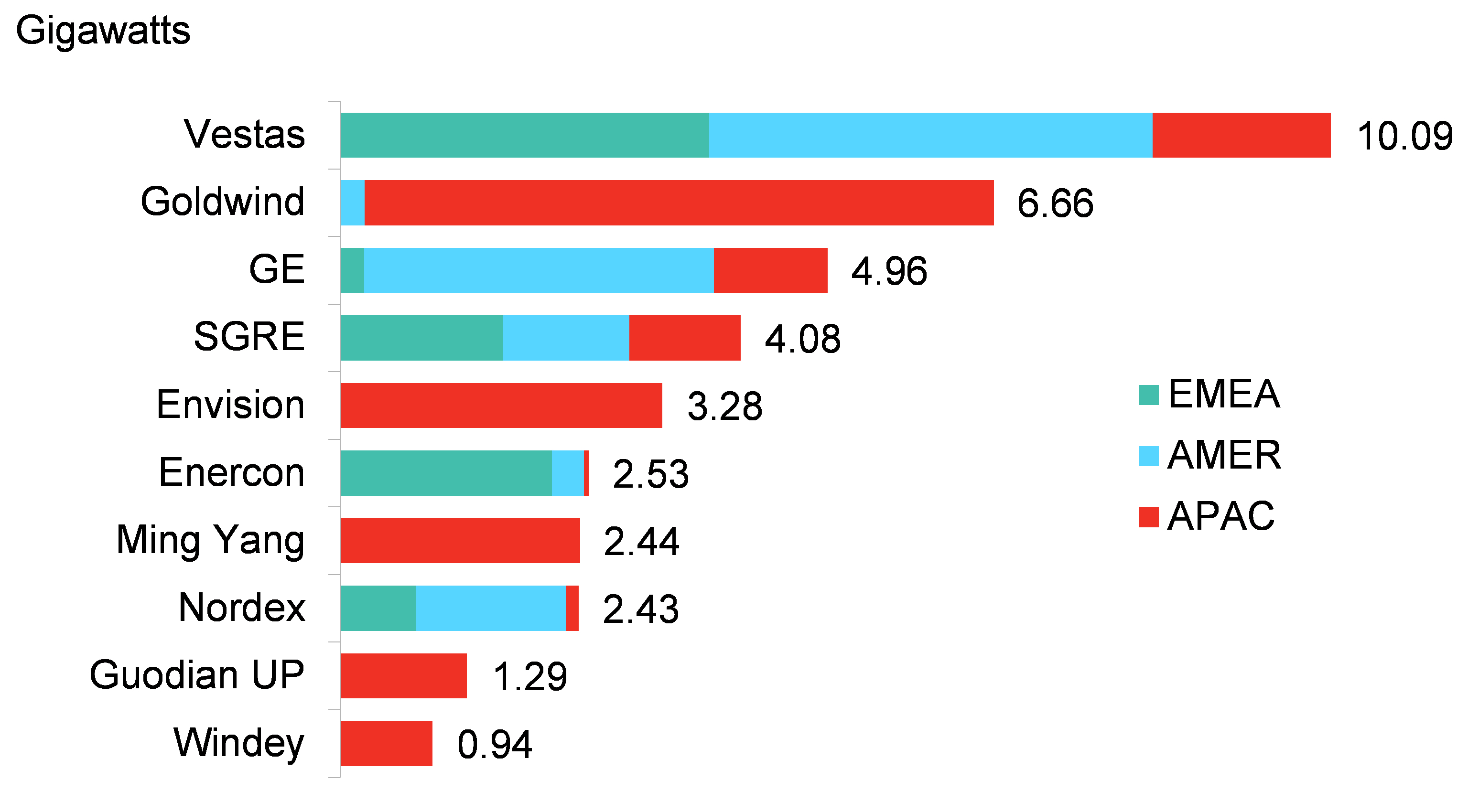 Vestas retained its number one spot in BNEF’s rankings and increased its market share from 16% to 22% last year. It also beat GE by 44MW in the US, according to BNEF figures.

This came despite six out of every ten GE turbines commissioned last year being in the US, the researchers added.

Siemens Gamesa, meanwhile, dropped from second to fourth place, with its 4.1GW total last year down 40% year on year.

However, BNEF noted that this tally does not include several "very large" wind farms partially built but not due online until this year.

China’s Goldwind rose from third to second place last year, with a strong performance in its domestic market aiding its growth. Just 5% of its 6.66GW was commissioned outside China.

Turbines produced by its fellow Chinese manufacturers Envision (5th place with 3.28GW), Ming Yang (7th with 2.44GW), United Power (9th with 1.29GW) and Windey (10th with 940MW) were only commissioned in Asia-Pacific.

Tom Harries, a senior wind analyst at BNEF and lead author of the report 'Global Wind Turbine Market Shares', noted a greater capacity of Vestas and Nordex’s turbines were commissioned in the Americas than in European markets closer to home.

Elsewhere, 11.7GW was commissioned in the Americas, 8.5GW in Europe and 1GW in Africa and the Middle East.

It added that this slowdown was due to declining commissioning rates in India and Germany.

Despite the 3% decrease last year, BNEF expected the onshore wind industry to bounce back in 2019 and 2020 off the back of competitive pricing, additional products and services and new financing models, its head of wind research David Hostert said.

"This will be tough to deliver for the 'Big Four', let alone the smaller turbine makers."