More than 85% of new non-hydropower renewable capacity will be installed in just ten markets, over the next decade, but expansion will also be supported by a broader base of markets, according to a research note by Fitch Solutions and Macro Research. 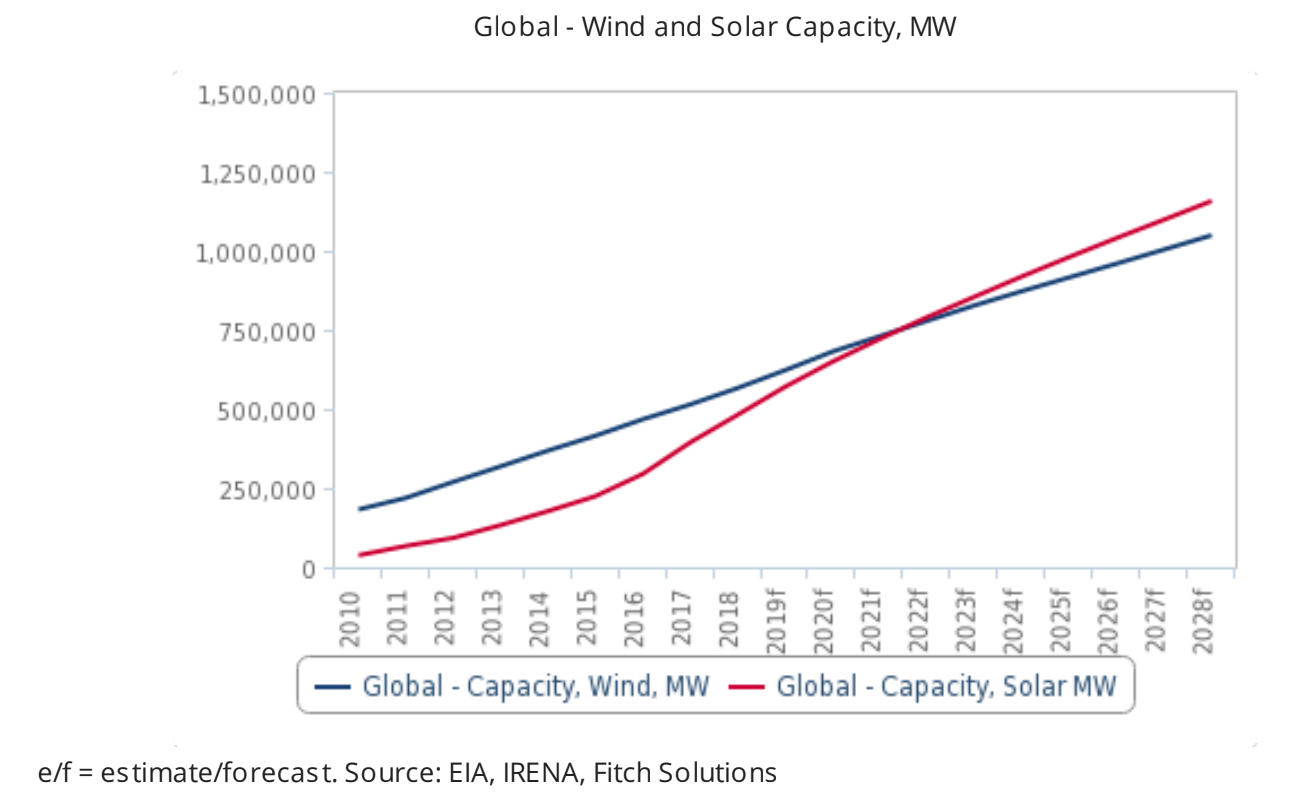 Solar PV is to overtake wind power within five years

Non-hydropower renewable capacity will double between the end of 2018 and 2028, reaching nearly 2.4TW by the end of the period, the researchers forecast.

Nearly half of this new capacity (48%) will be solar PV, while wind will account for 44% of the new build.

In total, more than 675GW of new solar PV will be added in the next decade, compared with 482GW of new wind capacity. 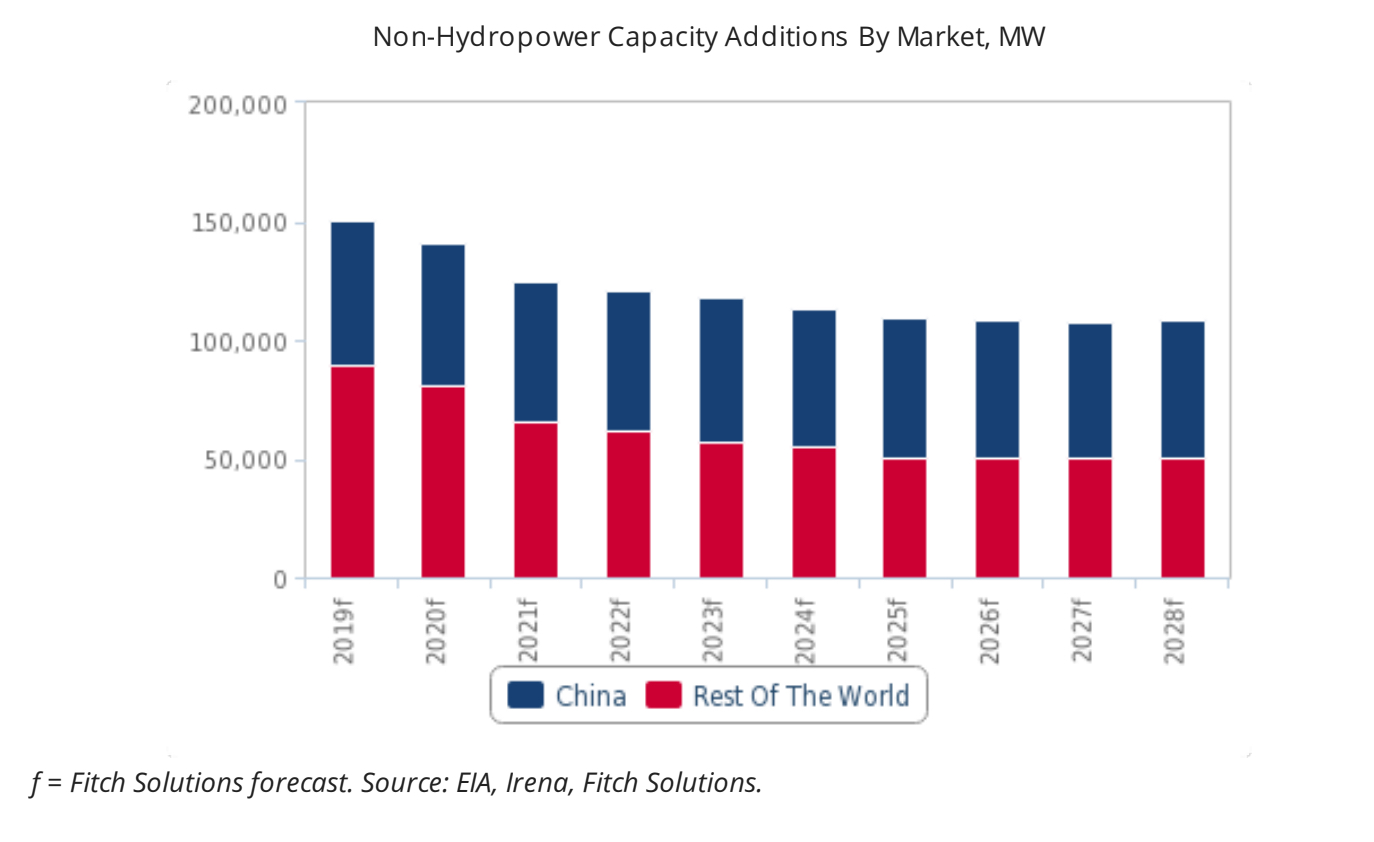 China is set to dominate renewable installations in the next decade

Ten markets — China, the US, India, Germany, France, Japan, Turkey, the UK, Taiwan, and Brazil — will account for 86% of new capacity added over the next decade, the researchers forecast.

In China, driving down costs will be crucial because the government plans to phase out subsidies in the 2020s, Fitch noted.

However, the researchers believe this will be possible as China can benefit from its "substantial economies of scale".

Wind will generate more power than solar (left), despite the latter having more installed capacity (right)

Despite solar PV being due to outpace wind power over the next ten years, the latter will generate the most electricity, Fitch predicts.

Wind will generate 50% of all electricity produced by non-hydropower renewables by 2028, while solar will account for 30% of production.

This is also despite improvements in conversion of solar radiation to electricity in recent years, Fitch stated.

Wind power technology has also made steady improvements, the researchers noted, and is theoretically capable of operating 24/7 — depending on weather conditions — while solar PV output is naturally constrained by daylight hours.