The ‘Hybridge’ project would be built at an intersection of the operators’ networks in Lower Saxony, north-west Germany, they said at a press conference in Berlin.

It could be operational by 2023 but they would first need planning approval from the German grid regulator (Bundesnetzagentur), the operators added.

The ‘Hybridge’ plant would use electrolysis to split water into oxygen and hydrogen. It would then be able to use existing OGE natural gas pipelines to transport the hydrogen to end-users. 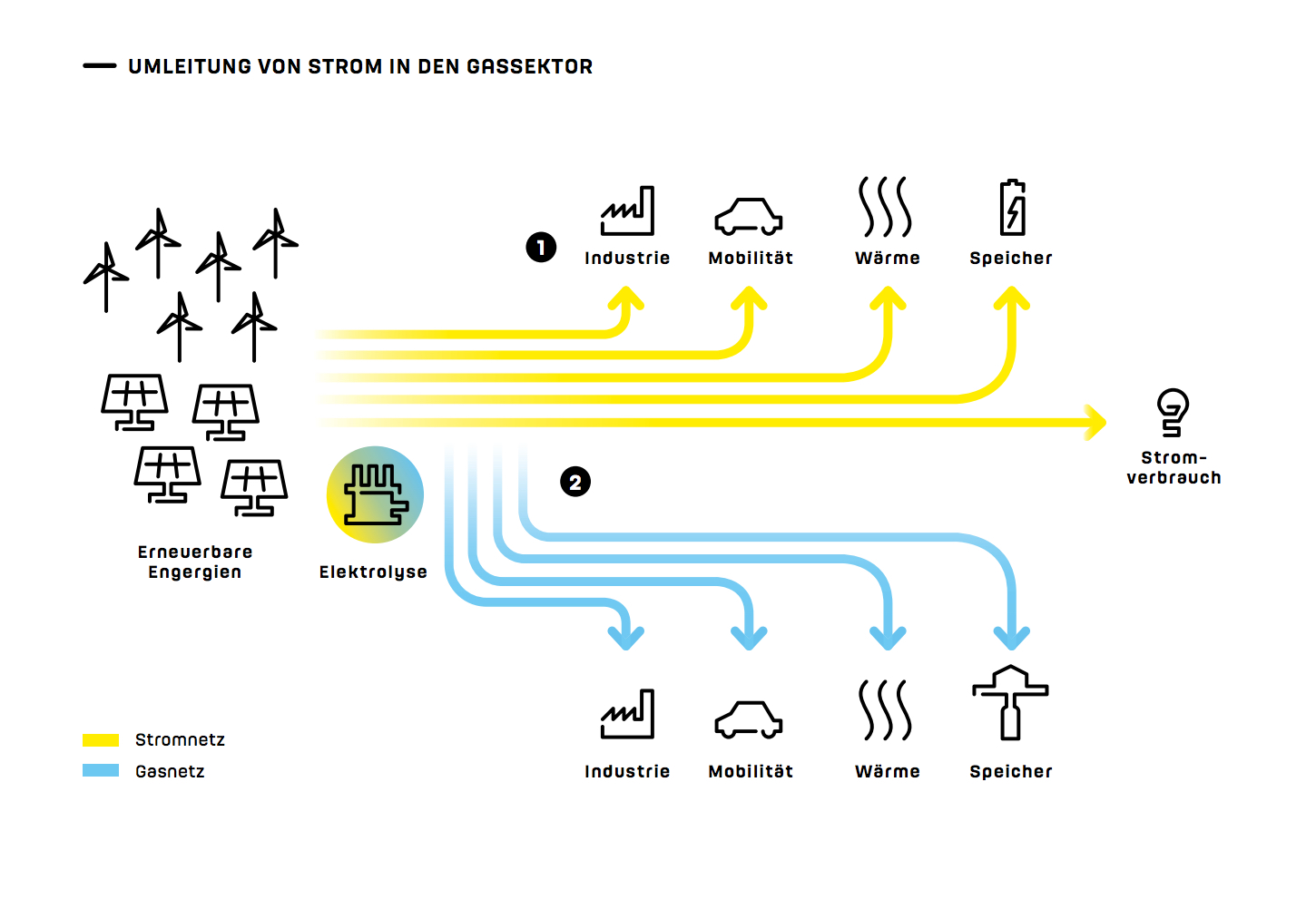 Power generated by wind and solar projects could split water into oxygen and hydrogen. The hydrogen could then be used to power industry, transport or heating sectors, or stored as gas (credit: Amprion and OGE)

The gas produced could be used in sectors that are difficult to decarbonise, such as transport or heating, the project partners suggested.

Amprion and OGE would never own the energy being transported via the hydrogen infrastructure, but would auction capacity to traders and direct customers.

The proceeds of these auctions would offset the project’s estimated €150 million costs.

"The German climate targets, the nuclear phase-out and the emerging coal exit pose an enormous challenge to our energy system, so we now have to create the conditions for power-to-gas after 2030 on a gigawatt scale and system level coupling is possible," said Klaus Kleinekorte, technical manager of Amprion.

Amprion and OGE’s ‘Hybridge’ project is not the only large-scale wind-to-gas project planned for Lower Saxony.

Tennet, Gasunie Deutschland and Tyssengas intend to convert output from offshore wind projects in the North Sea to either hydrogen or methane.

The three operators plan to carry out a technical feasibility study before choosing a specific project for their planned Element One pilot project.

They plan to start gradually connecting the pilot project to the grid in 2022.