The latest figures from trade body WindEurope show a 15.8% fall on 2017's record annual total, when 3.15GW was added across 17 new sites. 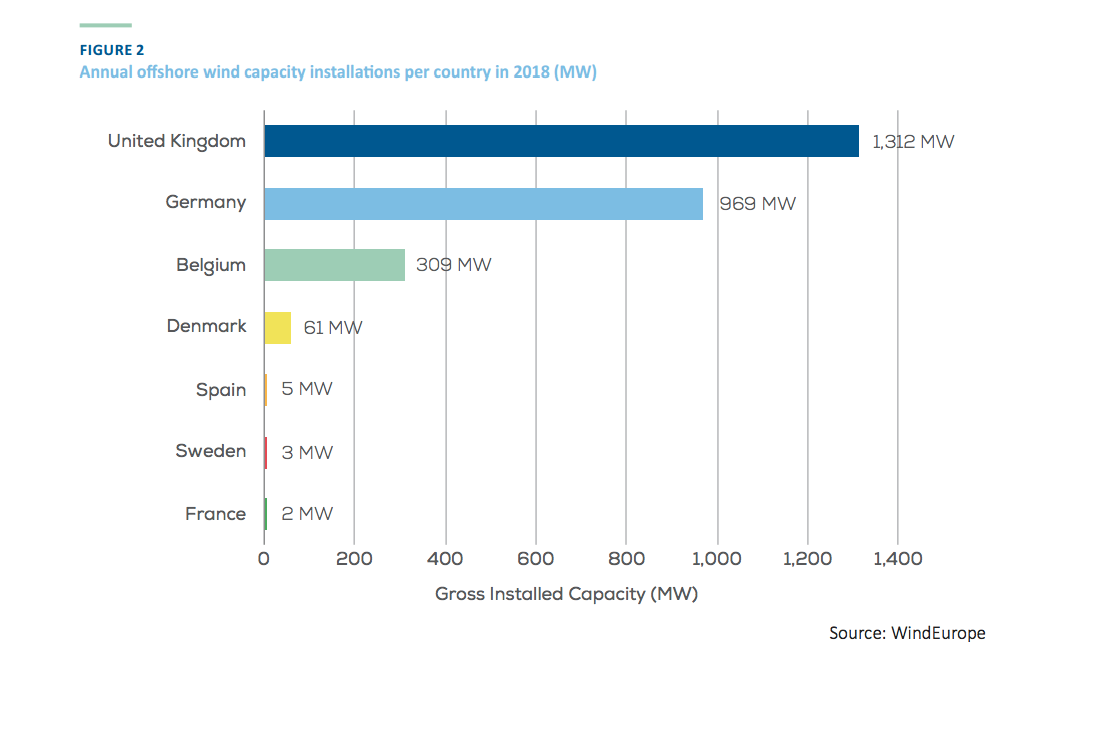 A noticeable increase on 2017 was the size of newly installed turbines. The capacity of machines added in 2018 averaged 6.8MW, 15% higher than the previous year. 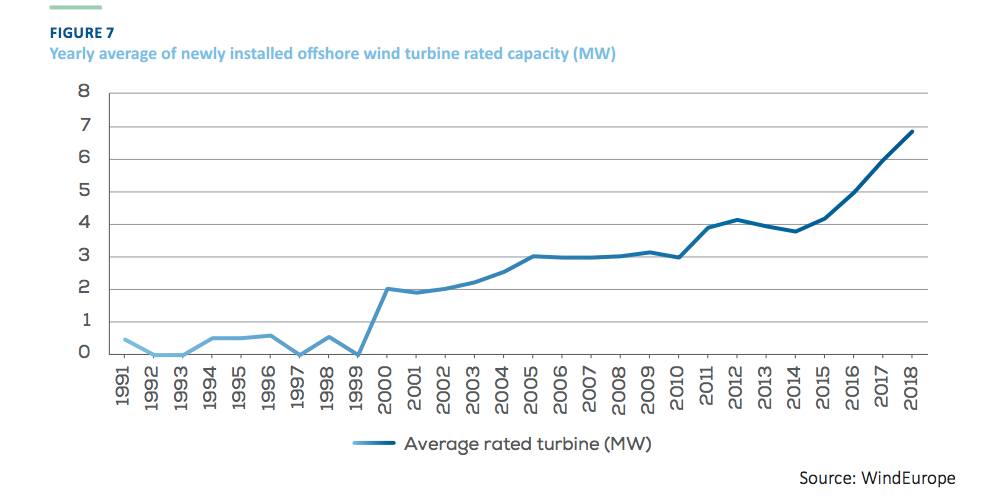 WindEurope noted the average rated capacity of newly installed wind turbines has grown by 16% annually since 2014. 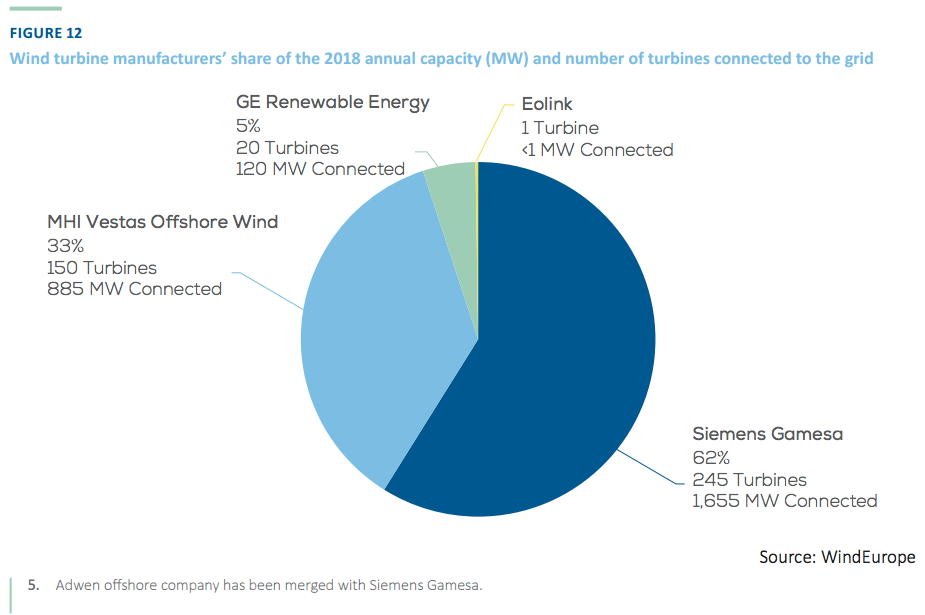