Wind, solar and biomass capacity increased across the EU in 2018, displacing hard coal, according to the joint report, The European Power Sector in 2018.

Meanwhile, hydro generation recovered from 2017, when it was at its lowest levels so far this century, reversing a temporary rise in gas, the think thanks stated.

This also contributed to the reduction in emissions from the EU’s power sector, they explained.

Wind is driving RE growth 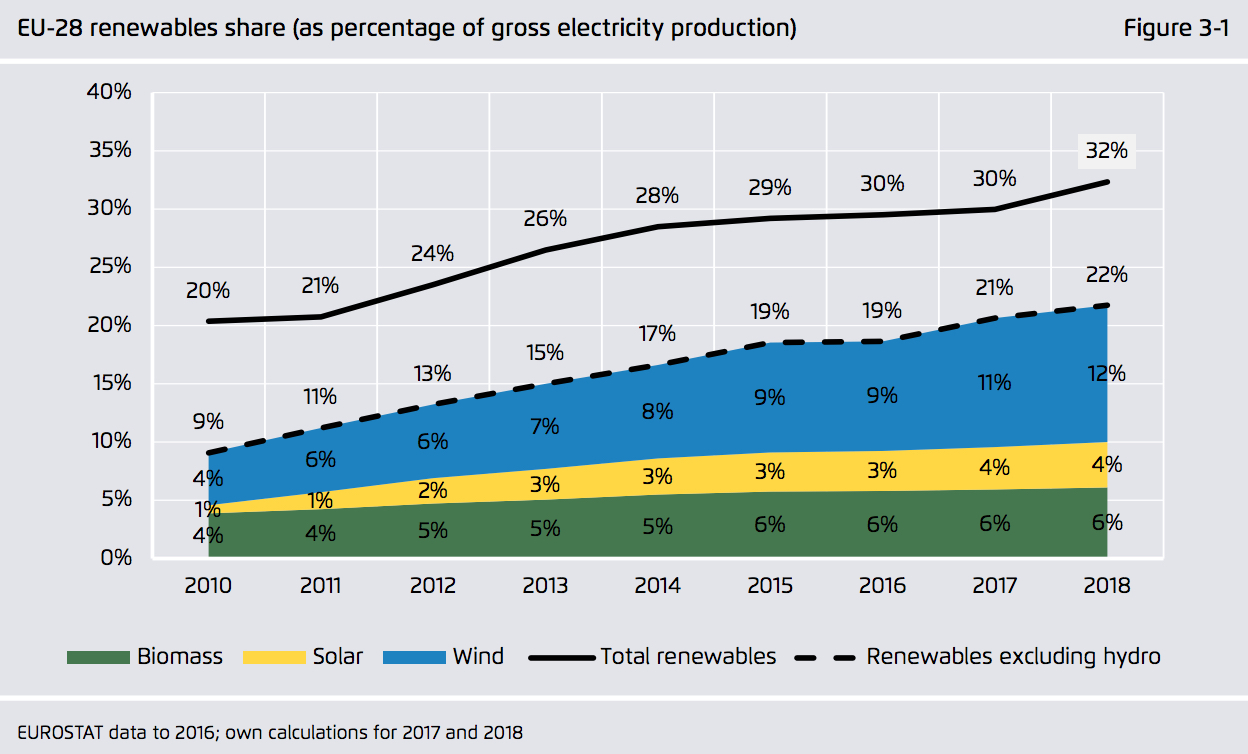 Renewable sources accounted for 32.3% of total EU electricity production in 2018, up from 30% one year earlier.

This was mostly due to wind growth accelerating and hydro production returning to normal levels, the think thanks explained.

Wind generation increased by 22TWh to 382TWh last year, a rise of just over 6%.

This rise was uneven, however, with 90% of this growth in three markets: Germany, the UK and France.

Wind is the main provider 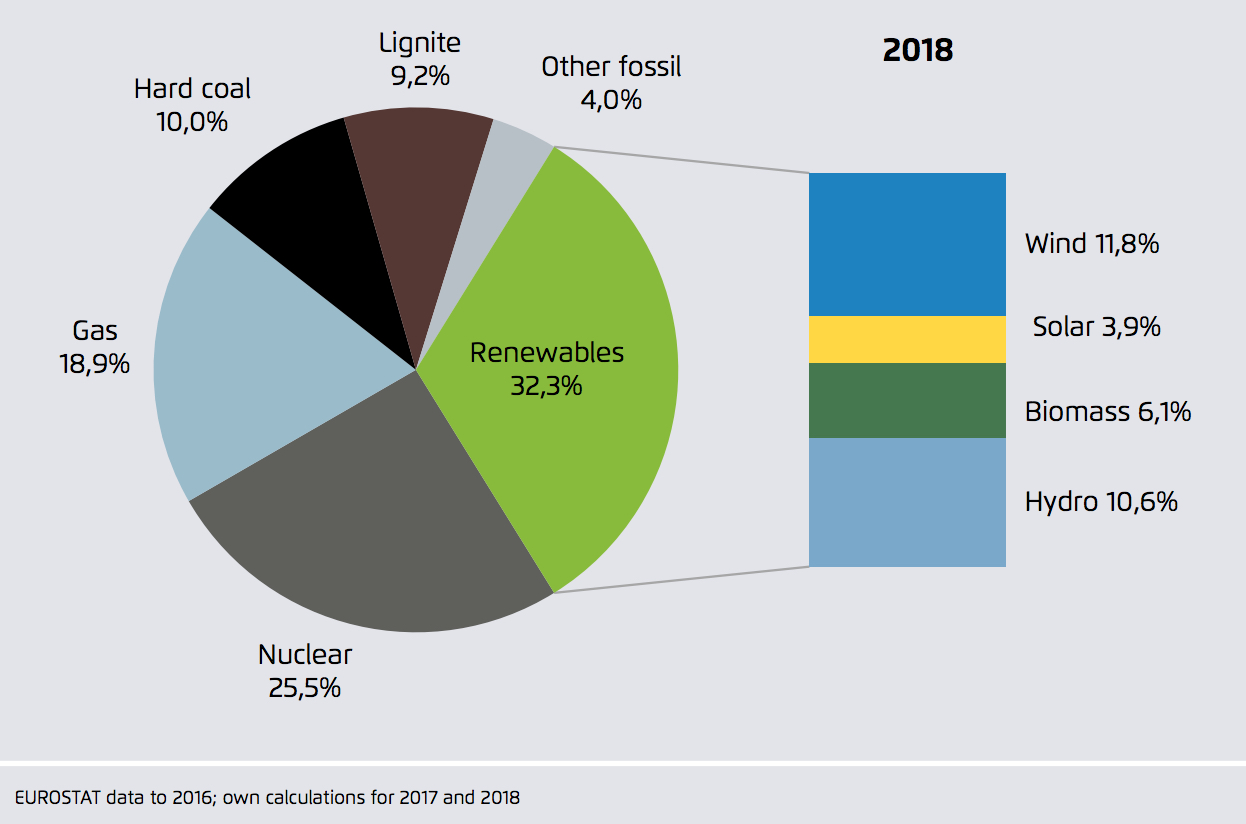 This means wind power was the renewable energy source with the largest share of electricity generation in the EU, ahead of hydro (10.6%), biomass (6.1%), and solar (3.9%).

However, it was outperformed by solar during the summer heatwave across Europe, as wind, coal, nuclear, and hydro all stumbled.

Wind generation was low during the heatwave because the high-pressure weather in July and August acted as a wall, stopping the wind from blowing in from the Atlantic to north-western Europe.

Some developers reported lower wind generation from their projects, while others shrugged off the impact of poorer resources.

Fossil fuel prices on the rise 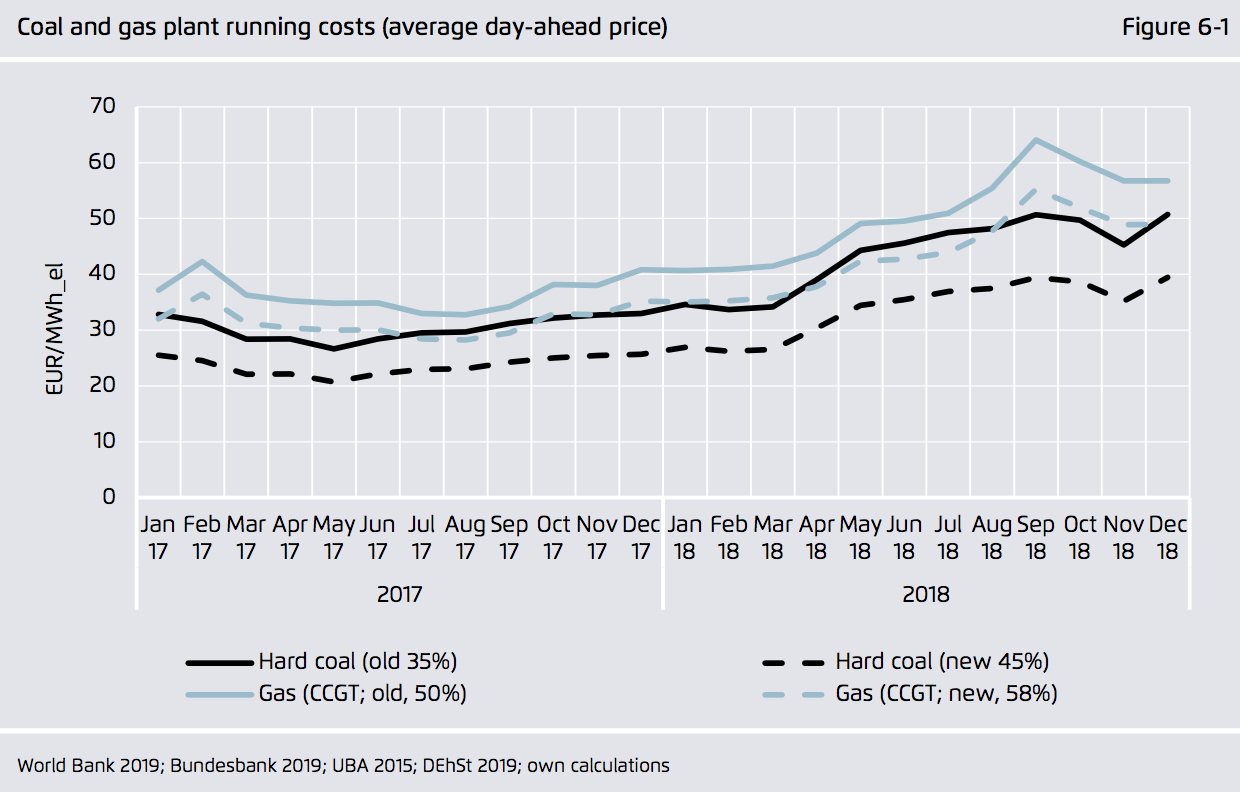 For the first time, the fuel and carbon costs alone for coal and gas plants were on a par with the full cost of wind and solar, the report’s authors noted.

Consequently, electricity prices rose to between €45/MWh and €60/MWh in Europe, the think thanks explained.

This upper limit is close to the level of recent wind auctions in Germany — an average successful bid of €62.60/MWh was recorded in October.

Wind additions heading for slow down 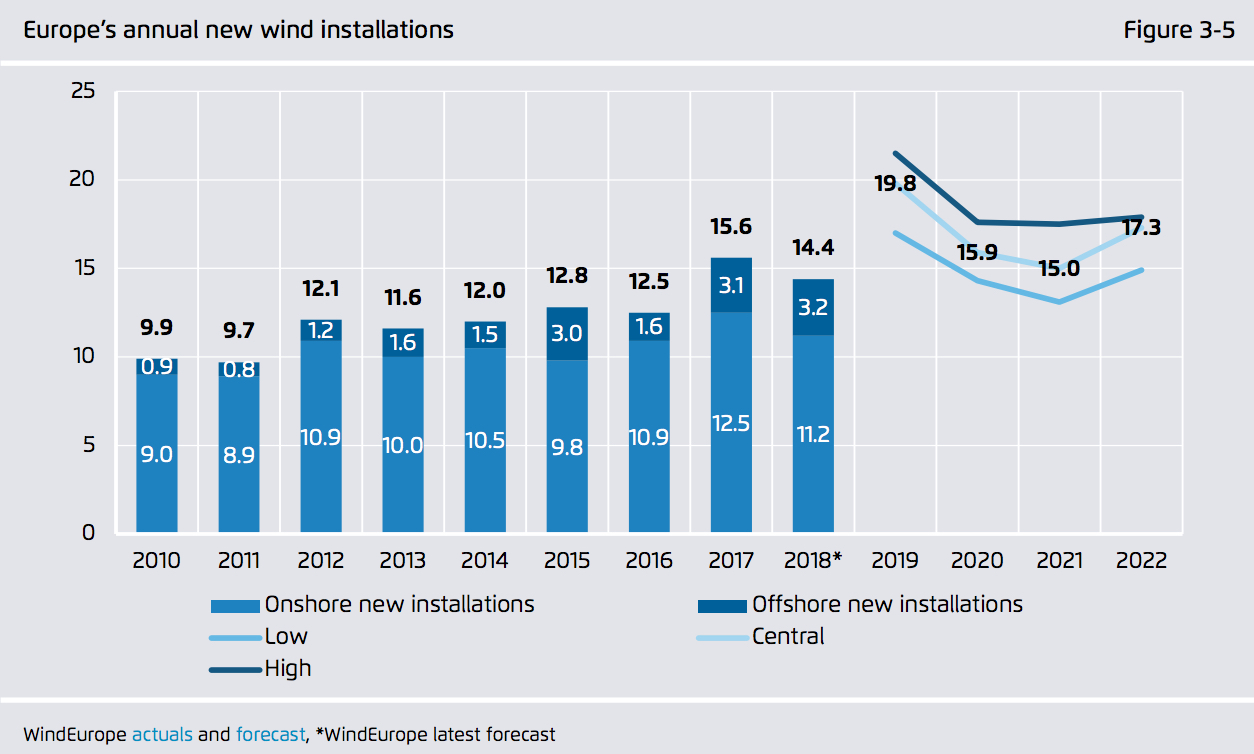 Governments have started releasing draft National Energy and Climate Plans to 2030 (NECPs), in which countries set out their climate and energy objectives, targets, policies and measures, and which must be finalised by the end of 2019.

They expect wind and solar targets to be boosted in EU member states’ NECPs, providing visibility of pipelines and regulatory certainty for developers.

The think tanks cite a forecast from industry group WindEurope claiming 2019 will be a record year for wind, with installations 25% above 2017 levels when an all-time high of 15.7GW was added.

They add that planned new-build for wind remains quite strong to 2022, albeit uneven: development will be concentrated in small number of countries, with Germany, the UK, France, Spain and the Netherlands accounting for 52% of gross capacity additions.

Targets are set to be missed 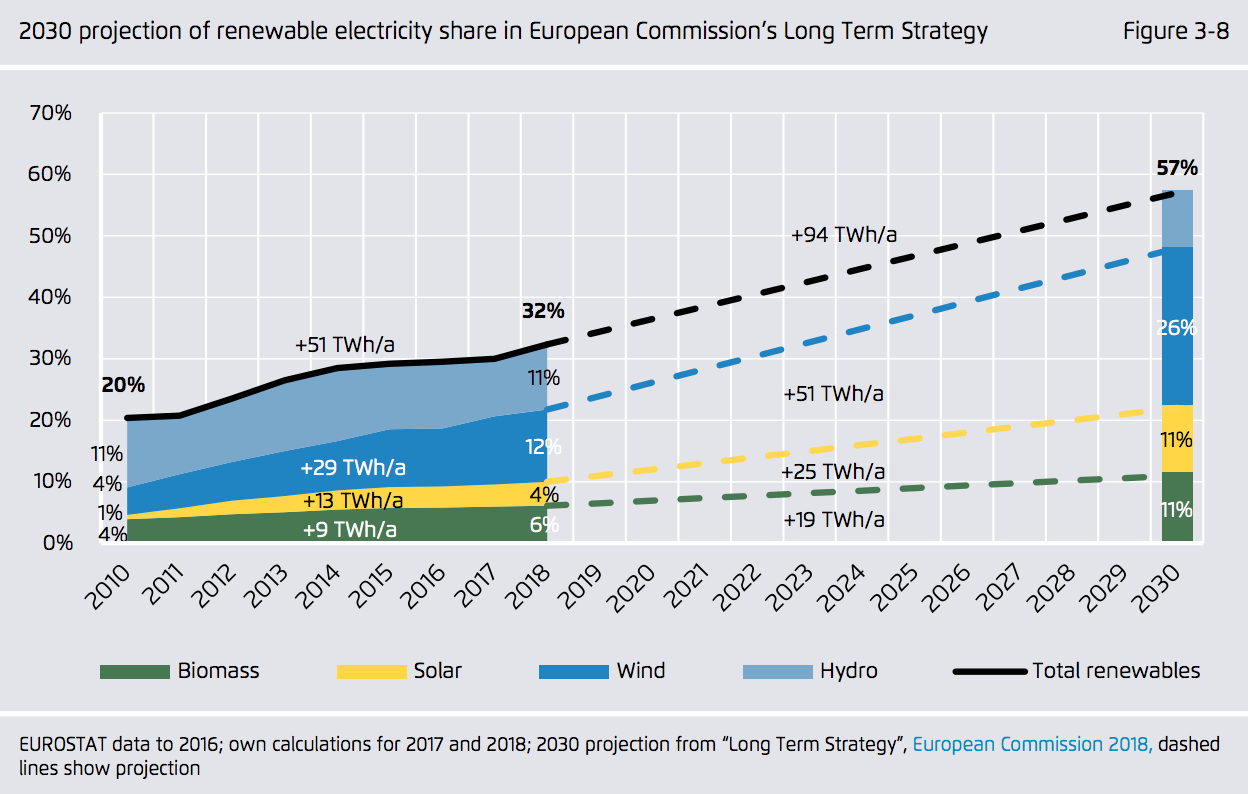 Lastly, Sandbag and Agora Energiewende highlight a need for more renewable energy capacity — especially wind and solar — in the EU, if the bloc is to meet its 2030 energy targets.

They point to modelling by the European Commission (EC) that shows renewables must reach 57% of electricity production by 2030, up from 32.3% last year.