Last year, 743 onshore turbines with a combined gross capacity of 2,402MW were installed in Germany, according to figures from Deutsche WindGuard.

This figure was down 55% on the previous year, and was well below the 3.3GW anticipated by the BWE and engineering body VDMA Power Systems.

Matthias Zelinger, VDMA’s managing director, said that foreseeable additions of wind power meant the government could not meet its target of sourcing 65% of it electricity from renewable sources by 2030.

This is despite plans for Germany to decommission 12.5GW of its coal fleet by 2022 ahead of a full phase-out by 2038. 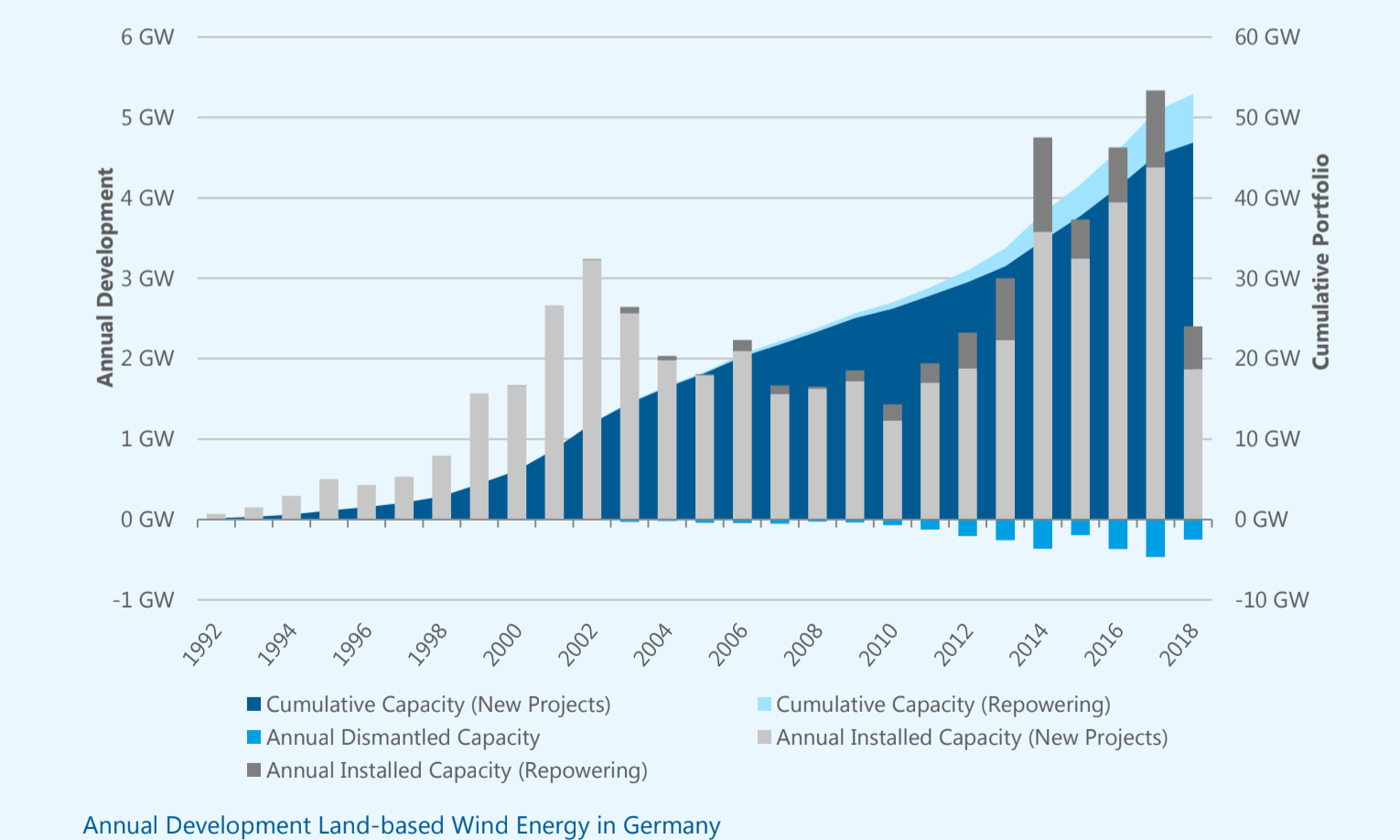 Cumulative installation figures reached 52,931MW by the end of 2018, according to Deutsche WindGuard

The decline in 2018 installations follows the success of projects in tenders the previous year that did not have permits in place – pushing their installation further into the future.

Previously, citizens’ projects were granted build-out periods two years longer than those of larger developers, but these rules have since been scrapped.

He added: "In order to ensure sufficient competition, the licensing backlog in the countries must be reduced. All participants must create the conditions for more permits."

The BWE and VDMA are not optimistic about installation levels for 2019: they expect just 2GW to be installed this year, they stated.

However, they anticipate a recovery from 2021 onwards, due to additional tenders being held from this year.

Nevertheless, the BWE warned that "by international standards the German market is losing momentum".