The current range consists of two high-speed geared platforms: the 2MW series introduced in 2000, and the 4MW (formerly 3MW) series from 2010.

The new EnVentus platform launches with two variants: the V150-5.6MW for medium- to high-wind speeds, and the V162-5.6MW for low- to medium-wind speeds. 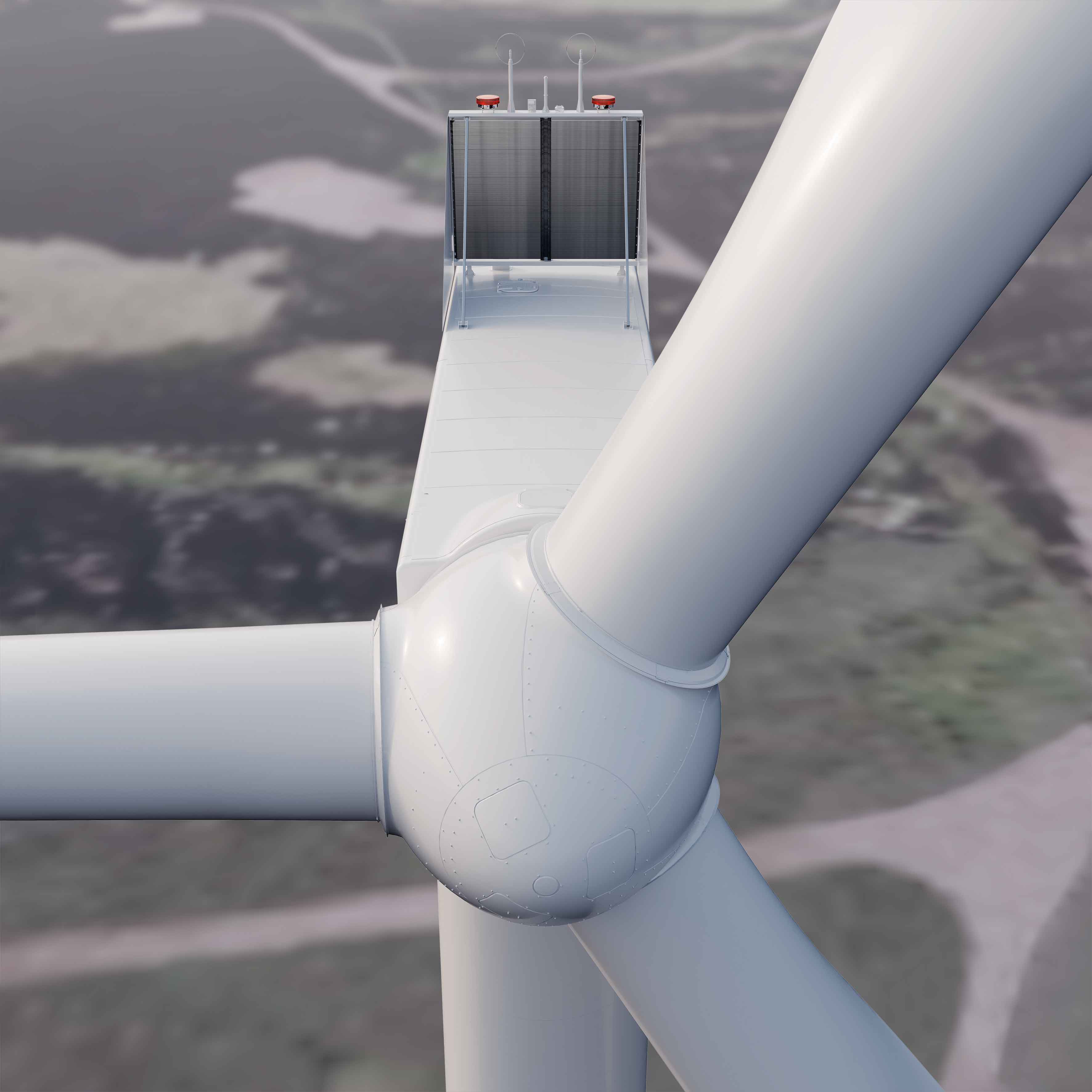 "Upgrades to the current two platforms caused a domino effect, with secondary challenges and issues popping up that had to be resolved in parallel," says chief technology officer Anders Vedel.

"It has been difficult to boost the main component volumes sufficiently, because only around 10% of all components could be standardised for cross-platform use. And each upgrade further requires enhanced installation, service and maintenance instructions."

As far back as 2012 it was clear to Vedel that Vestas would require new modular turbine architecture.

The shift from the mainly seller-oriented approach towards much more competitive market-driven conditions was already becoming apparent.

Modular construction would offer inherent benefits in the standardisation of main components and repetitive similar tasks with all the associated cost savings.

Implementing advanced modularity would further allow Vestas to respond to energy-related challenges in a much more agile manner.

Modularisation involves multiple interrelated aspects: product design, component sourcing, manufacture and assembly, transport logistics, installation, service and maintenance. The concept’s principles are understood and appreciated in many other industries, including the manufacture of heavy trucks and excavation equipment.

"But a truck plant’s annual volume is much bigger than a turbine plant’s. To gain series production experience with modular products in support of the EnVentus concept development, we gathered knowledge from a leading truck manufacturer.

"Modularisation has been an integral part of their business culture since the 1940s."

With the introduction of EnVentus, Vestas has become the first large-scale mover in the medium-speed geared sector of the onshore wind market.

"The most important thing is that the new turbine configurations are optimised on a total value-chain basis and the complete lifecycle of a wind plant"
— Martin Skov Jensen, chief engineer, Vestas

All of the platform’s new models, starting with the V150-5.6MW and V162-5.6MW, will incorporate a compact, modular, semi-integrated medium-speed geared drivetrain.

"Medium-speed is a proven technology for Vestas because it builds on the design principles we introduced in our V164 offshore turbine in 2011," says Vedel.

"The V164-8.0MW series already has a substantial track record, and the 10MW uprate was announced last year.

"Additional EnVentus solutions are based on improved system designs from the 2MW and 4MW series, such as the single-web structural-shell-blade design.

"Our first in-house developed modular solution was the converter for the 4MW platform, and there are already over 800 units in operation," says Vedel.

A virtual reality tour led by chief engineer Martin Skov Jensen inside a V90-3.0MW nacelle at Vestas’ headquarters reveals more of the new platform’s specific design details and modularised solutions, and the similarities and differences with the V164. 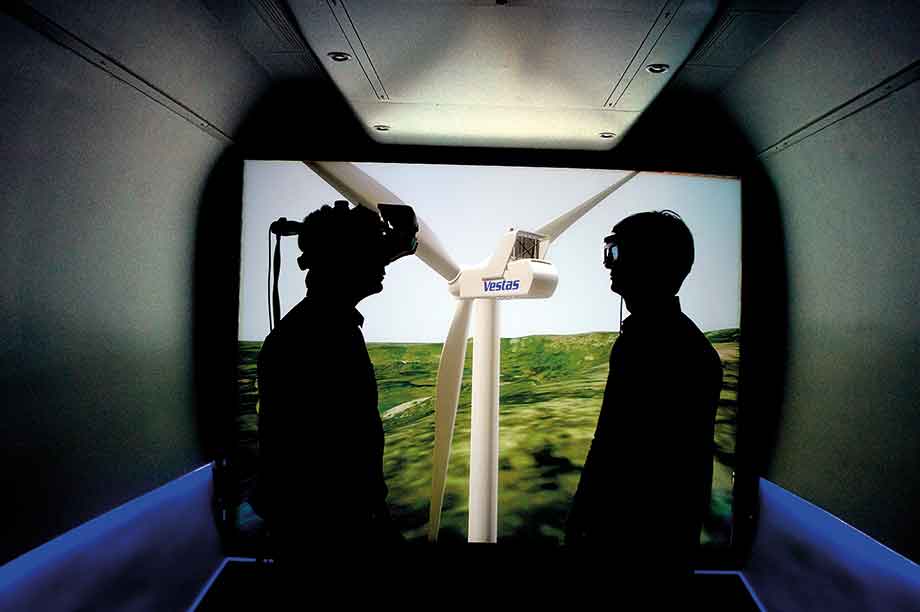 The drivetrain’s compactness is immediately apparent, as is the fact that the entire drive unit is shifted forward towards the approaching wind.

"The short rotor overhang, especially for the V162 blade, meant that we had to create sufficient clearance to prevent the blades striking the tower," says Skov Jensen.

"The measures include a combination of tilting the drivetrain, pre-bending blades and using forward-inclined blade bearing seats in the hub to alter the hub coning."

The main shaft with two pre-stressed taper-roller bearings, assembled in a cast housing, is functionally similar to the V164’s.

A marked reduction in total drivetrain length — as well as mass and cost — is achieved by skipping the low-speed coupling between the main shaft unit and the gearbox.

Find out how the V162 measures up against its nearest competition

Another specific EnVentus feature is the modular main-shaft-housing adapter flange to which the two-stage planetary gearbox and flanged-on permanent magnet generator (PMG) sub-assembly is bolted directly. 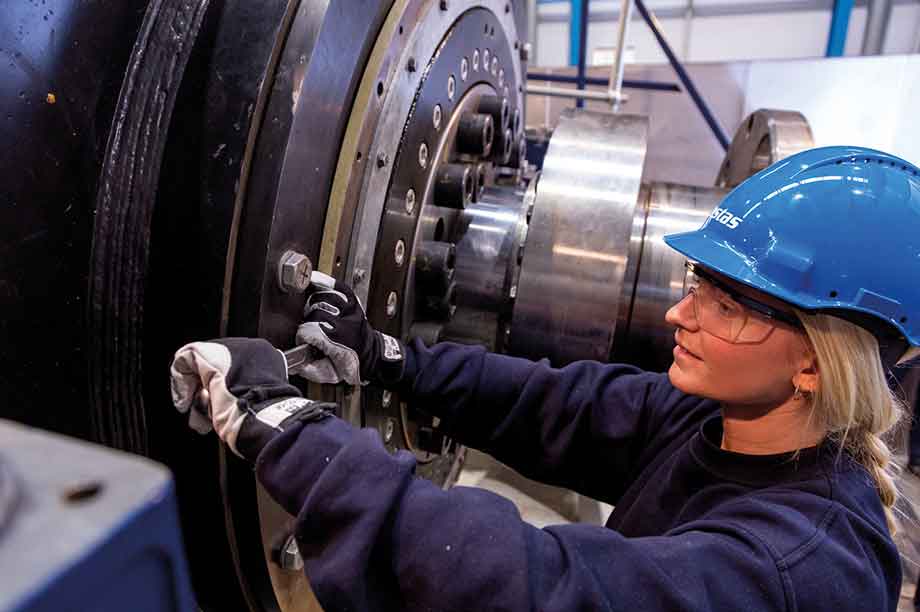 Combined with the hub-mounting flange, this modular approach allows the use of identical main components for a wide range of product configurations.

"The most important thing is that the new turbine configurations are optimised on a total value-chain basis and the complete lifecycle of a wind plant, instead of at platform-component level like we perform today," says Skov Jensen.

"For example, assume that one standardised main-bearing unit size could be produced cost effectively in large volumes.

"Then assume this unit size could provide a perfect fit for a larger turbine model from a load-matching perspective, though it would be over-dimensioned for a smaller model.

"But using one unit size for both large and small turbine models could be a sensible decision if it proves optimal from Vestas’ total value-chain perspective."

In line with a current wind industry trend, EnVentus gearboxes are fitted with journal bearings as standard.

Vestas has already extensively field-tested three-stage gearboxes with journal bearings in various high-speed turbines since 2013. By contrast, the V164 gearbox has roller-type bearings only.

Vestas drew on a decade’s experience of PMG development for the in-house unit in the new platform.

The key design driver was to eliminate the heavy rare-earth element Dysprosium from the permanently excited magnet generator material mix.

"Dysprosium is a rather scarce and expensive rare earth with higher price volatility and supply-chain security risk than the cheaper and much more easily available Neodymium," says chief engineer Jens Demtröder. 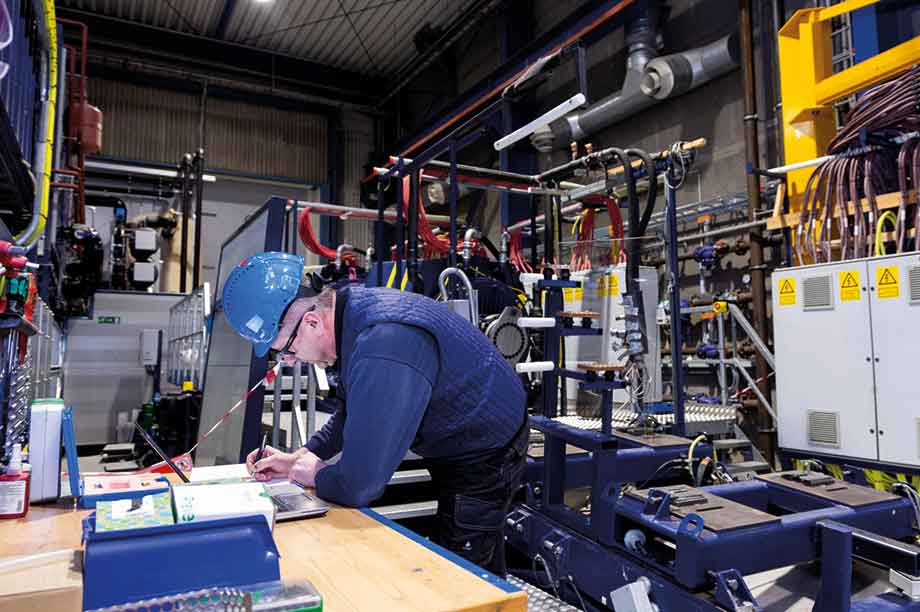 "Eliminating it means the generator has to run at lower temperatures, which makes advanced cooling enhancement measures essential.

"We’ve successfully managed this with a fully sealed PMG cooled by an external heat exchanger."

All necessary hydraulic piping and control cabling pass through the hollow shafts of the generator, gearbox and main bearing unit to inside the rotor hub.

The failsafe disk brake is located behind the generator, offering much reduced dimensions and costs compared with a disk brake at the low-speed main shaft.

EnVentus nacelles are longer than those of the 2MW and 4MW platforms, which accommodate non-integrated high-speed geared drivetrains.

The main reason is that a medium-speed generator turns slower, and therefore has more poles and a bigger diameter.

The generator is now mounted at the centreline of the main shaft and the planetary gearbox with only limited passage space on each side.

To avoid widening the nacelle for transport-logistical reason, the full converter is now mounted at one of the nacelle sides behind the generator.

A compact vibration-resistant and liquid-immersed MV transformer is located in a separate, enclosed rear compartment of the nacelle. 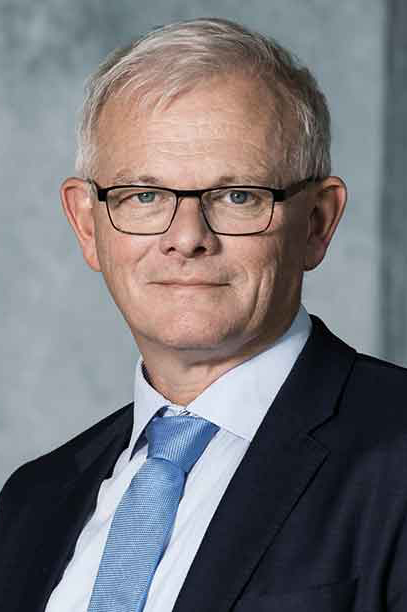 Looking back at the seven-year development process for EnVentus, Vedel points to increasing systems robustness and faster and easier scaling as the main benefits of the modular concept.

He anticipates greater flexibility in future turbine design in all phases, and argues that the modular concept is best placed to deliver the right turbines within the now dominant auction-based wind markets characterised by fast product cycles and huge pressure on price.

The bankability of this new technology will not be an issue, says Vedel.

"The proof of concept is the V164, with an operational track record of more than 100 turbines. The gearboxes are state-of-the-art and procured from long-standing partners.

"And our in-house PMG and blade technology are also based upon proven principles deployed over many years."

The V150-5.6MW and V162-5.6MW are both focused on wind markets with constrained sites, characterised by a limited number of turbine positions and low- to medium-wind speeds.

The flagship V162-5.6MW (272W/m2) will also be certified for IEC S and can be deployed at sites with mean wind speeds of up to 7.9m/s and 15% turbulence level, but has a significant siting capacity of around 8.8m/s, dependent on site-specific conditions.

The initial market focus for the V162 is northern and central Europe, where at good wind sites it can generate substantial full load hours and base-load power, perhaps reducing the need for storage. The calculated sound power level in full power mode is 104dB(A). 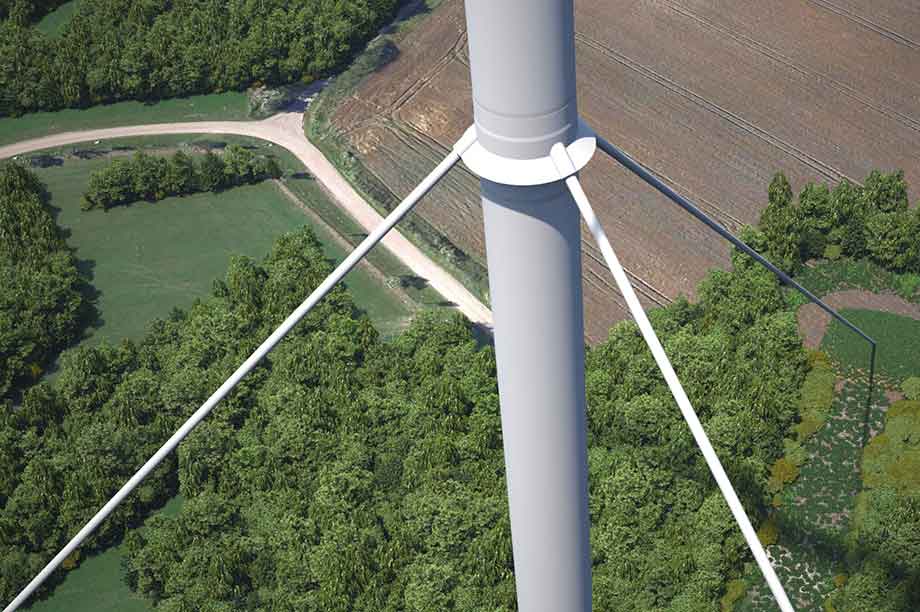 Vestas also aims to offer the V162 with second-generation cable-stayed towers, which are expected to gain more structural benefits from the increased rotor and rating than the other tower solutions.

Development of the V162’s 79.4-metre blade was driven by the desire to retain Vestas’ proven structural shell-blade concept with a single structural web.

Returning to another aspect of modularisation, chief engineer Martin Skov Jensen says: "This blade technology, characterised by modest use of carbon in heavy-leaded structural shell areas, has proven itself to be cost effective and tolerance-prone during production.

"Another issue we are actively looking at is when segmented blades will prove a necessity for road transport logistics."

The medium-speed drivetrain is central to the platform’s development, and a complete unit has been undergoing extensive bench tests at Vestas’ Aarhus test centre for several months.

"We consider this essential both from a risk-reduction perspective, and to build in-house and market confidence," says Skov Jensen.