Overall, clean energy investments last year fell to $332.1 billion, down 8% against 2017, BNEF said. However, it was the fifth consecutive year investments exceeded $300 billion.

Following an adjustment of BNEF’s calculations, investments in wind power totalled $128.6 billion in 2018, up 3% on 2017, with the offshore wind industry experiencing its second highest annual investment total on record, reaching $25.7 billion. This was 14% up on the previous year.

Nearly half of the offshore total was seen in China, where 13 wind projects, costing an estimated $11.4 billion, started construction.

"The balance of activity in offshore is tilting," said David Hostert, head of wind analysis at BNEF.

"Countries such as the UK and Germany pioneered this industry and will remain important, but China is taking over as the biggest market and new locations such as Taiwan and the US east coast are seeing strong interest from developers." 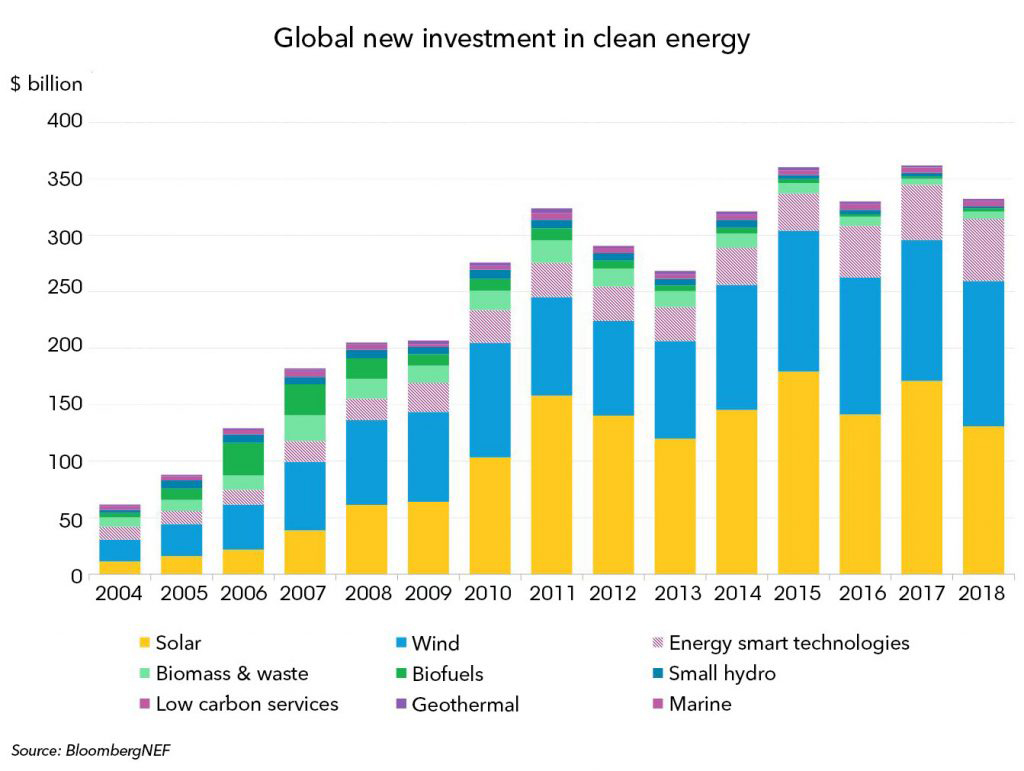 Onshore wind investments reached just over $100 billion — up 2% year-on-year — with the largest outlay, of approximately $1.4 billion, coming from Enel for its 706MW South African portfolio.

As for solar power, the investment total of $130.8 billion, was down almost a quarter on 2017, partly due to changes in Chinese solar policy, which restricted new projects’ access to the feed-in tariff.

BNEF also noted a 12% fall in the cost per MW of installing solar capacity.

"2018 was certainly a difficult year for many solar manufacturers, and for developers in China.

"However, we estimate that global PV installations increased from 99GW in 2017 to approximately 109GW in 2018, as other countries took advantage of the technology’s fiercely improved competitiveness," said, BNEF head of solar analysis Jenny Chase.

Despite the fall in solar investment, installations exceeded 100GW for the first time.