Wind turbines produced 111.35TWh in 2018, 20.4% of total generation in the country in 2018, according to researchers at the Fraunhofer Institute for Solar Energy Systems (Fraunhofer ISE).

Lignite coal was the only energy source to produce more power than wind in 2018, the researchers noted, with 131.28TWh accounting for 24.1% of Germany’s total.

All renewable energy sources produced 218.94TWh — up 4.3% from the previous year. 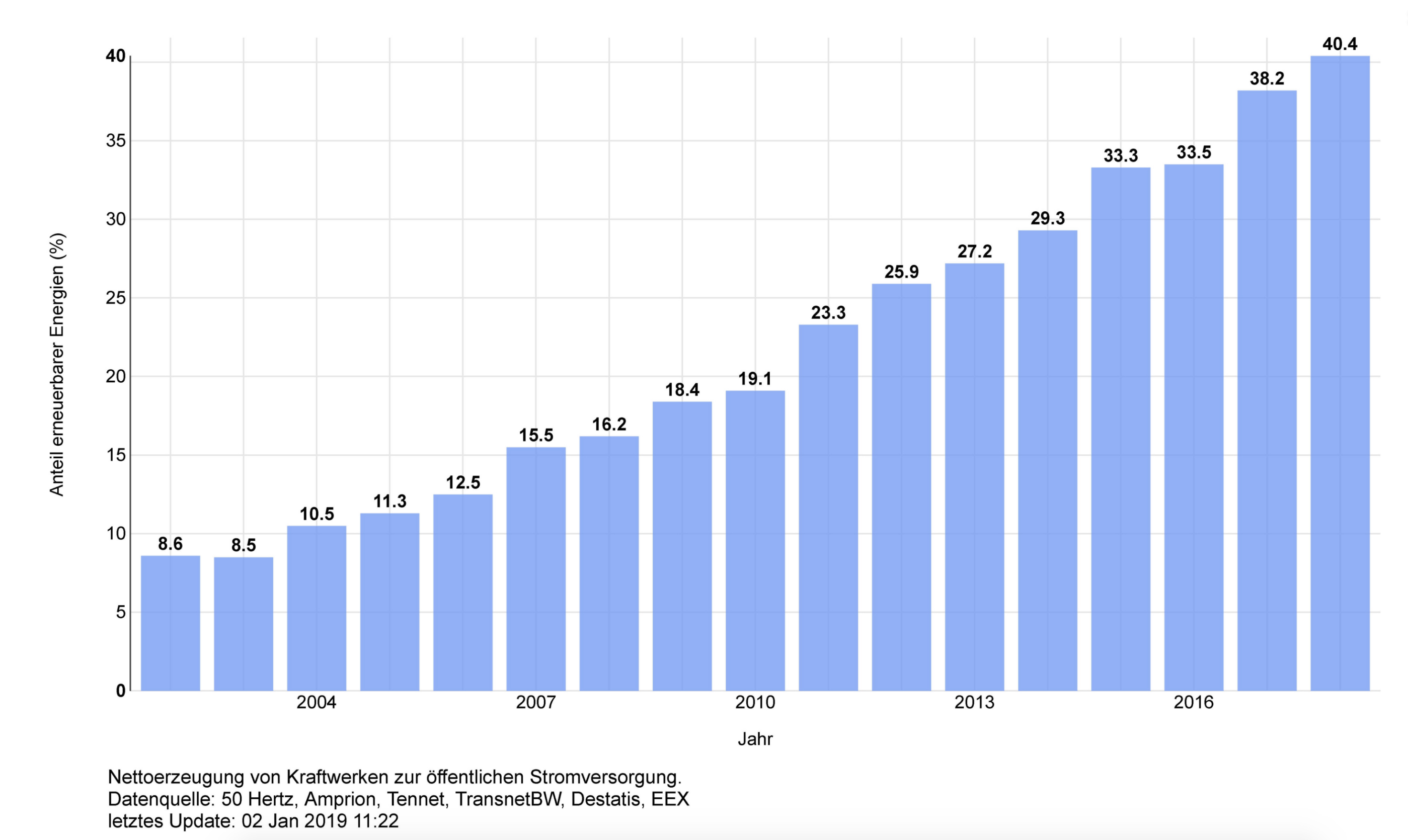 Clean energy sources accounted for 40.4% of total generation in Germany last year — an all-time high and the first time they had exceeded the 40% mark.

Together, wind and solar PV produced about 157TWh in 2018, but their relationship was unbalanced, Fraunhofer ISE argued. 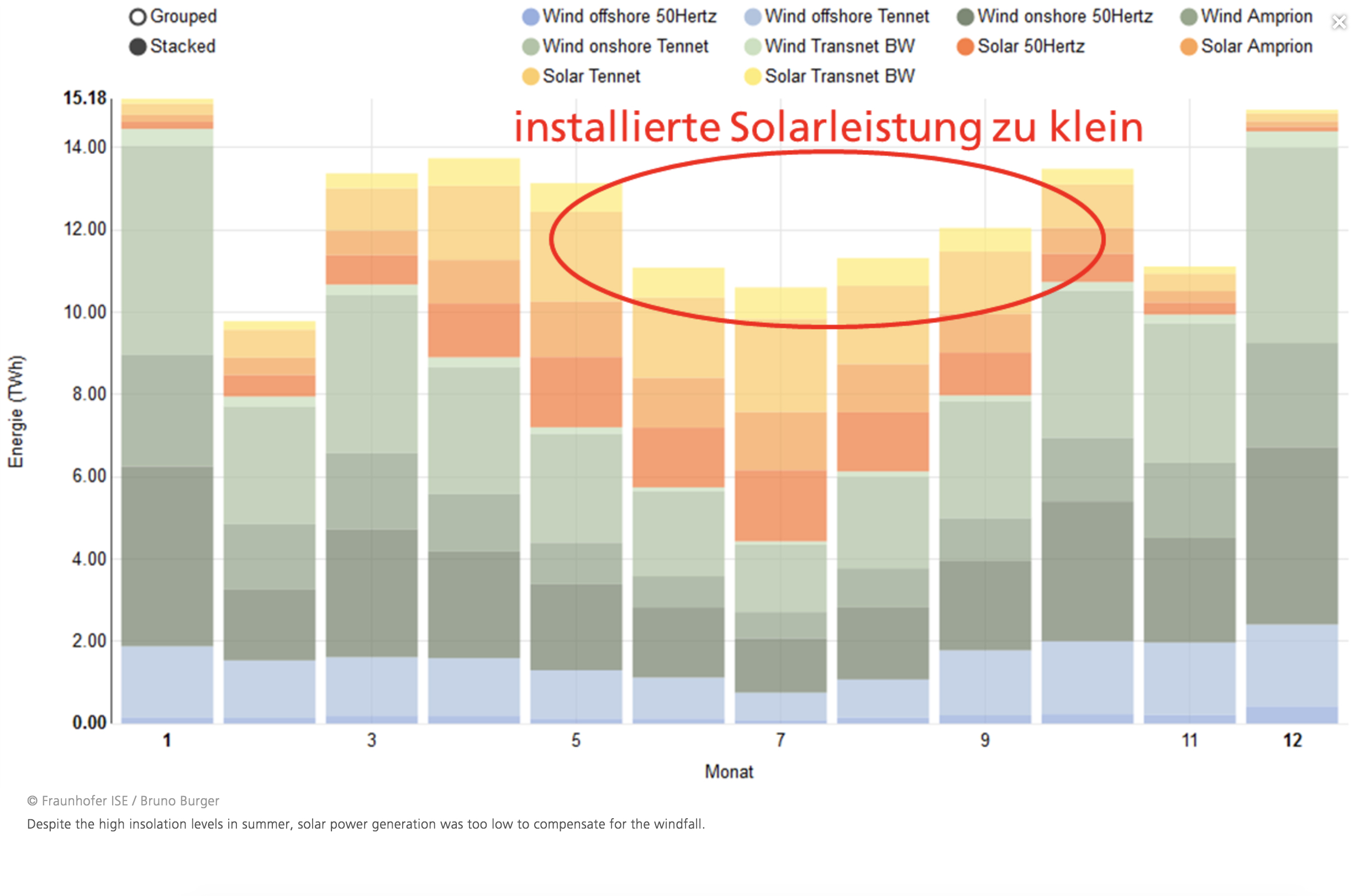 During winter months, wind power’s increased production helped push the two technologies’ output to a consistent level of about 14TWh per month (see above).

In the summer, solar PV production increased, but did not compensate for wind’s shortfall, Bruno Burger of Fraunhofer ISE noted.

Across the year, about 16GW of solar PV capacity was missing to produce an ‘optimal wind-solar ratio’, Fraunhofer ISE stated.

Wind power production peaked on 8 December at 12pm when 45.9GW of capacity was sending power to the grid.