Thank you for supporting Windpower Monthly over the last 12 months. We will be taking a short break over the holiday period but normal service will be resumed on 2 January 2019.

In the meantime, take a look back at some of the biggest stories from the first half of the year. Part 2 will be published before the New Year, so make sure you check back to see what else happened in 2018...

Vestas and Goldwind win the Windpower Monthly awards for best onshore turbines of 2017, with MHI Vestas ruling the offshore class.

Lagerwey will continue acting as a standalone company under Enercon with managing director, Hans-Dieter Kettwig, describing the Dutch firm as "an ideal technology partner".

Vestas and Siemens Gamesa Renewable Energy (SGRE) announce they are working together to explore the use of airships to transport large turbine components, particularly blades.

Production records for wind in Europe were broken on 3 January, with 2,128GWh generated, accounting for 22.7% of the continent’s electricity mix.

A report by the International Renewable Energy Agency predicts that the global weighted average generating costs of onshore wind will fall from $60/MWh in 2017 to $50/MWh by 2020, with the best onshore projects delivering at just $30/MWh.

The total value of investments in the wind-power sector in 2017 amounted to $107 billion, the lowest annual figure since 2013.

"After the first wind auction, the market just collapsed as most of the utilities refused to buy new wind power under previous Feed-in-tariff (FiT) rates, which were significantly higher than the bid price.

"It was hard convincing policymakers and regulators the auctioned tariff was not the new standard. The resulting uncertainty in the market stopped project activity," Kymal says.

Wind energy reaches the tipping point, our annual review of electricity generation costs concludes, with subsidy-free projects emerging in a number of countries.

Vestas and SGRE leapfrog Goldwind as the leading OEMs in terms of new installations in 2017.

Together with GE Renewable Energy, these four companies are dominating the wind market.

SGRE unveils a new 2.75MW turbine with a rotor diameter of 129 metres, aimed at low- and medium-wind sites in the US.

Blades for the new turbine will be made at the company's factory in Fort Madison, Iowa, while its nacelles and hubs will be assembled at a factory in Hutchinson, Kansas. 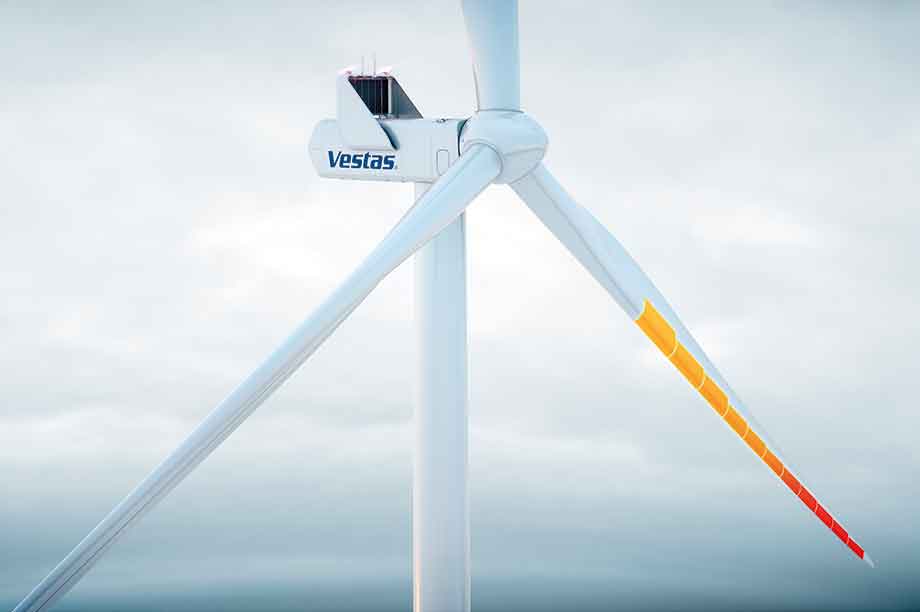 A weighted average of €46/MWh was slightly above the prices agreed in the previous tender in April 2016.

All of the 2GW capacity on offer was captured by six bidders.

Vestas adds to its cold-climate solutions with an anti-ice system that uses "intelligent" electrothermal elements along the length of the rotor blade.

"One of the key challenges with these types of system has been the power consumption. How can you have a good balance of power consumption in the system so you don't waste too much energy?" says Vestas senior project manager Brian Daugbjerg Nielsen.

GE unveils the first details of what could be the world’s most powerful offshore wind turbine, the 12MW Haliade-X.

The firm will spend $400 million on engineering, testing and supply chain development for the 220-metre rotor machine. 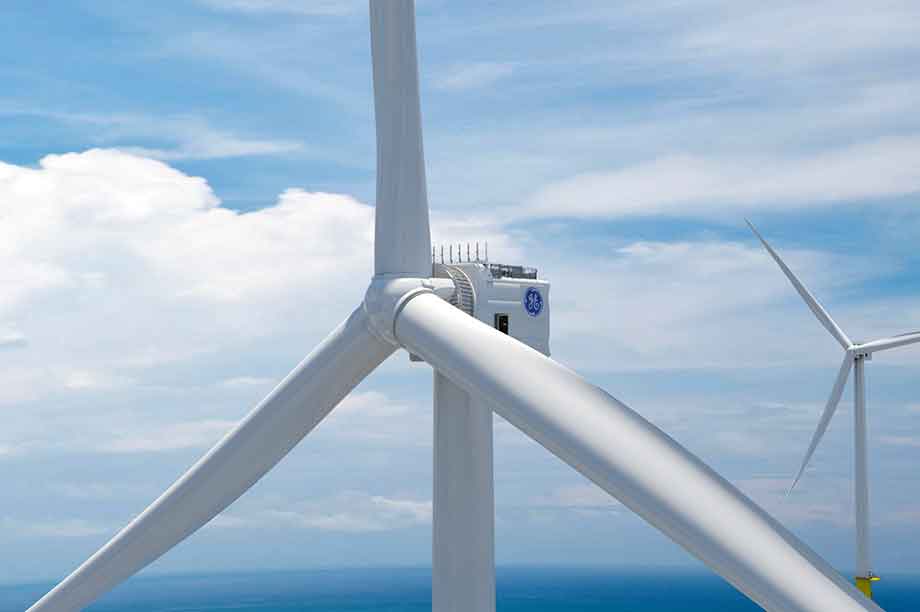 France sees a 23% drop in wind prices in its latest onshore wind tender.

Twenty-two projects totaling 508.4MW were awarded at an average price of €65.40/MWh. Nordex, Quadran and Wpd are successful.

Vattenfall wins the licence to build a 700MW project without subsidy in the Netherlands’ latest offshore tender.

The two-phase 700MW Hollandse Kust Zuid site is due online in 2022, prior to two other subsidy-free sites set to be commissioned in 2024 off Germany.

RWE will take on Innogy’s and E.on’s renewable energy assets as well as a 16.67% "effective participation" stake in E.on.

Markets such as Denmark, the UK and Germany have a slightly higher average due to their offshore markets.

FTI also predicts wind capacity deployment will remain concentrated in just 15 markets over the next decade.

Iberdrola, Ørsted and Innogy are among the winners, as €0/MWh bids are once again successful.

Members of both industries brand the process a failure. "Pitting two most important pillars of our future energy system against each other is inefficient and not effective.

"Instead, we need an intelligent mix of the two technologies," says BWE president Herman Albers. 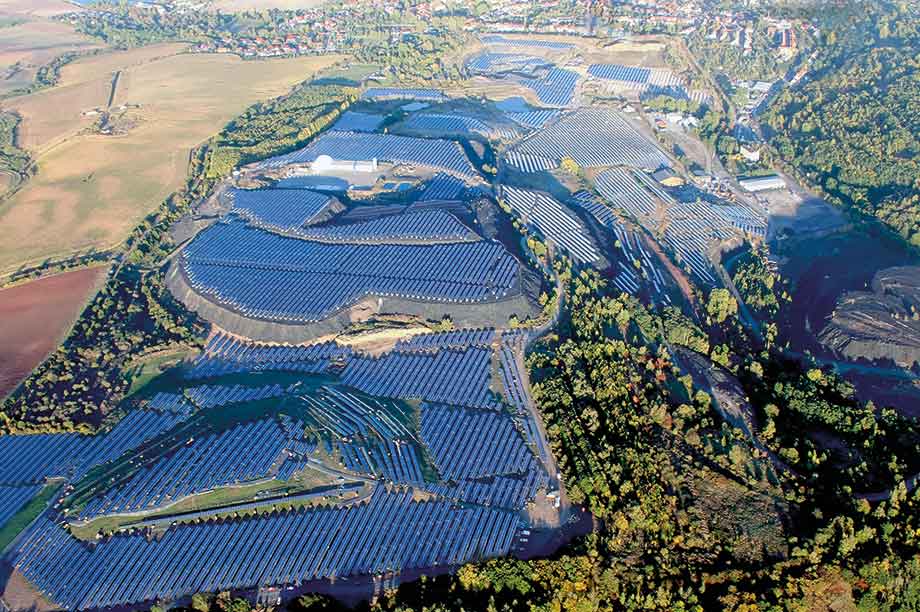 The plant is a temporary structure and produces three towers a week.

Analysts at consultancy Energy Brainpool predict wind-generated hydrogen could be produced at a lower price than natural gas, but it relies on there being excess renewable energy on the grid.

Wind-produced hydrogen could cost as little as €32/MWh by 2040, while natural gas prices could grow to €42/MWh.

The majority of the projects — 2.4GW — will be built off the coast of Changhua county in the west of the country.

Enercon's Hans-Dieter Kettwig signals a change in strategy for the German OEM at the Hanover trade fair.

Kettwig believes "things can’t remain as they are" in terms of the company’s manufacturing footprint, suggesting a more international base may be on the cards. 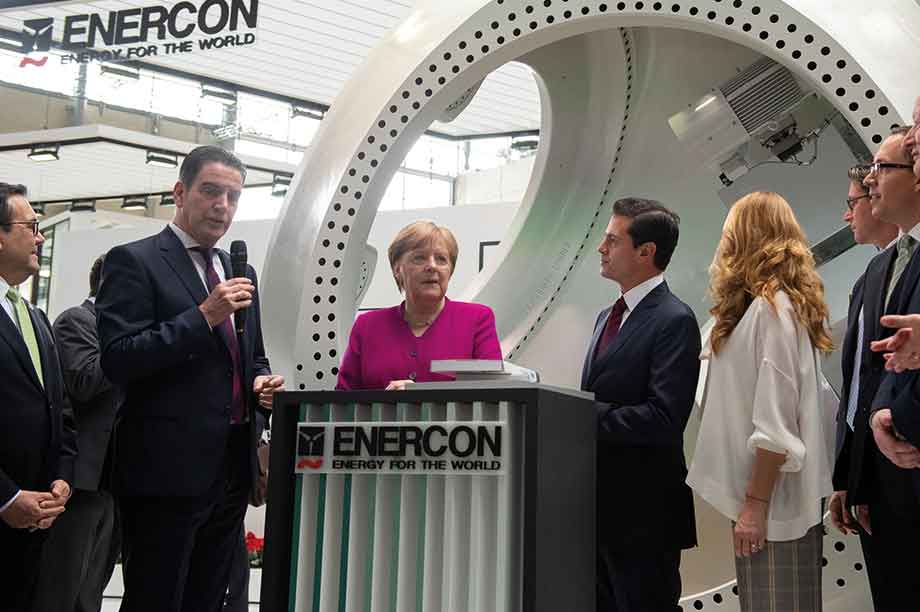 A German onshore-only tender is undersubscribed for the first time.

This results in a €10/MWh rise in the weighted average price to €57.30/MWh compared to the successful bids in February’s auction.

But the timing is curious, having just reported one of its best-ever quarterly totals, with turbine orders up 37% year-on-year after a tricky 2017.

Windpower Monthly looks at airborne wind energy systems and the impact they could have on the industry. 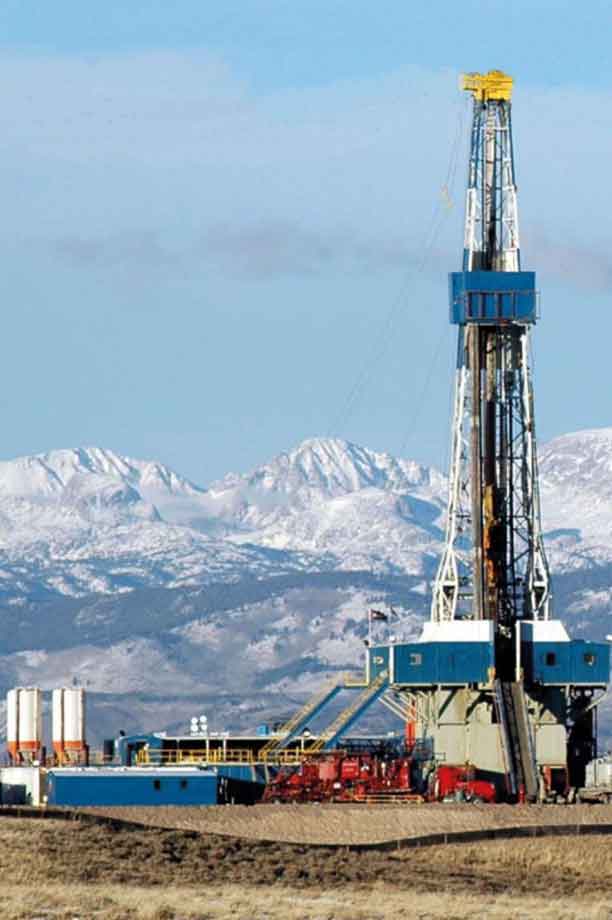 US conglomerate GE announces plans to separate from its Baker Hughes oil and gas subsidiary.

The reorganisation of the firm will focus around its renewable energy, power and aviation divisions.

We shine a spotlight on the planning dilemma facing Germany as permitting decisions slow, resulting in undersubscribed auctions and a rise in prices.

Problem hotspots are the states of Bavaria, North Rhine-Westfalia and Schleswig-Holstein.

Senvion’s North American chief says the company is going "all in" with its new 4.2MW platform in order to get ahead of the competition in the market.

"The reality is I think it really covers most of the US. This is what I am excited about," Lance Marram tells Windpower Monthly.

In another interview with a leading executive, Vestas’ Nils de Baar explains why the manufacturer acted outside its comfort zone by signing up to not only supply turbines to a project, but to also take an equity stake in the site.

"From a financial perspective, it is a stable, attractive market, very low on the risk side, and with some strong partners," de Baar says.

It sees an extra 2.4GW of offshore wind capacity to be auctioned off, and €564 million to potentially support onshore wind turbines in technology-neutral auctions.

However, the number of turbines in Denmark is set to fall by more than half by 2030 as projects are decommissioned.

Check back after Christmas to find out what else happened in 2018.

If you wish to partner with Windpower Monthly in 2019, you can find out more details here.