Two offshore zones (pink and purple) were awarded priced at $135 million and a third (green) at $135.1 million.

All three bids are more than triple that of the previous highest lease bid in the US.

The record was Equinor’s US subsidiary's bid of $42.5 million to lease a 319km2 site in December 2016 off New York. It is now being developed as the Empire Wind site. 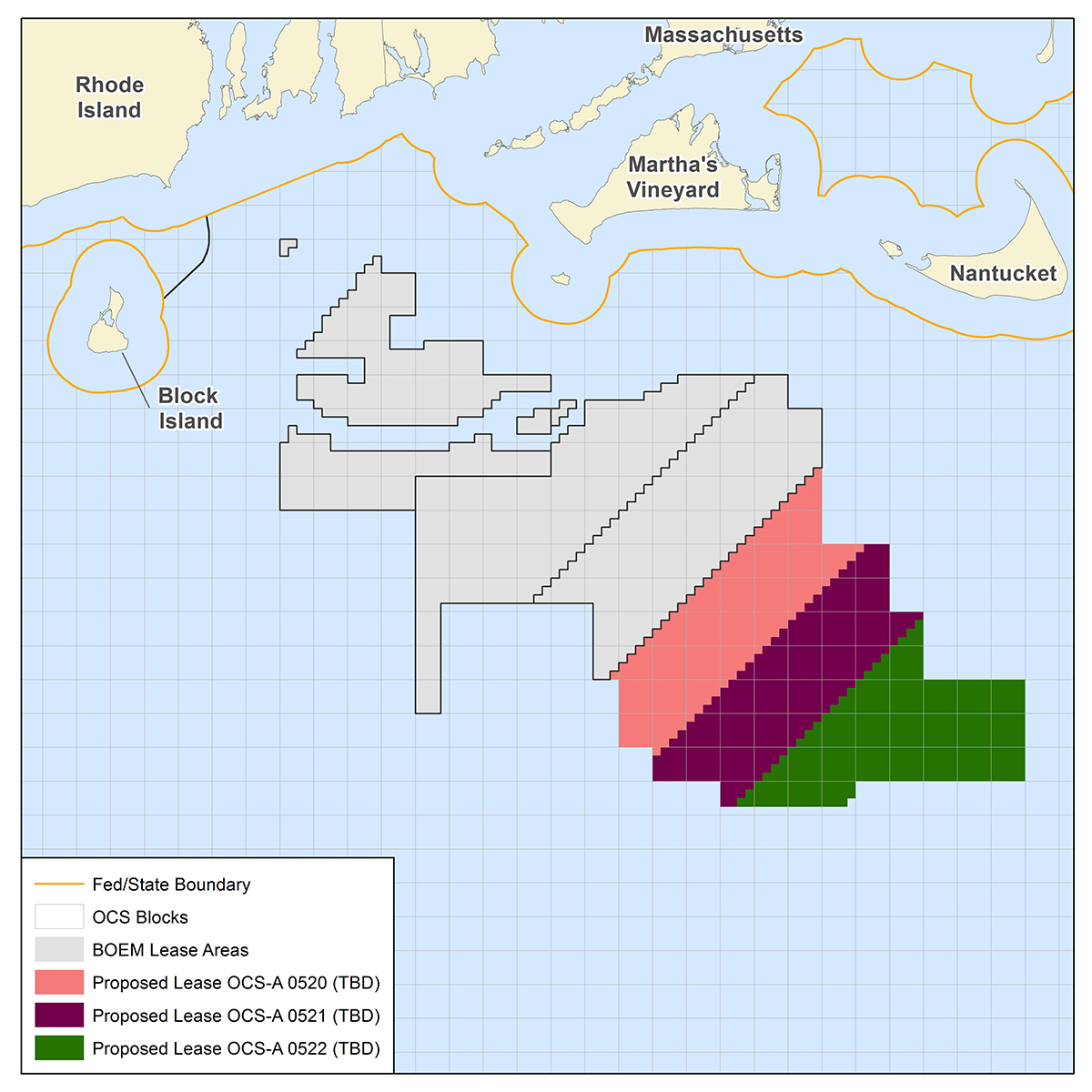 "We are truly blown away by this result. It's an indication of the growing industry of offshore renewable energy. The results make me optimistic about the future of the offshore wind sector," he told reporters.

In a measure of how fast offshore wind is moving in the US, in January 2015 the BOEM's lease sale for the same area of federal waters off Massachusetts attracted no bids at all.

This time the online auction lasted a day and a half and consisted of 32 rounds with sometimes frenzied bidding.

The BOEM estimated approximately 4.1GW of wind capacity could be built across the three lease areas.

The provisional winners must be vetted by anti-trust regulators and the Department of Justice over the next 30 days.

The remainder of the multi-year permitting process before construction can begin must be completed by the potential developers within five years and six months.

The clock then starts ticking on a 33-year lease for both construction and operation of the project.

"These lease prices, and the fact that we had 19 companies eligible to bid on these leases, is great news for the overall US offshore wind marketplace," said Liz Burdock, CEO of the Business Network for Offshore Wind.

"Remember that just three years ago, these lease areas had no bidders at all.

Get more reaction from the auction here

Ørsted is now developing the zone as the Bay State Wind project.

A joint venture of Copenhagen Infrastructure Partners (CIP) and Iberdrola's US subsidiary Avangrid Renewables is now developing the area as the 800MW Vineyard Wind project.

The Vineyard Wind JV will now be able to benefit from economies of scale across the two lease areas it now has off of Massachusetts. 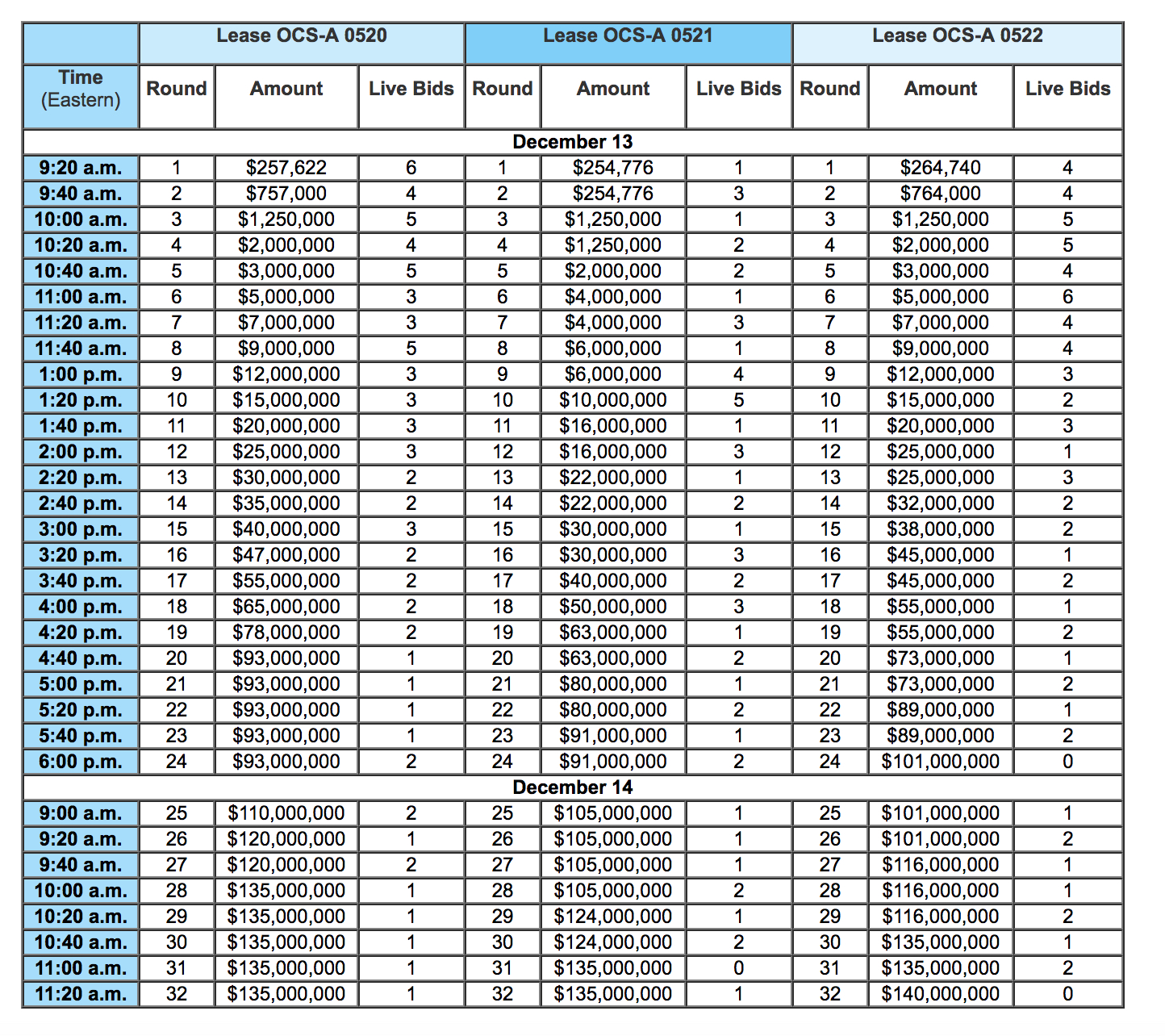 Bid prices escalated rapidly before the tender was paused on the evening of 13 December — with a combined $285 million ($91 million-$101 million) offered across the three lease areas.

Following the latest auction, the BOEM has 15 active wind leases.

"These lease sales have generated more than $473 million in winning bids for nearly two million acres [8,000km2] in federal waters. Money received from offshore wind lease sales go to the US Treasury," the BOEM said.