Nearly 229TWh could have been produced by clean energy sources by the end of the year, according to the Centre for Solar Energy and Hydrogen Research Baden-Württemberg (ZSW) and the federal association of the energy and water industry (BDEW).

However, the researchers believe the current pace of clean energy installation is not enough for Germany to meet its target of sourcing 65% of its energy from renewable sources by 2030.

The BDEW’s chairman Stefan Kapferer said: "We need speedy special tenders for offshore wind. The potential is a long way from where we are now.

"We also need planning and investment security for onshore wind projects. Promoting acceptance for wind power projects and the much-needed expansion of the network is even more important." 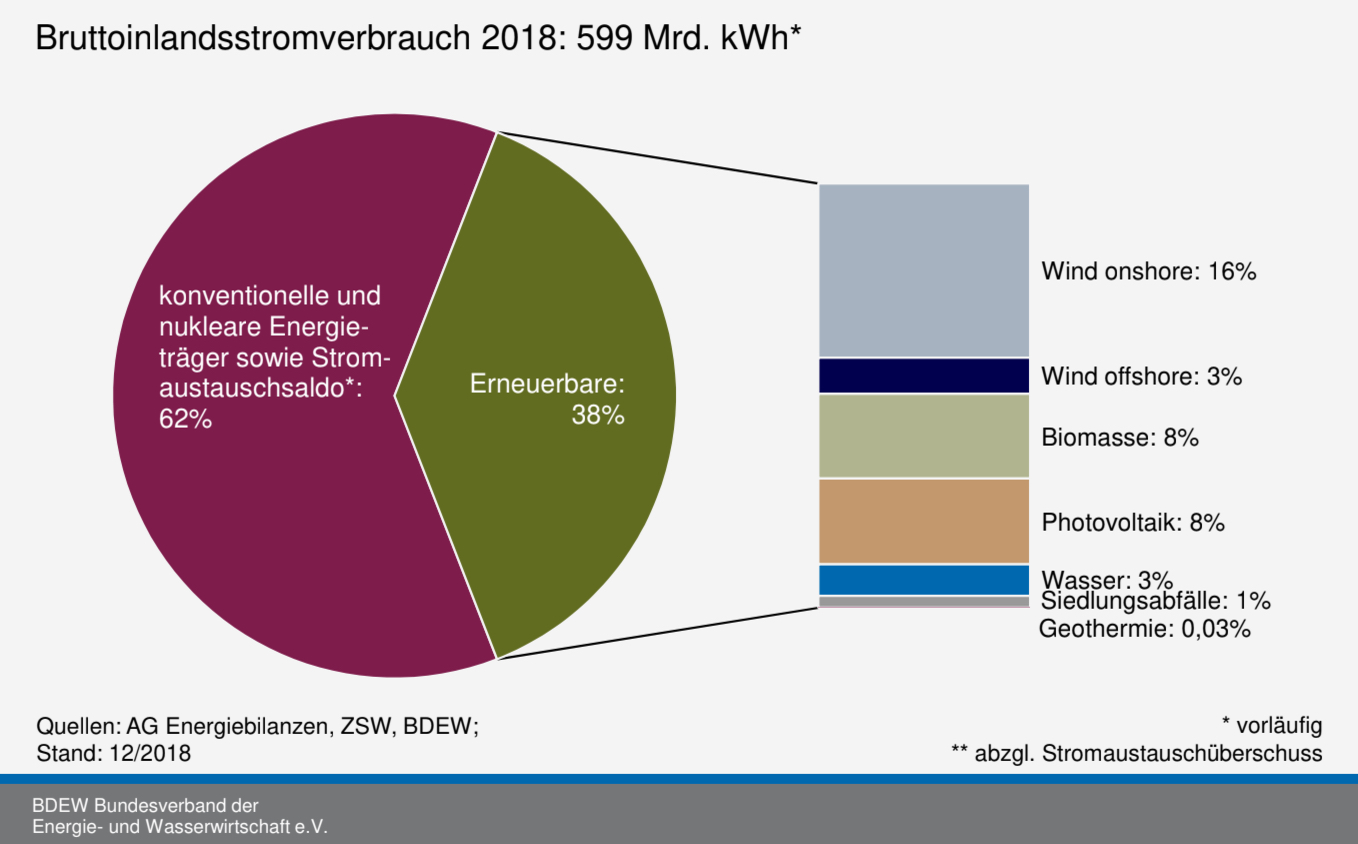 Onshore wind is forecast to produce 94TWh this calendar year — 16% of the expected 599TWh gross electricity consumption — the largest contribution of any renewable energy source. Its output is set to increase by nearly 7% year on year.

Solar PV (more than 46TWh) and biomass (52TWh) are also set to increase year on year, up nearly 18% and 2% respectively.

Hydropower output in Germany may drop more than 16% to 17TWh, following a prolonged period of drought in 2018.

The government approved plans to tender an extra 4GW of onshore wind between 2019 and 2021, and up-to 1.15GW in technology-neutral auctions in November.

However, offshore wind auctions were left out of this agreement.

It aims to simplify planning procedures by waiving the need for federal approval when a more powerful transmission line simply replaces an existing route, for example.

"Unfortunately, we still lag behind with the network expansion. This is also due to the lengthy approval process."

He added: "With the amendment, we accelerate the procedures without lowering environmental standards — for example, to protect against electrical and magnetic fields."

Stefan Kapferer, the chairman of the federal association of the energy and water industry (BDEW) welcomed simpler permitting processes and compensation payments for farmers and foresters.

However, he added that clarity was needed as to the role of renewable energy projects and combined heat and power (CHP) in grid stabilisation measures.