The spread-eagled 900kW turbine structure was installed at the Technical University of Denmark’s test site, near Roskilde, east Denmark, in early 2016 as a research and development project.

Vestas wanted to use the testing programme to validate scaling rules and load-measurement technology, according to Vestas lead engineer Erik Miranda.

"Wind turbines have grown over the last decades, which has driven down the cost of energy," Miranda explained.

"But we wanted to see whether there would be another way of [increasing] wind turbines size, apart from just extending the blades." 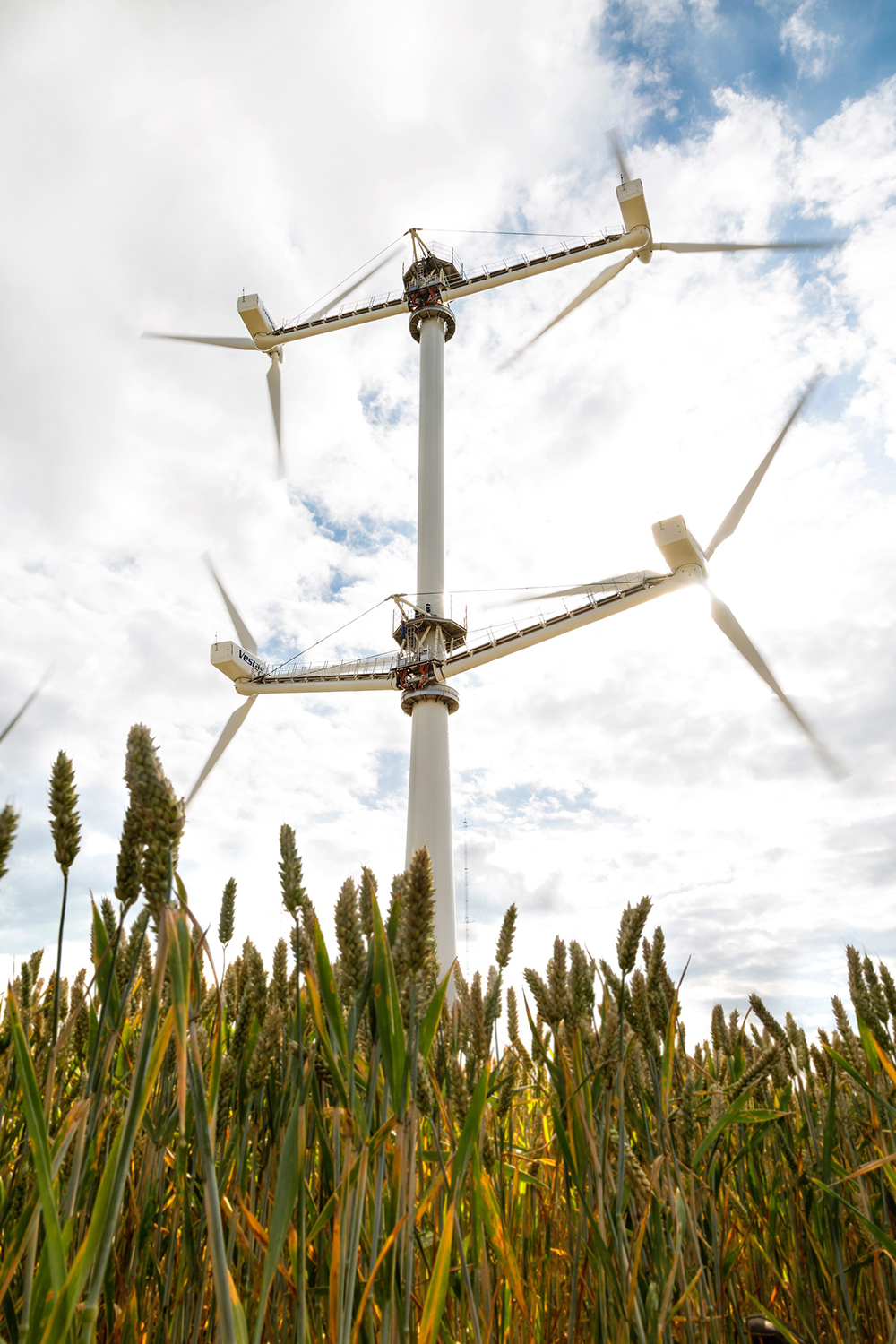 A multi-rotor turbine is not a new concept, but considering the size of components on traditional, single-rotor-single-turbine machines, and the logistical challenges they pose, it was time to have another look at a multiple-rotor design, Miranda said.

"We saw that the challenges are becoming bigger and bigger and thought maybe it’s now time to bring that concept up again.

"It was definitely worth giving it a chance.

"One of the major technical uncertainties we identified was: would we be able to simulate the loads of such turbines, as they are a very different concept from what we know?

"Also would there be any interaction between the blades, some aerodynamic interaction causing a change to power curves, noise or loads?" Miranda said.

"The test results are encouraging and show that by being innovative and [with] out-of-the-box thinking, it is possible to effectively challenge the scaling rules and the conventional industry wisdom that turbines are to increase in size in order to reduce levelised cost of energy."

Results from the testing campaign are due to be published in full in summer 2019 in scientific journal Wind Energy Science, but a draft version will be published for review in early January.

The preliminary results of the campaign include the quantifiable power gain witnessed in the 900kW turbine.

"There is a power gain of 1.5% (in annual energy production) due to the interaction between the rotors for the multi-rotor turbine with four turbines.

"This 1.5% is compared with a rotor running alone where there’s no interaction with the neighbouring turbines," Miranda explained. 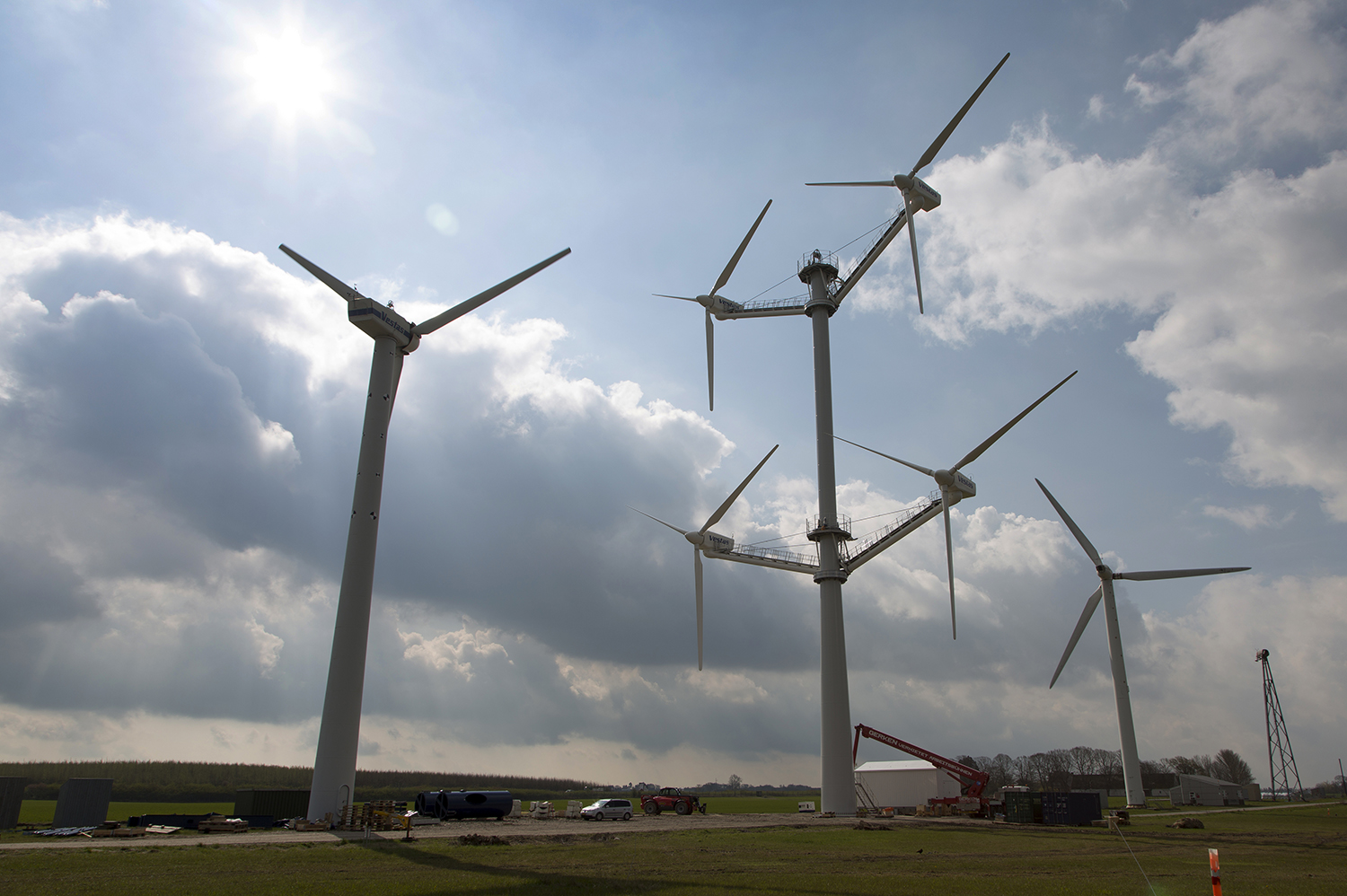 The slight increase in power production is a result of the multi-rotor concept having an improved power curve up to rated power.

This means it can reach the nominal power rating of the turbine quicker than the traditional turbine.

"If you check the power curves at the point where it is flattening out, everything below rated power, where it is not producing nominal power, that’s where you will see an improvement."

Elsewhere, Miranda and his team witnessed a negligible load increase on the 12 rotor blades, but concluded this was so small that the lifetime of the components would be unaffected.

Noise production from the turbine was also no greater than a single rotor machine.

Interestingly, the four-rotor turbine design also has a faster wake recovery behind the turbine, meaning if it was installed in a real-world setting, the turbines could be packed closer together without affecting each other.

It is believed the faster wake recovery is the result of the combined rotor perimeter of the turbine being twice that of a single-rotor turbine with same swept area. 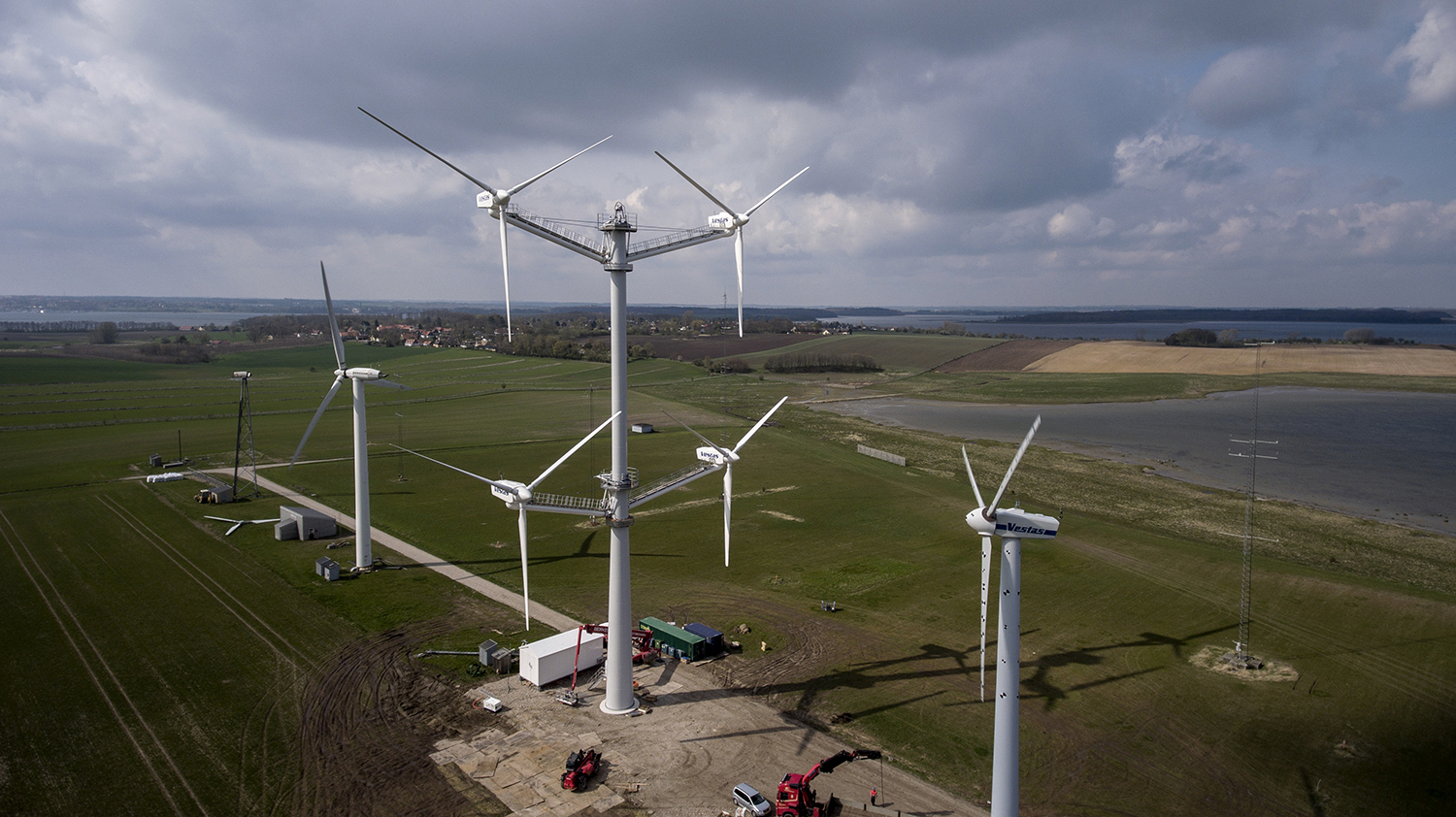 As well as learning more about a four-rotor concept, Vestas also gained knowledge for its testing and measurement processes.

"You could say one of the findings we had on our journey on the last two years was that doing the results measurements is something you need to plan very carefully for.

"It’s a huge machine, and there are lots of sensors. We definitely learned that we need to set aside time [to work out] the way we install the sensors on the turbine and the way we calibrate them.

"We recalibrated the sensors in various ways a couple of times before we really trusted the results. There were a lot of lessons on what we set up and in the processes of how we deal with a multi-rotor."

Now the prototype is being taken down.

The turbines will be put in a warehouse and potentially installed on single-rotor machines once again, while the metal items, such as the flexible arms, wires and aluminum will be recycled, the manufacturer said.

When the industry may next see a multi-rotor turbine, however, is unclear. Miranda is moving on to new research projects and the machine with its wide open arms has been cast to the history books. 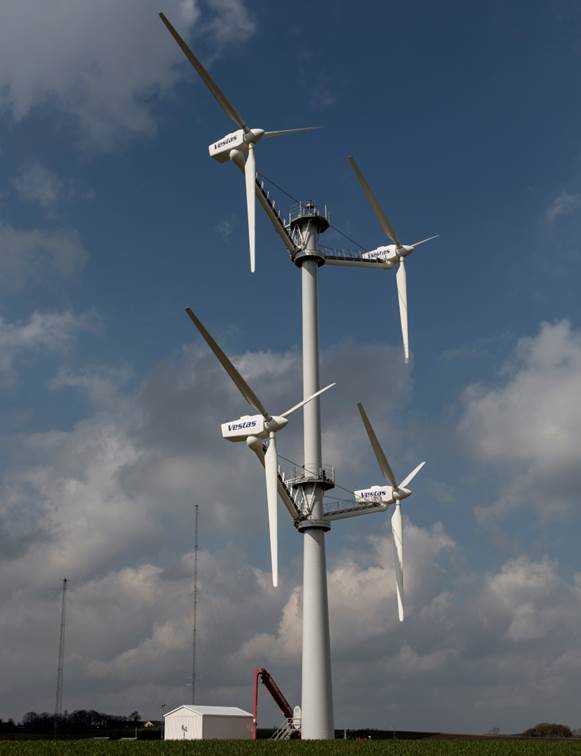 But the campaign has opened the door for future possible novel models that challenge the perception of what a wind turbine should look like.

"There will be need to have more conversations about whether it is a feasible concept in total, because we were focused on the technical uncertainties and have clarified those.

"We can conclude that our models work and we haven’t found any huge technical uncertainties by producing a multi-rotor.

"But there will be a lot of other commercial questions to answer before this can be taken further if that’s the case," Miranda concluded.