In higher wind speeds the blades will be able to bend or twist, presenting a smaller impact surface to the wind, the researchers explained.

This will reduce the overall load, and increase the service life of the turbine and its power yield.

Three 20-metre long blades have been installed on a test turbine at the US Department of Energy's National Wind Technology Center in Colorado.

Situated on the edge of the Rocky Mountains, the centre experiences wind conditions that vary from very low speeds to more powerful gusts.

This enables testing in a variety of environmental conditions, Fraunhofer IWES added. 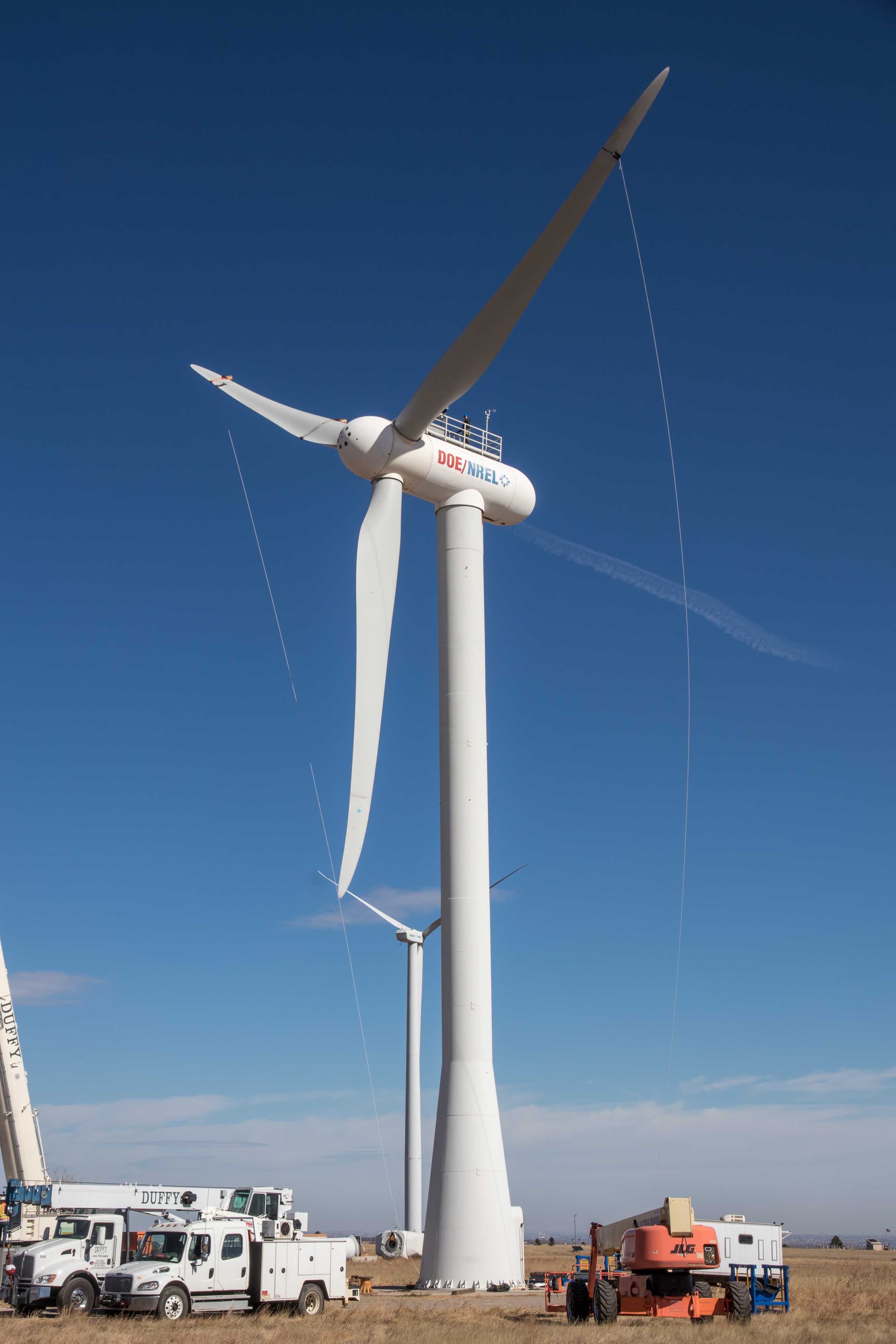 The blades have now been installed (pic: Lee Jay Fingersh)

A light detection and ranging (Lidar) measurement device will be fitted on top of the nacelle to analyse the wind field behind and in front of the turbine.

The blades will be assessed in natural wind and weather conditions over the next four months.

Researchers will then compare the data collected in Colorado with simulation models used to predict the blades’ behaviour. This work is due to end in autumn 2019.

The researchers hope to clarify how well the rotor blades are able to effectively dampen peak loads during strongly variable wind speeds.

Results will serve as a basis for further development of smart rotor blades.

Fraunhofer IWES is carrying out the research alongside the German Aerospace Centre (DLR) and the University of Oldenburg’s Centre for Wind Energy Research.

The systems controlling the blades’ behaviour were designed by the (DLR), Fraunhofer IWES, and German manufacturer SSB Wind Systems.