Following a meeting with key stakeholders, the Crown Estate, which is responsible for the coastal waters around England, Wales and Northern Ireland, said it would work on refining the areas ahead of launching the fourth round of offshore lease areas. This is expected to take place in 2019.

It said it would likely increase the capacity offered from 6GW to 7GW "in light of strong market appetite and the desire to ensure a sufficient pipeline is in place".

The available regions have also been extended to include water depths up to 60 metres — up from the previously offered 50 metres — as a result of feedback from the industry. 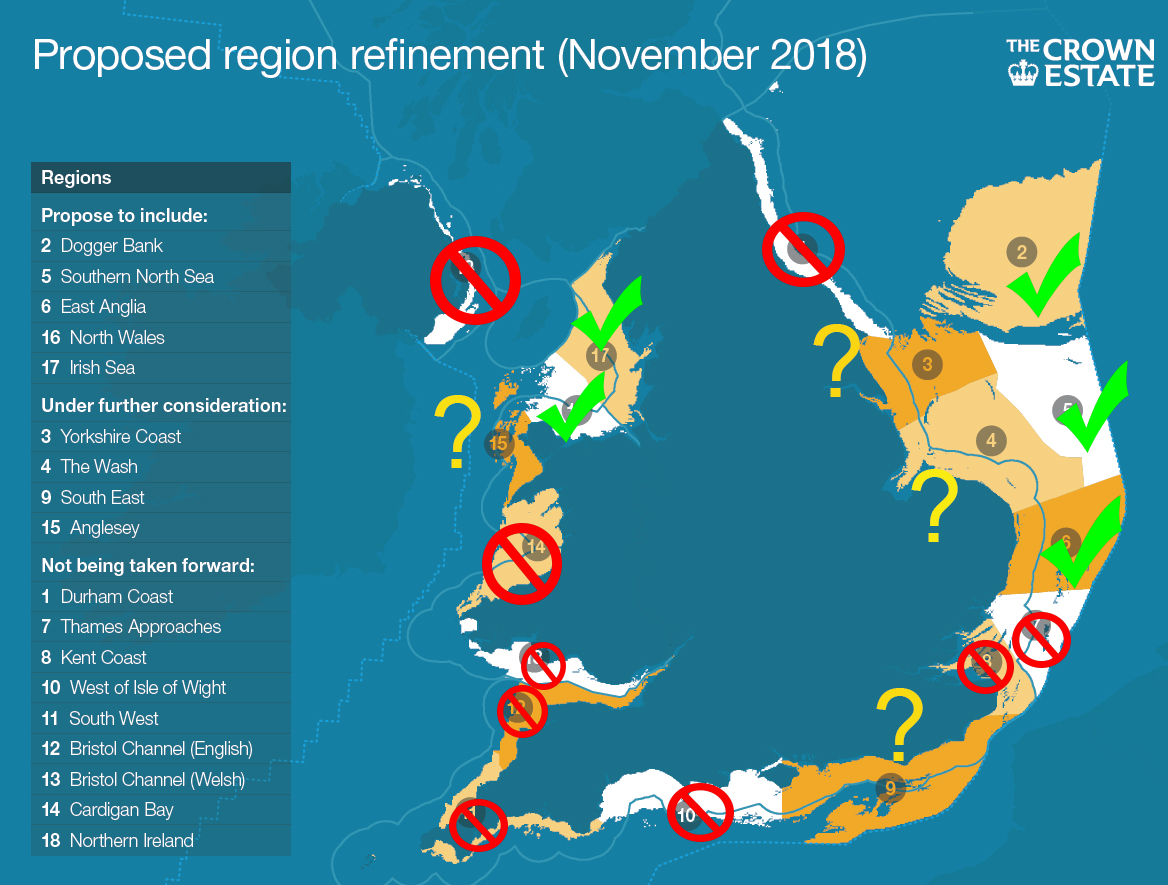 Five regions have been identified as to be included in the leasing round: Dogger Bank, southern North Sea and East Anglia, off England’s east coast; and the North Wales and the Irish Sea regions — located off the north-western coastline in England.

A further four regions will require further consideration to "build the evidence base… in order to better understand the seabed resource and constraints".

These include the Yorkshire coast, the Wash and the south-east regions off England’s east and southern coasts, and the Anglesey area off north-west Wales.

Finally, nine identified areas will not be taken forward on the grounds of "significant development constraints" including visual impact and shipping concerns.

The Crown Estate added this did not mean these nine regions would be excluded from future leasing rounds, merely they would not be taken forward at this time.

A further event for stakeholder engagement is due to take place on 26 November, after which the Crown Estate will provide further details on the proposed tender design for the leases.

Meanwhile, research and development body, the ORE Catapult, has named four new areas for innovation in the UK offshore space.

New research roadmaps have been added to the Offshore Wind Innovation Hub — a joint programme between ORE Catapult and the Knowledge Transfer Network initiative run by Innovate UK.

Stephen Wyatt, ORE Catapult’s research & innovation director, said: "The new roadmap elements we’ve introduced offer even more opportunities for companies to get involved in the success story that has been the UK’s offshore wind sector — whether by developing new technologies and ways of working, or by pulling through technologies and expertise from other sectors."

ORE Catapult said the roadmaps prioritise the innovation needs for the sector, set technology challenges and call for solutions, offering more companies the chance to be involved in the industry.