However, in some key wind-producing regions, resources were around 20% lower than long-term averages, wind performance maps (below) released by Vaisala show. 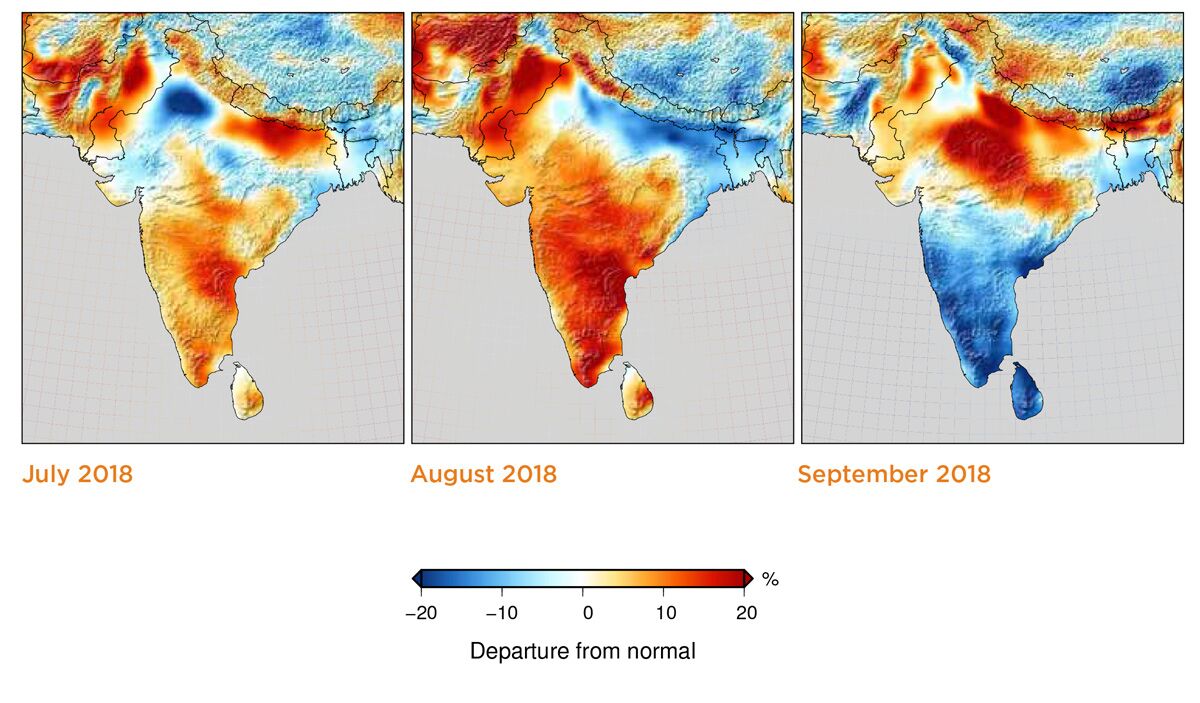 This runs counter to an observable trend over the past 20 years of declining wind speeds during monsoon season and particularly low wind speeds in the past three or four years, Vaisala stated.

The measurement specialists added  the lower wind resources in recent years had had a "disproportionate" impact on production at wind farms.

However, the wind speeds recorded in 2018’s monsoon season would have benefited wind farm production in India, Vaisala stated.

Rajnikanth Umakanthan, managing director of Vaisala subsidiary, 3Tier India, said: "Improved resource performance over this past monsoon season, when set in the right context, can show investors the sector has real potential, and should signal a boost to investor confidence in India’s wind industry."

The two states have 3.8GW and 2.5GW of operational projects, according to Windpower Intelligence, the research and data division of Windpower Monthly.

However, while wind speeds in the south of India — including Tamil Nadu and Andhra Pradesh — were higher in July and August, they were around 20% lower than the long-term average in September.

Lower-than-average resources were also recorded in the north in July, according to Vaisala’s wind performance maps.

"The variability we see in resource performance underlines the value of using a long-term climate context when performing wind resource analysis.

"Currently, financial performance is judged against ever-lower tariffs — even in less windy states — so it is important to contextualise that with a longer-term view of climate effects," Umakanthan added.

Vaisala added that a data-driven scientific approach to wind resource assessment could help developers demonstrate the value of investment in their projects.