The Beijing-Tianjin-Hebei area project has been developed by the State Grid Corporation of China (SPCC) and will be able to deliver power to 9 million people, the Swiss firm said.

The pilot system will be strengthened with pumped hydro storage, ABB added.

It will supply valves, wall bushings, transformer components, semiconductors, and high voltage capacitors to the project.

The looped design is a novel approach. By connecting four regional substations, it increases the dependability of the electricity being delivered. 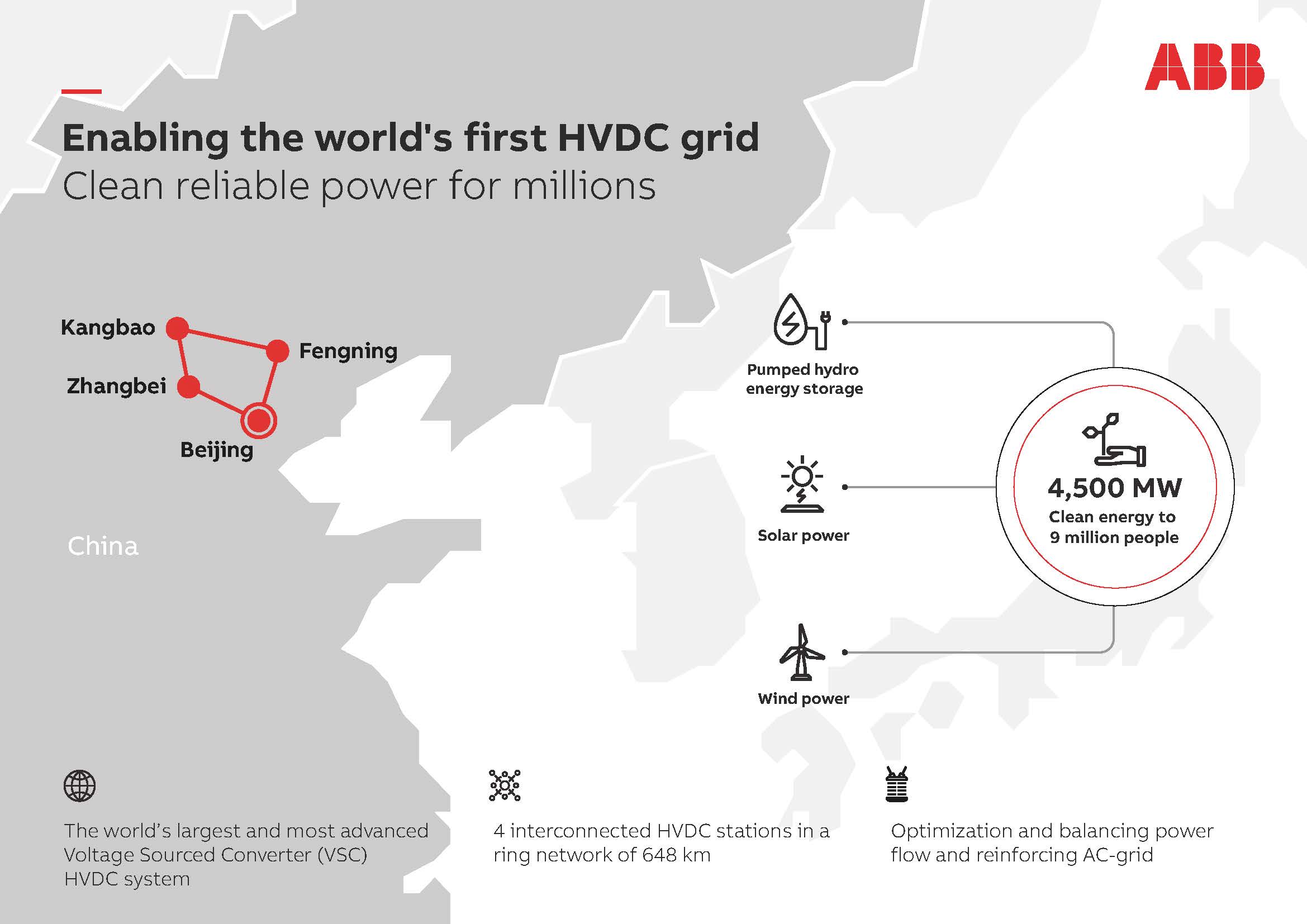 "HVDC is a highly efficient technology for transmitting large amounts of electricity over long distances with minimal losses.

"Traditionally, they are point-to-point links, but the Zhangbei pilot project is unique because several stations are connected with each other in a network, optimising the use of renewables while ensuring reliability of power supply," ABB said.

The project is expected to be commissioned ahead of the 2022 Winter Olympics, being hosted in Beijing.