There is also a strong near-term pipeline of nearly 38GW, said American Wind Energy Association (AWEA) in its Q3 2018 report.

An installation boom is under way in the US right now as developers rush to qualify projects for the Production Tax Credit, which is being phased out, before it becomes uneconomical.

In addition to new capacity additions, developers completed 329MW of partial repowering across three projects in the quarter. 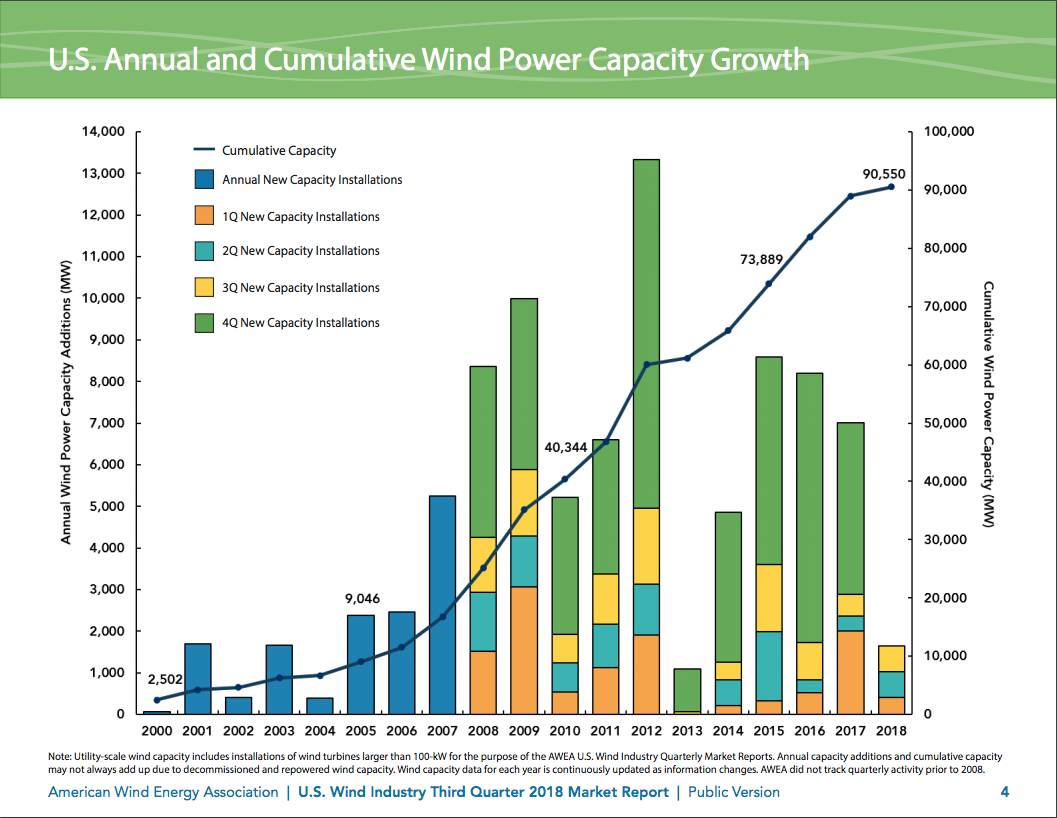 In early October, the trade body said the US was on course to install 8-9GW of capacity in 2018.

The volume of wind projects under construction or in advanced development were as high as at the end of June, although the 2GW Wind Catcher project was cancelled in late July because of regulatory delays.

In just three quarters of 2018, non-utility wind energy customers signed contracts for more wind power capacity than in any other year.

That includes 945MW purchased in the third quarter by customers including the first-time buyers Smucker’s, a jam company, as well as Boston University and Royal Caribbean Cruise Lines.

Cumulatively, non-utility purchases of wind power capacity in the US have so far exceeded 10GW.